Ohio has paid out more than $332 million in suspected fraudulent claims – based on 58,000 jobless claims that were submitted to the state’s unemployment office. 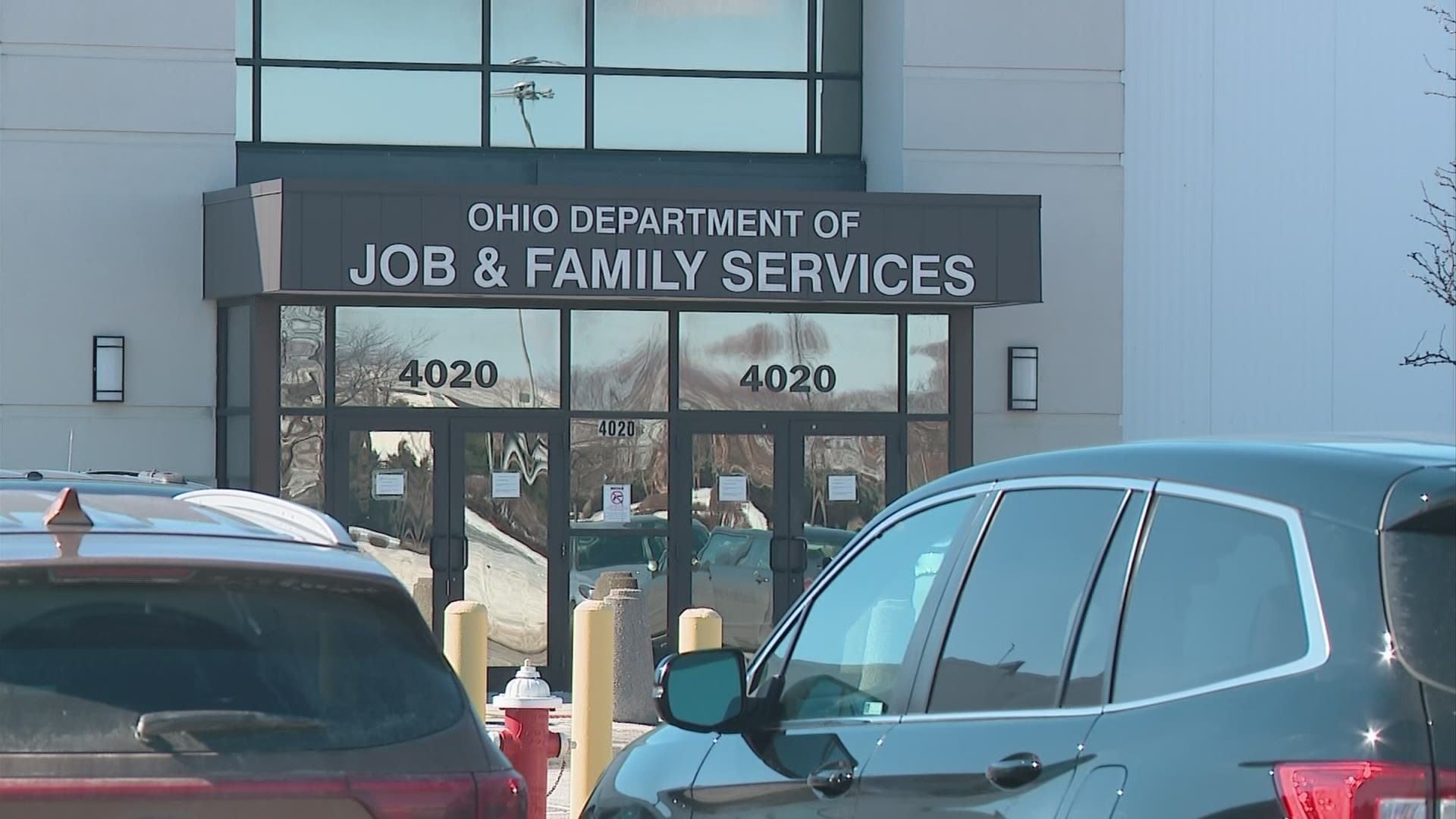 The latest job figures released Thursday by the Ohio Department of Job and Family Services show more than 101,000 new unemployment claims were submitted to the state last week.

Of those, nearly a third are suspected to be fraudulent.

It’s been a problem across the nation.

Here in Ohio, the state has paid out more than $332 million in suspected fraudulent claims – based on 58,000 jobless claims that were submitted to the state’s unemployment office.

Most of that money - $330 million – stems from suspected fraudulent claims submitted through the Pandemic Unemployment Assistance  – the federal program aimed at helping certain workers left jobless because of the COVID-19 pandemic.

“The final fraud determination process takes some time and December was the first month we reported a large amount final determinations to the U.S. Department of Labor,” according to ODJFS spokesman Tom Betti. “We have flagged hundreds of thousands of claims throughout last year as suspected of being fraudulent and the investigation of these claims continue.”

A report submitted last fall to Congress by the Department of Labor’s Office of Inspector General estimated that “at least $36 billion” in funding designed to address unemployment could’ve been improperly paid – “with a significant portion attributable to fraud.”

More than half of the states surveyed in a separate October OIG survey reported that the Pandemic Unemployment Assistance fund has been a target for would-be scammers.

In the last five weeks, an ODJFS spokesman told 10 Investigates that they have had over 5,700 employers submit reports of possible identity theft using the state’s online portal for a little over 16,000 employees.

The state has also received notifications from 134,000 individuals reporting identity theft – of those – 26,000 came from people living outside the state of Ohio.

10 Investigates found at least one small business which has been saddled with additional work because of these suspected fraud attempts.

CAD Concepts, Inc. and its subsidiary CCI Engineering Services in Columbus has about 25 employees, according to its account manager Mike Keller.

But over the past three weeks, Keller says he’s received more than 750 notifications from the Ohio Department of Job and Family Services, asking him to verify that his company has laid off hundreds of people.

In an effort to help prevent the state from paying out further bogus jobless claims, Keller has been in contact with ODJFS, who he says told him to build a spreadsheet to help the state identify which claims are legitimate from those that are not.

10 Investigates asked how many other companies in the state might be dealing with similar issues.

An ODJFS spokesman said he couldn’t say but again referenced that there have been 5,700 employers who reported identity theft issues.

Keller said he heard from one woman who notified him to tell him that jobless claim attached to her name was in fact bogus and that her identity had been stolen.

Unemployment fraud is a big problem and no state seems to be immune, according to Blake Hall, the CEO and founder of the company, ID.me, which Hall says has been hired by 21 other states (besides Ohio) to help states verify the identities of jobless claimants.

He says would-be scammers are using recipes found online – either through open sources or on the dark web – to help extract people’s personal information and use it to trying to make quick cash by filing for unemployment using someone else’s identity.

“It’s like a cancer that metastasizes. You have the initial experts and sophisticated actors but as soon as they open-source this guide, then everyone gets in on the action and tries to defraud the government,” Hall said.

ODJFS says it is working to flag additional false claims.

In an email to 10 Investigates, Betti wrote: “Our efforts to prevent fraud are stopping many of these claims before payments are issued. These will not be reflected in the numbers that are reported to DOL, as those reports are specific to fraud overpayments. In December alone, we stopped 100,000 fraudulent PUA claims before payments went out the door.”

With regard to investigating who is responsible, Betti wrote:

“This is an active investigation and we are working with federal authorities. ODJFS has implemented new fraud detection methods. However, like any banking institution or corporation, we are not at liberty to give specifics as we do not want criminals to know what we are doing to combat fraud.”

If you have a story you’d like us to investigate or have a tip for 10 Investigates, email us at 10Investigates@10tv.com