Since 2015, more than 16,000 emergency response vehicles in Ohio have been involved in crashes – 70% of them involved police cars, according to data from the state. 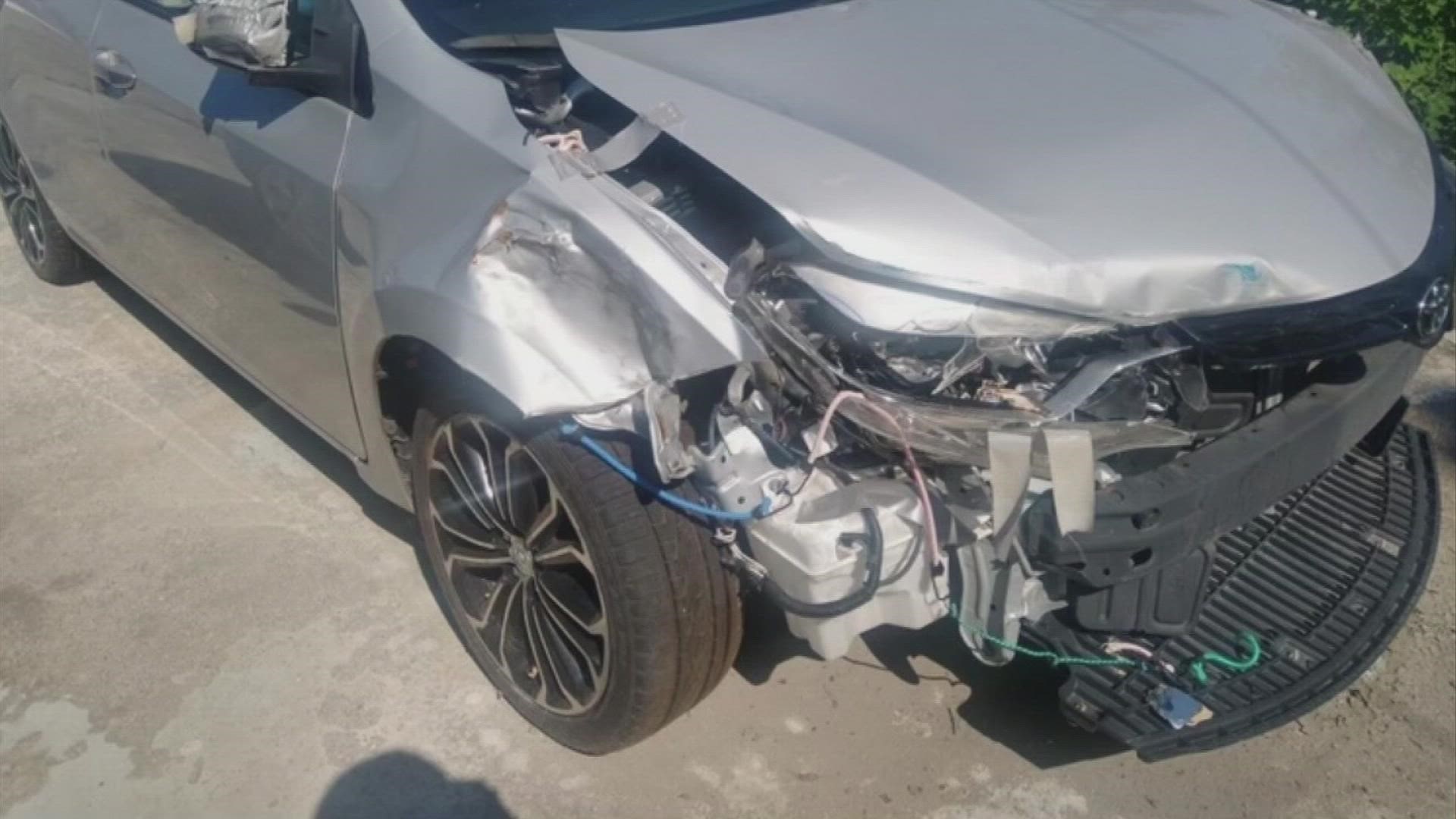 State Rep. Catherine Ingram, D – Cincinnati, says she is considering re-introducing a bill that would limit governments’ ability to claim they are immune from liability following a 10 Investigates report that detailed how the city of Columbus has routinely cited the state’s immunity law in denying claims from citizens involved in crashes with police cars.

Since 2015, more than 16,000 emergency response vehicles in Ohio have been involved in crashes – 70% of them involved police cars, according to data provided by the Ohio Department of Public Safety.

As part of our investigation, 10 Investigates reviewed 108 claims filed with the city of Columbus involving the Columbus Division of Police officers who were accused of causing property or vehicle damage and found the city denied paying for damages in 60% of the cases.

We also found that in one-third of the cases, the city did pay up - raising questions about how consistently the city claims its immune from paying damages.

“I feel for the 60 percent,” Rep. Ingram told 10 Investigates during an interview this week.

Efforts were made by Ingram and other lawmakers during the 133rd Ohio General Assembly to address this issue, but the legislation ultimately did not pass.

10 Investigates interviewed more than a dozen people who filed claims against the city and were denied.

While state law allows for some liability against governments, the law also provides immunity for certain government employees – including emergency responders and police officers responding to “emergency calls” which are defined as “a call to duty, including but not limited to” several circumstances that make “emergency calls” broadly defined.

That distinction is important, plaintiffs’ attorneys say, because it provides wide latitude for local governments to claim they are immune from paying for damages.

In a statement, he said:

“Ohio law grants the City immunity from financial liability in incidents where a police officer is performing a governmental function on behalf of the public, many of which are emergency situations. While we understand why some residents impacted by these situations may be frustrated when seeking compensation, following the law in these cases creates a fair and uniform way each individual case is evaluated, and prevents the City from picking and choosing who gets paid.”

10 Investigates has asked for clarity about the inconsistency with which the state has cited the immunity law in the cases we reviewed. As of Wednesday afternoon a spokeswoman for the office responded, saying in an email:

“In each case, we review the unique facts to make a uniformed and fair decision of whether or not the city is immune from liability under Ohio law.”