Records show the state had previously warned Mohican Young Star about its use of restraint holds involving children with behavioral and emotional needs. 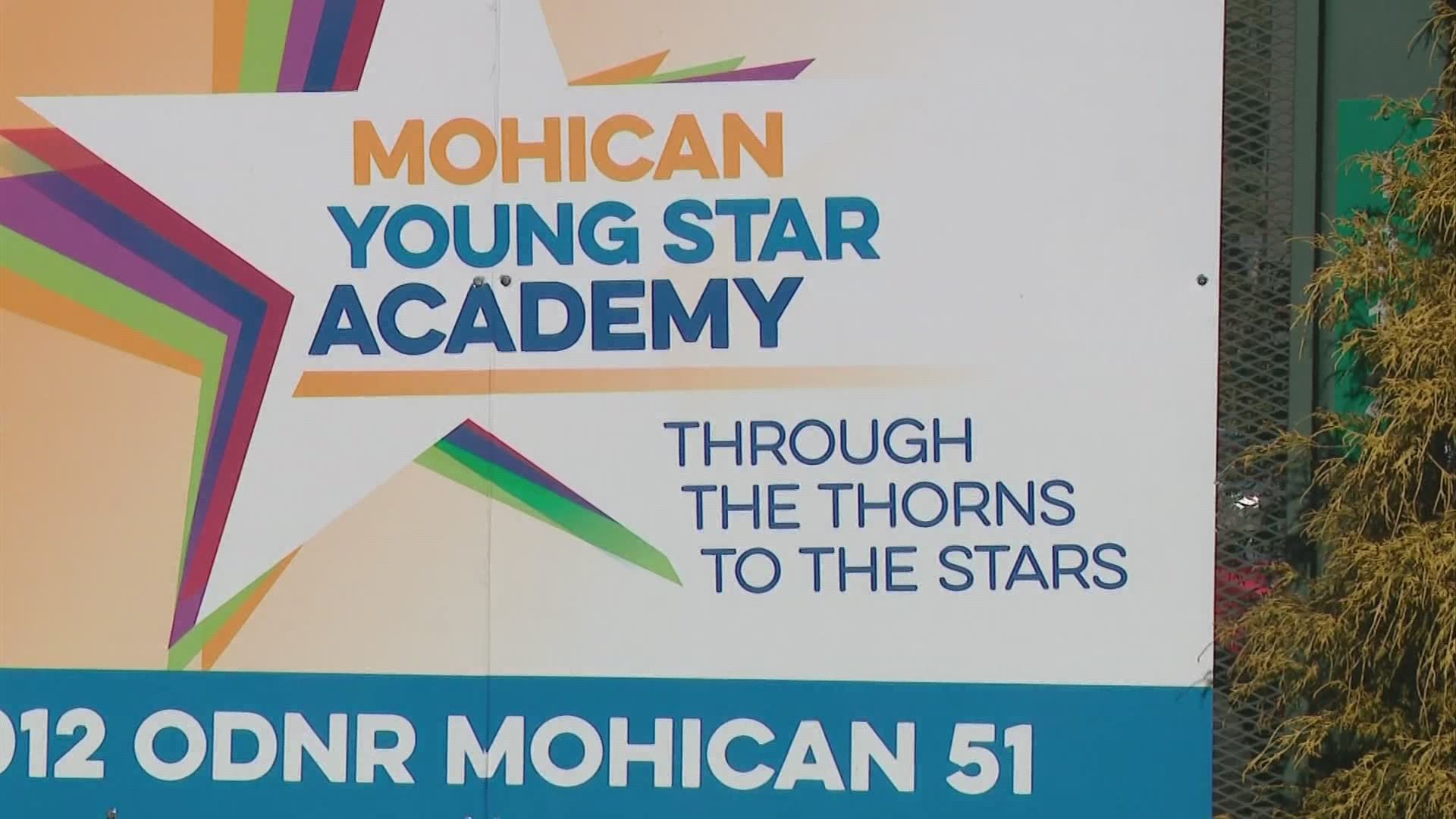 PERRYSVILLE, Ohio — Ohio’s attorney general is taking legal action against the operator of a youth behavioral treatment facility following a series of recent inspections that uncovered a “systemic use of illegal and unsafe restraints” involving children, according to a lawsuit filed by the Ohio Attorney General Dave Yost.

On Wednesday, Yost’s office filed a lawsuit in Ashland County Common Pleas Court against Mohican Young Star Academy, a behavioral treatment facility for boys ages 12 to 21. The approximately 80 children at the facility come from all over the state, 10 Investigates has learned through its own analysis of state records.

In his lawsuit, Yost accuses the facility and its employees of placing boys in painful restraint holds during their residential treatment at the facility. His office also alleges that there are unexplained gaps in surveillance footage and that facility failed to report some restraints to the state.

Yost’s lawsuit has asked an Ashland County judge to issue an injunction and remove Mohican Young Star Academy leadership from operating the facility – replacing them with a third-party receivership.

Late Wednesday afternoon, 10 Investigates learned that the emergency receivership had been granted, according to a spokesman for a state agency that licenses Mohican Young Star Academy.

But on Thursday morning, the court’s order was rescinded.

“The magistrate order was issued in error without consultation with Judge Forsthoefel. The magistrate order issued March 3, 2021 in the above captioned case is hereby vacated, as is any temporary restraining order and any appointment of receiver,” the court filing issued Thursday morning read.

A hearing on this matter is set for Tuesday at 9 a.m.

10 Investigates visited the facility on Wednesday, where its operator, Olga Starr declined to speak on-camera.

She did agree to do an interview on Friday. At the time of our phone conversation Wednesday, Starr declined to answer several questions related to the allegations but told 10 Investigates it was “completely unfounded” that video was missing and explained that any gaps had to do with the cameras’ motion activation system.

Yost’s office alleges there is more to it, writing that children told state inspectors that some restraints happened outside the view of surveillance cameras. In the lawsuit, Yost writes:

“It is fortunate that Defendant’s dangerous conduct, such as pinning children in prone restraints with multiple adults laying on top of them or putting items over their faces during restraints has not yet resulted in even more significant injuries or the loss of a child’s life….” However, fortune does not last forever. Leaving children at a facility where “if they catch you off camera, it’s over with” (is) too great a risk… to leave to chance.”

“… Ohio Attorney General Dave Yost filed a lawsuit on behalf of the Ohio Department of Mental Health and Addiction Services (OhioMHAS) to remove owners of the Mohican Young Star Academy from operating the facility after claims of improper restraints of youth and insufficient reporting. The current allegations brought by the office of the Attorney General are simply not true.

Mohican Young Star Academy provides youth with mental health and residential services. We take all allegations very seriously. The safety and well-being of our youth are paramount.

We have a zero-tolerance policy for abuse of any kind. Our facility carefully reviews every allegation of abuse or neglect and reports them to the youth’s county boards. In the past, Mohican has responded to substantiated allegations by firing and suspending employees involved in the improper treatment of youth. All external investigations agreed with our findings in every case.

Mohican facility is licensed to utilize physical holds – safe holds are crucial to protect all parties from imminent danger. As with other facilities that handle this population, aggressive delinquents comprise a segment of the Mohican’s residents. These youths come to the academy for treatment, often with a history of violent offenses. At the academy, they sometimes engage in violence with other youth and staff.

Mohican Young Star Academy has a stellar reputation for its excellent treatment outcomes, and Ohio counties consider the facility a top provider. We continually look for ways to improve the quality of care and treatment.

I went into this line of work because I know how important it is to address treatment from a healing perspective. Our youths’ mental health and physical safety are the cornerstones of everything we do – this is what creates our culture of transparency and trauma-informed care. I am looking forward to further discussions with OMHAS on ways we can better partner to continue to change youths’ lives for the better.

Because this is now a legal matter, we cannot provide any further detail.”

10 Investigates’ own review of incident reports and police records dating back to January of 2019 found the state was aware that children have repeatedly complained about and been treated for injuries following restraints.

As part of the state’s investigation, inspectors reviewed both surveillance video and “restraint logs” and interviewed youth residents kept at the facility.

During one incident on or about January 8th, 2021, state inspectors said that a staff member “repeatedly stretched, pulled, and twisted Resident 1’s arm… When interviewed by a Department surveyor, Resident 1 reported the restraint was “very painful.”

The lawsuit states: “On or around January 20, 2021, a child resident (“Resident 2”) was illegally restrained by Mohican Young Star staff members in a manner that threatened the health and safety of Resident 2. Resident 2 was approximately 17 years old at the time of the incident. Resident 2 was restrained for approximately 28 minutes. Resident 2 ceased to physically resist the restraint several minutes before he was released. Surveillance video shows a staff member hold a sweater or jacket on Resident 2’s face for several minutes during the incident. Defendant knew that Resident 2 had a history of asthma and breathing difficulties.”

A child listed as, Resident 3, told inspectors that his shoulder was dislocated during a restraint and that he had complained to a Mohican Young Star nurse about it, according to a copy of the lawsuit.

Yost’s lawsuit also names two employees involved in the restraint of children that allege they were harmed. Yost’s office is asking that those employees be removed and that a third-party provide, Wingspan, take over as operator of the facility.

So what spurred this most recent action?

The exact timing of this legal action by the state appears to have followed a complaint that the Ohio Department of Mental Health and Addiction Services received in mid-January from a former employee of the facility.

Prior to the state’s inspections in late January and early February, 10 Investigates had also filed a lengthy open records request asking for records related to restraints and other incidents at Mohican Young Star Academy.