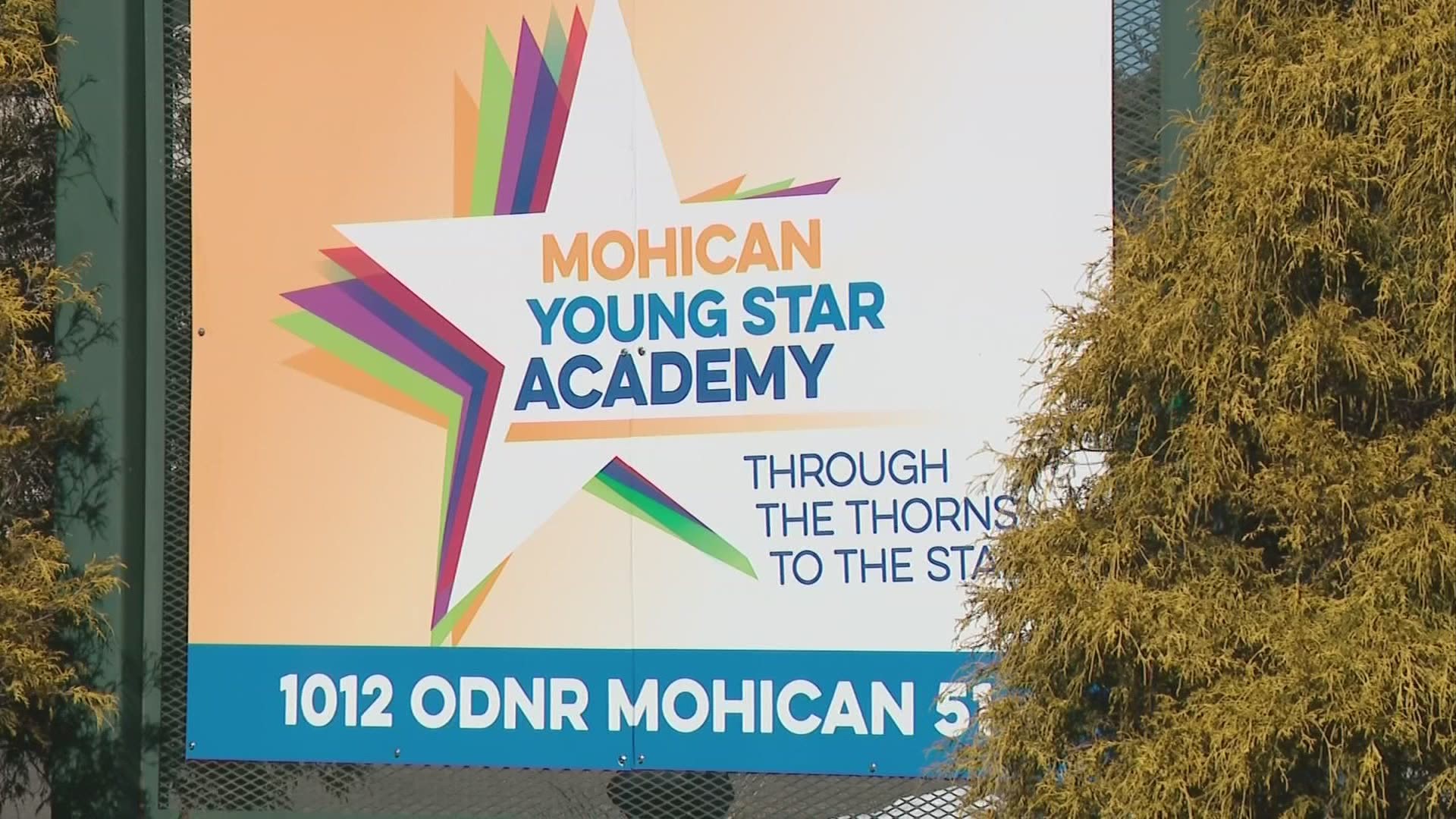 COLUMBUS, Ohio — The Ohio Attorney General’s Office says children at a youth treatment facility still face “great danger” and is appealing a court loss it endured earlier this month when an Ashland County judge tossed out the state’s lawsuit that alleged staff at Mohican Young Star Academy were injuring children through “illegal restraints.”

The state accused the facility of injuring children during restraint incidents and that alleged it was using illegal holds like prone restraint, which is prohibited in Ohio.

Ohio Attorney General Dave Yost’s office, filing on behalf of the Ohio Department of Mental Health and Addiction Services, had sought to have the children placed in another provider’s care.

Olga Starr, the owner of the facility, said the state’s allegations are “simply false” and that her facility has hired an on-site monitor and had outside experts who reviewed surveillance videos and its restraint policies. Through court records and correspondence with 10 Investigates, Starr says these outside experts found there was no risk to the children at Mohican Young Star Academy.

Yost is asking an appellate court to find that the Ashland County judge erred and issue an injunction, placing the children in the care of a receivership, writing: “the trial court improperly granted Mohican Young Star’s motion for a directed verdict, and dismissed the case. As a result, the children at Mohican Young Star still face great danger in their own residence.”

An attorney for Mohican Young Star Academy, Marion Little, argued in a court filing Thursday that the state’s argument for appeal should be rejected again because of lack of evidence. (Full disclosure: Little has and does represent 10TV in unrelated matters).

“There is no ‘risk’ at Young Star’s facilities,” Little wrote.

Later, Little wrote that the state’s appeal is “…simply a recycling of evidence found to be insufficient as a matter of law by the trial court…”

Earlier this month, Judge Ronald Forsthoefel said that “…yeah there was bad stuff that happened here…” but tossed out the state’s lawsuit, stating assistant attorney generals may have not met the preponderance of evidence standard.

Still, the facility has acknowledged there have been issues with restraints recently but that it took corrective action.

In its response to the AG’s appeal, owner Olga Starr denies the state’s allegations that her facility used illegal restraint holds but acknowledged that one staffer had been suspended following an improper “take down” of a child on January 8 and that another staffer had been fired following a January 20 restraint in which the facility later determined to be “unwarranted.”

In both incidents, the boys involved reported being injured.

10 Investigates obtained copies of the redacted reviews through an open records request.

While the facility acknowledged it has since hired an on-site monitor and sought the expertise of additional outsiders to review its restraints, one of those experts expressed concerns about the length of the restraints, some of which lasted longer than 30 minutes, records show.

Pat Hurley, a use of force consultant, wrote in his review that was provided to 10 Investigates by Starr, that he looked at use of force videos, incident reports and a restraint log, along with several other materials. While he deemed the actions taken by Mohican Young Star to be “reasonable” he did say this with regard to the length of the restraints:

“The length of time MYSA staff are restraining youth on the floor is longer than what is found in other agencies using similar techniques.  Nothing malicious or abusive was found or suspected during the video reviews, but there are concerns that the duration of the floor restraints or holds could be counterproductive or have medical contraindications."

But internal records, submitted as part of Mohican Young Star’s latest court filing, show that in 2020 alone, there were 560 restraints.

But she did provide this response to our findings, writing in part:

“It is always concerning when someone is injured at our facility, whether self-inflicted or otherwise. Young people come to us from all walks of life — some are violent offenders, sex offenders and suffer from mental health issues. These children are sometimes a physical threat to themselves or others. Through trauma-informed care, we work with them to learn healthy coping skills day in and day out.

Mohican Young Star Academy has a stellar reputation for its excellent treatment outcomes, and Ohio counties consider the facility a top provider.  And while incidents do happen at our facility, we are continually looking for ways to improve our quality of care and treatment.”

10 Investigates also found that other issues at the facility besides restraints.

Since 2019, the Ashland County Sheriff’s Office has recorded at least 80 runaway reports from the facility. The children are most often returned to the facility within hours, records show. But in several cases, some children pop up in other parts of the state or another county or are found days or weeks later.

April Spreng lives along State Route 97. She called the Ashland County sheriff’s office last spring after one child showed up on her property with no shoes on. She says she had spoken to Starr.

“I talked to Miss Starr about our worries about the kids getting out and the danger to us. Because you don’t know how dangerous they are. She reassured us that they are not dangerous. I don’t know how you can re-assure something like that when kids are desperate to get home or to get somewhere,” Spreng said.