Residents remain concerned about the potential impacts of a recent liquid waste spill in Morrow County. 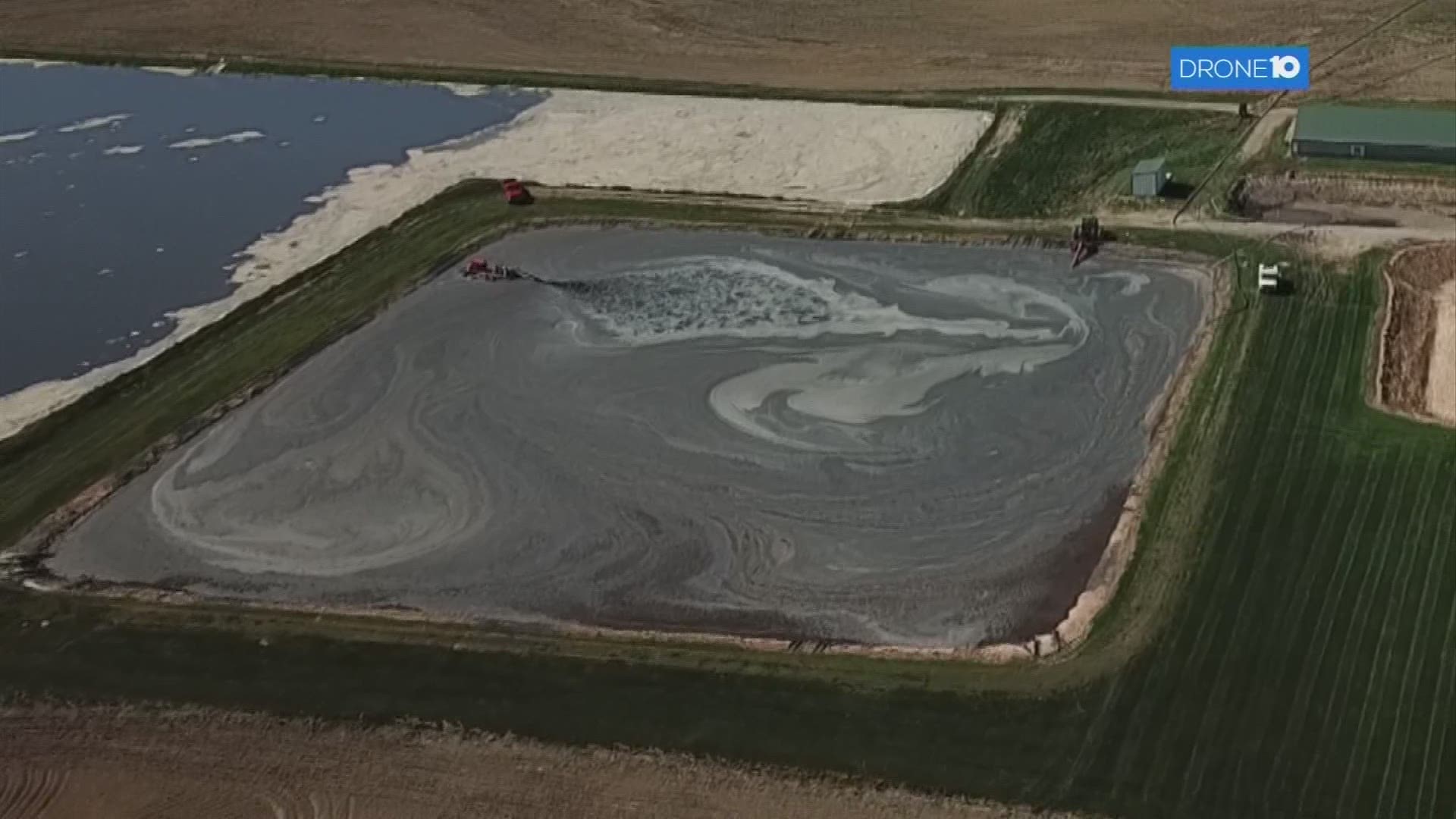 MORROW COUNTY, Ohio — A recent spill of liquid waste near Westfield Township in Morrow County has surfaced more bad blood between neighbors and the energy company they’ve complained about for years.

A contractor for Renergy was applying food and animal waste as fertilizer when a hose failure occurred on April 17, spilling an estimated 2,500 gallons of liquid animal and food waste into a nearby tributary of Whetstone Creek, according to the company and officials with the Ohio EPA.

Days later, neighbors remain concerned about potential environmental impacts and are skeptical over the amount of what spilled, claiming the event lasted for hours and left behind a film on the water and strong odors.

Regulators and Renergy officials says what spilled was animal and food waste and not biosolids – which contain human waste.

While Renergy for years has applied biosolids to nearby fields, the company stopped taking in the leftover sewage sludge last fall following years of complaints from those living nearby.

Renergy still has large storage ponds on site, and received a notice of violation last spring from the Ohio EPA because the storage ponds holding the former sewage sludge were too full. Renergy’s process of turning the sludge into fertilizer also creates electricity, which is part of what the company says makes it a green energy utility.

Neighbors who spoke to 10 Investigates also shared emails from Ohio EPA officials who said the April 17 spill did not result in any damage to fish or wildlife.

“It was like black sludge,” said Paul Staley, who lives near the facility and said he penned up his cows following the spill so that they would not graze near it.

Adrian Estep, who said she lives within a mile of the facility, said it was a concern and that the odors following the spill were strong.

“This didn’t smell like cow manure, this was septic," said resident Josh Parks.

10 Investigates visited the area over the past week, including Monday April 19, where we noticed Ohio EPA inspectors investigating the area and farm crews working to dam off and clean up where the spill occurred.

Cari Oberfield, the chief operating officer with Renergy, called the spill a “minor incident.” She declined a 10 Investigates’ request for an on-camera interview, but instead released this statement:

“On Saturday, April 17, 2021, during standard land application operations on a farm field permitted for Emerald BioEnergy fertilizer, certified land application contractor Raw Handling, LLC, immediately reported to Renergy, OEPA, and ODNR that a hose failure occurred resulting in a small volume of material, estimated at 2500 gallons, entering a farm waterway on the site.

OEPA and ODNR were both notified immediately and both dispatched representatives to the site for regulatory oversight.  ODNR reported that wildlife was not impacted.  OEPA has continuously monitored and approved the clean up efforts made through Saturday and into Sunday morning.

The material leak did not occur on the site of Emerald digester and was a result of an equipment failure.  The hose leak has no direct relationship to the operation of Emerald’s digester.  It is rather an event tied to land application operations managed by an experienced and well respected certified land application contractor.

The reports on social media of entire rivers worth of material being spilled are inaccurate.  The individuals who are spreading the information are being misled, and everyone should be aware that this minor incident has been actively monitored by all appropriate regulatory bodies since it happened. Fortunately, there was zero impact to wildlife and the environment was not adversely impacted given the low volume of material involved and the excellent emergency response by Raw Handling and Renergy.

Renergy will continue to fight for the environment by conserving landfill space, producing renewable energy, and providing waste management options that are sustainable. Instead of allowing food to decompose in a landfill, or manure to be used ineffectively, Renergy responsibly puts it to work in a closed-loop system that recycles beneficial resources back to the environment.

Renergy will continue our mission to do what's right for the environment, the state of Ohio and all our fellow buckeyes.”