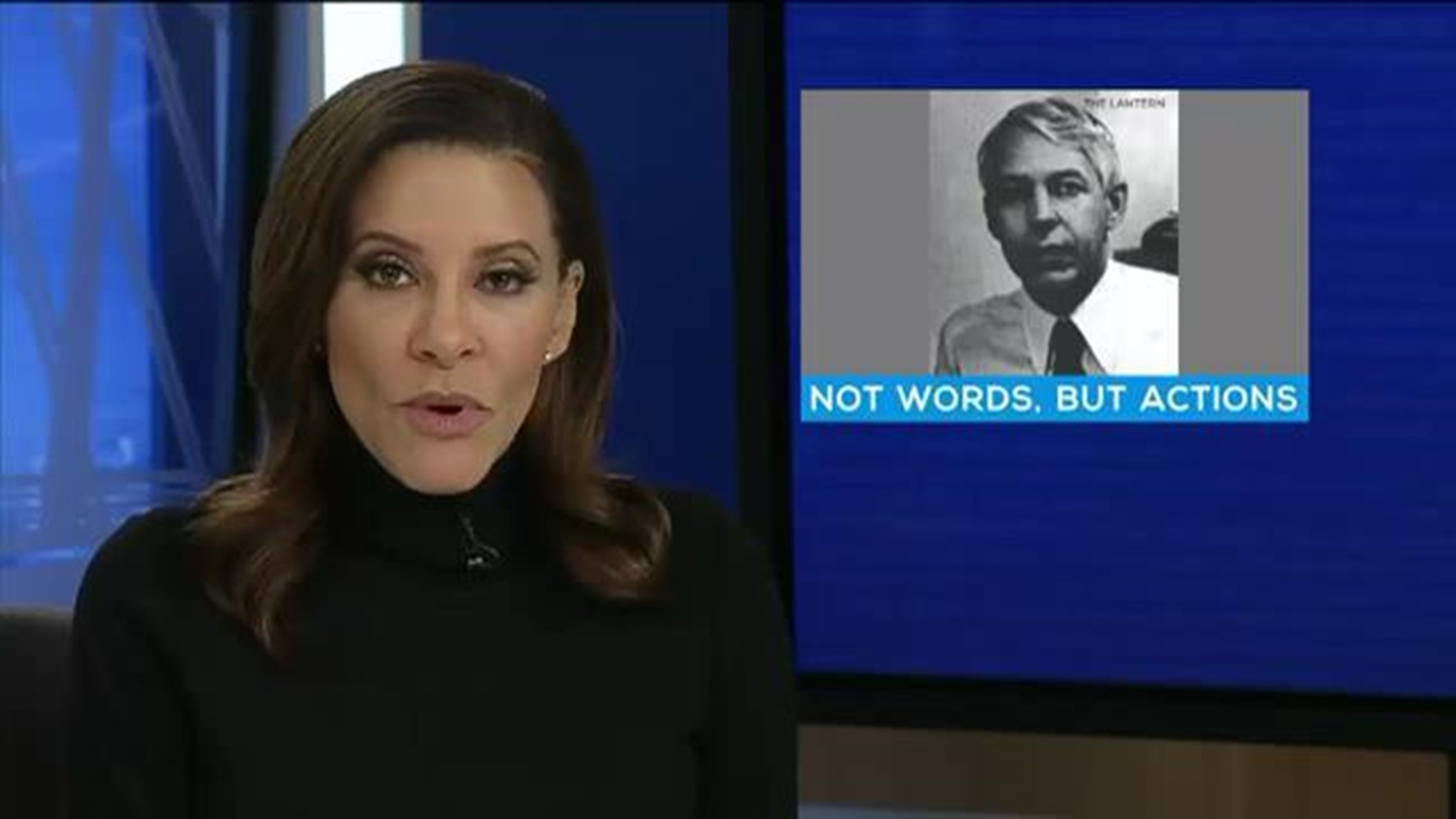 The latter number, the lawsuit states, is based on the number of male letterman between 1978 and 1998 (Strauss’s tenure at the university). Strauss died by suicide in 2005.

The amended lawsuit, which was filed Wednesday, also accuses the university of taking a “two-faced approach” to lawsuits filed in wake of the scandal.

The lawsuit alleges that after student-athletes and former students came forward with horrific allegations that they were abused by Strauss in team showers and physical examines, the university has been quick to publicly state that it is “committed to a fair resolution” while behind closed doors, its attorneys attempt to dismiss lawsuits filed by the victims.

The lawsuit states: “Dr. Richard Strauss is dead. He can’t pay for his crimes. Only his enabler is left…”

It later states: “The victims of Dr. Richard Strauss still wait for the day that OSU’s actions mirror the words. They still await OSU taking accountability for employing and emboldening a serial sexual abuser for nearly two decades and then subsequently covering up the university’s role in perpetuating the abuse for another two decades.”

The lawsuit notes that both a university-led investigation and governor’s task force found evidence that OSU knew about allegations of sexual abuse involving Strauss during his tenure at the university but did not address it appropriately.

When asked for comment in response to this latest lawsuit, OSU Ben Johnson referred 10TV to a previous university statement:

“For more than a year, Ohio State has led the effort to investigate and expose the misdeeds of Richard Strauss and the systemic failures to respond, and the university is committed to a fair resolution.

Upon learning of allegations from decades ago in spring 2018, Ohio State immediately announced an independent investigation. The university reached out broadly to 115,000 alumni and former student athletes who attended Ohio State during Strauss’ employment at the university and to 147,000 current students, faculty and staff to inform them of the investigation and encourage them to share any information they had with the independent investigators. The university kept the community informed throughout the course of the investigation, creating a website for documents and updates, providing periodic public reports on the progress, listening to the testimony of survivors before its Board of Trustees, and publishing the findings of the investigation and all relevant public records online

The university is actively participating in good faith in the mediation process directed by the federal court. In addition, since February, Ohio State has been covering the cost of professionally certified counseling services and treatment for anyone affected, as well as reimbursing costs for counseling already received. Alumni and other former students interested in this resource or looking for further information are encouraged to visit https://website.praesidiuminc.com/wp/osu/ or call 888-961-9273.

Ohio State has implemented multiple additional safeguards in the 20 years since Strauss left the university and is committed to appropriately addressing Strauss’ abuse from decades ago. Richard Strauss’ actions are reprehensible, and we remain deeply concerned for all those who have been affected by Strauss.”