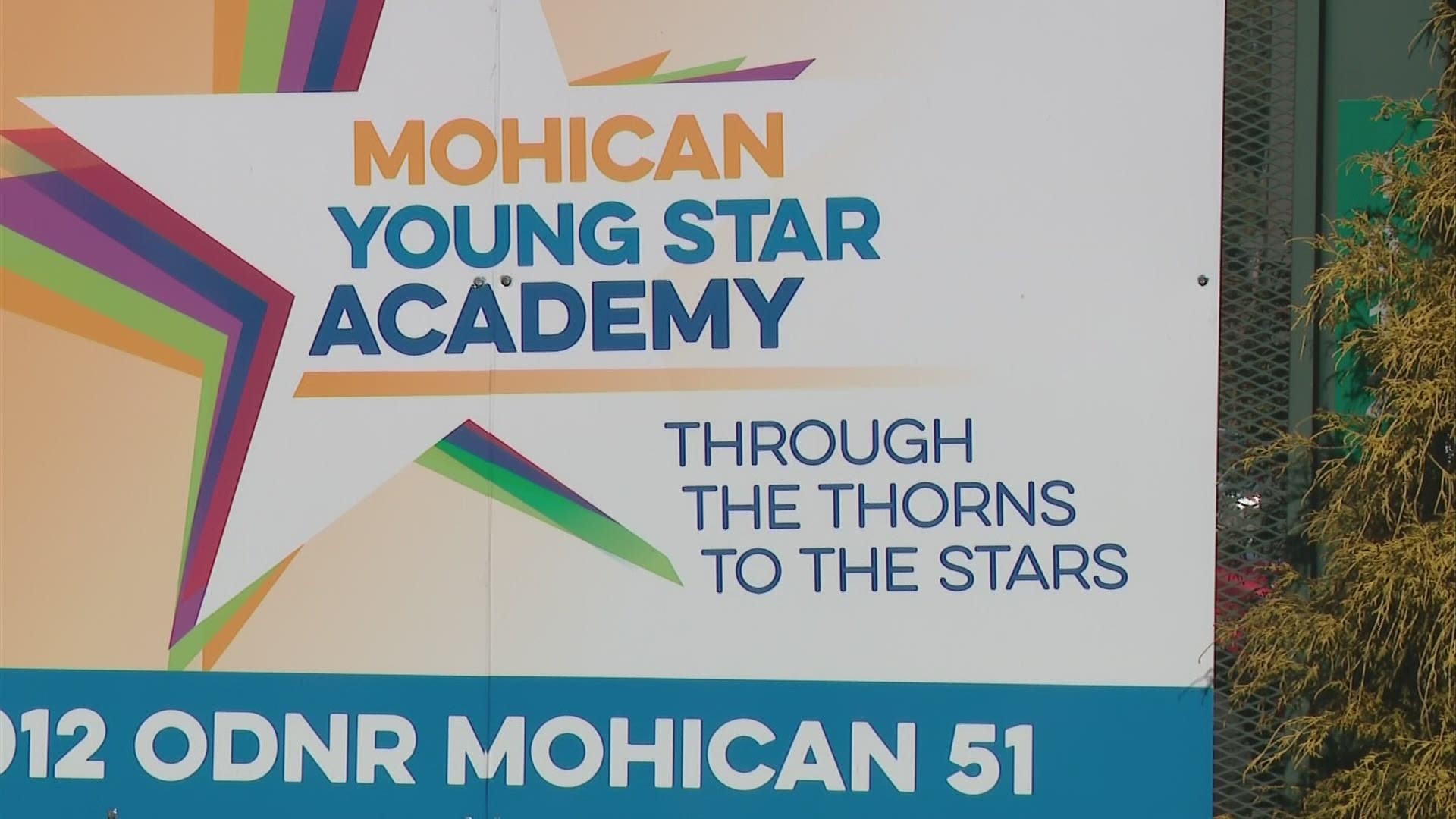 PERRYSVILLE, Ohio — A judge has dismissed a lawsuit filed against a boys’ behavioral treatment center that was accused by the Ohio Attorney General’s office of a “systemic use of illegal and unsafe restraints” that caused children harm.

While acknowledging that “some really bad stuff” happened at Mohican Young Star Academy in Ashland County, Judge Ronald Forsthoefel found attorneys for the Ohio Attorney General’s office had failed to prove their case.

The Ohio Attorney General was asking Forsthoefel to remove the operator and place the children at the facility in the care of another provider.

“I would suspect that if I was forced…I’d probably find that you didn't even meet preponderance standard that there's anything going on here that currently poses the risk you assert it poses. Yeah, there's some really bad stuff that happened here. But I heard testimony that in one of the documents five of the disciplinary incidents related to one particular individual, we've got four individuals here that you apparently have videotape of which as I recall the testimony were 18 or 19-year-old individuals, six to six and a half feet high. Somebody who's difficult to control. And I don't think that the standards for restraining residents should devolve into a situation where because you're afraid to act.”

Ohio Attorney General Dave Yost’s office had filed a lawsuit on behalf of the Ohio Department of Mental Health and Addiction Services alleging that children who reside at Mohican Young Star Academy in Ashland County had been repeatedly injured during “illegal restraint” holds.

Attorneys representing the Ohio Attorney General’s Office alleged that their surveyors had inspected the facility in late January and early February, interviewed residents and reviewed restraint logs and surveillance videos of the incidents – finding that children had been injured during restraints and that at least one child was involved in a prone restraint – which is illegal under the Ohio Administrative Code.

The approximately 80 boys who reside there come seeking help for emotional and behavioral issues.

Olga Starr, the operator of the facility, had denied the allegations, saying they are “simply not true.”

Marion Little, an attorney representing Mohican Young Star Academy, argued that the state’s investigation had yet to produce a final report that was presented to his client and that the surveyors had not been formally trained in how to determine what was an illegal or improper restraint – beyond what is spelled out in the Ohio Administrative Code.

“If this is such a compelling case from the state's perspective, how we could not have seen the written product to justify the allegations, how there could not have been a finding that they would put before the licensee to support that position, the explanations we received are well we're busy,” Little said during Wednesday’s hearing. “Well, again, we've heard this as a high priority project. And they were talking about, effectively, taking away the property rights of my client."

“What is the process that was taken by the state to gather the evidence, make the findings and give the requisite notice to support the relief they're seeking and I would suggest they failed as to each of those elements,” he said later.

(Full disclosure: Little does and has represented 10TV in a separate unrelated matter(s)).

Trista Turley, an assistant attorney general, argued that there was clear evidence that children had been improperly restrained and that staff has repeatedly instigated these restraints.

“And that's consistent with the testimony given by the former employee of witnessing and at least one instance, a dog pile of a child already laying on the bed,” Turley said. “That all provides a reasonable basis to conclude that there's a substantial risk of physical or mental harm to these residents.”

After the judge’s ruling, owner Olga Starr provided this emailed statement to 10 Investigates:

“We’re all pleased that the judge dismissed the case against Mohican. We’re all eager to move past this and continue to do what we do best – and that’s provide excellent care and treatment for the young people in our charge.”

The emailed response did not address 10 Investigates’ other questions about issues at the facility: including records that show there has been a repeated history in the past two years of children being injured through restraints or other issues with children who frequently run away from the facility or allegations of inappropriate behavior by both staff and peers.

A 10 Investigates’ review of two years’ worth of incident reports and police records has uncovered a pattern of children being hurt, running away and making claims of inappropriate behavior.

The records, which included police reports and incident reports submitted to a state licensing agency, detail how children seeking treatment for emotional and behavioral issues have been exposed to violence or injured during restraint holds.

10 Investigates’ own review of incident reports and police records dating back to January 2019 found the state was aware that children have repeatedly complained about and been treated for injuries following restraints.

Sara Bates, a licensed counselor and former employee of Mohican Young Star Academy, told 10 Investigates she was terminated after feeling compelled to report an allegation of abuse that did not follow the facility’s own protocols.

She says she also contacted the state in January to raise her own concerns about issues there – including what she claims are inadequate staffing levels and children who have hurt themselves.

“I've put. I put peers on safety plans one to one, and they were able to access bleach to for a suicide attempt while on these plans,  they were able to get a razor or have a pencil sharpener and cut their arms from risks to elbow and from knee to thigh. So I did not. Obviously, I did not see them doing these but I did read the reports and then see their, their attempts, like their scars and their wounds,” Bates said.

A spokesman from OHMAS provided the following statement from Director Lori Criss:

“Our priority is the safety, health and well-being of the youth at Mohican Young Star Academy.  Based on our investigations, and subsequent site visits, we believe there still exists serious risks to their safety and health, and we remain committed to taking the necessary steps to ensure they receive continued care and treatment in a safe environment.”