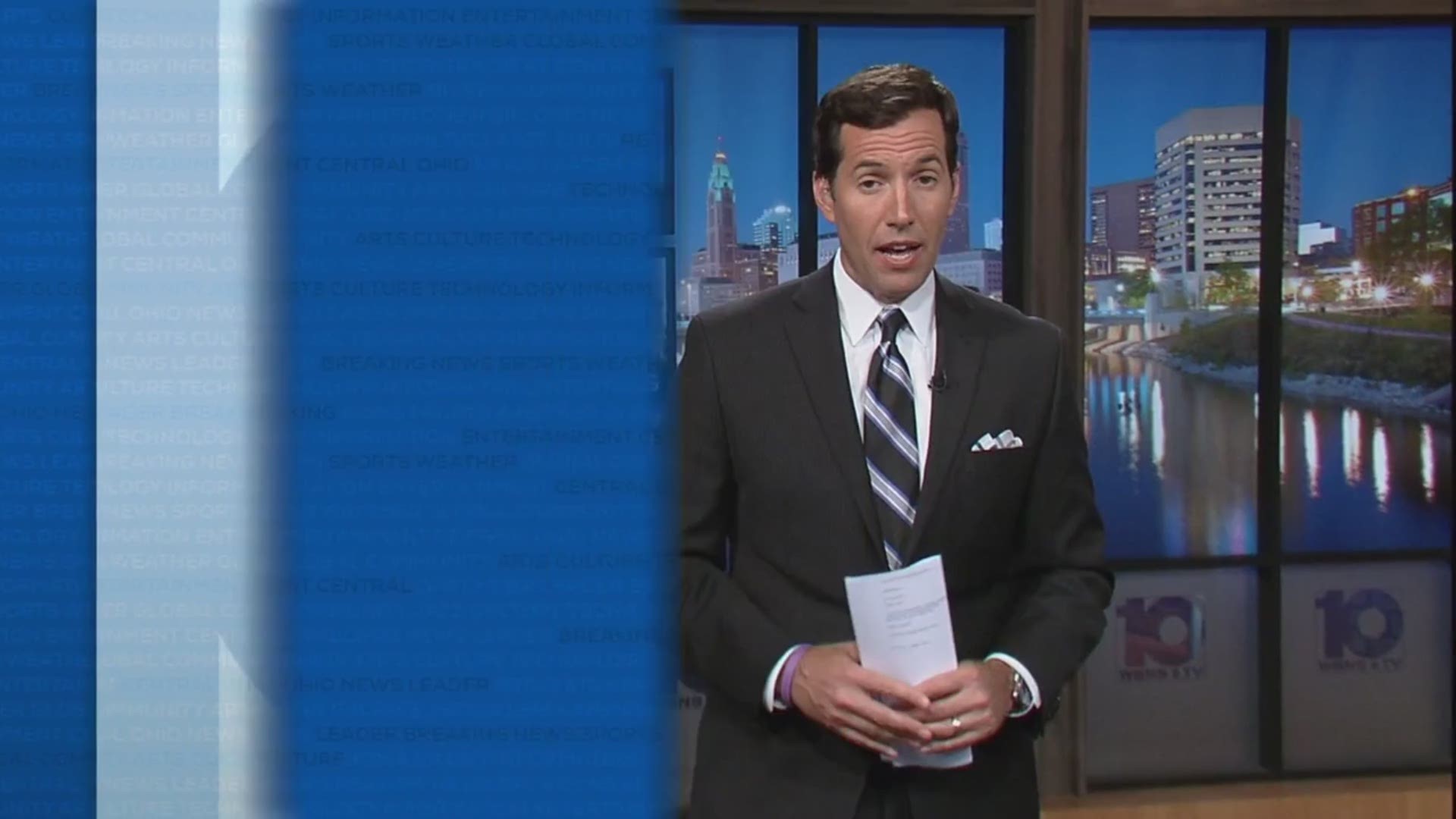 Pontifical College Josephinum’s Board of Trustees, a 22 member group of clergy and business leaders, announced Tuesday they approved changes in how seminary applicants are enrolled. These changes, if enacted, would help fix problems exposed by 10 Investigates in March. According to a news release from the Josephinum, the approved changes are:

3. An interview for all applicants with a representative of the seminary’s admissions committee and the seminary’s Director of Psychological Evaluation and Counseling Services.

These initiatives will take effect for the 2016-2017 incoming class, according to the Josephinum.

The U.S. Conference of Catholic Bishops did not respond to 10 Investigates’ questions about how or if they plan to enact these seminary changes.

“There is no place at the Josephinum and there never has been for any person who would display even the slightest sign or indication of closing a threat to the innocent, the young, the vulnerable, or to children,” said Father John Allen, Vice President for Advancement at the Josephinum.

“We're taking the Josephinum's admissions process to a higher level. We're not attempting to mandate it to other seminaries. We believe, and we have reason to believe, already other seminaries are deeply interested in our perspectives, our experience and in the recommendations we put forward yesterday.”

10 Investigates discovered the changes proposed by the Josephinum Monday do not affect students once inside the seminary. Enrolled seminarians may continue to have online and social media activity go unchecked. They are also not required to meet with a psychologist during their six years of school. The ratio of spiritual directors acting as mental health advisors to students remains high at as much  35 to 1.

It started with the unthinkable.  A seminary student at the Vatican’s only school for priests outside Rome was trolling online to find children for sex.

But that wasn’t all. The student, Joel Wright, had left the Pontifical College Josephinum in Columbus en route to Mexico to buy children so he could act out his fantasies.

Homeland Security officers were in San Diego waiting with handcuffs and Josephinum officials immediately kicked Wright out of the seminary. That was January.

Since then, Wright’s case remains pending in Southern California, but his arrest for aggravated sexual abuse and other charges raised many questions: How can they be sure this won't happen again? And why is this still a problem in the Catholic Church a decade after clergy sex abuse was uncovered?

After meeting with 10 Investigates twice last week, the Josephinum announced on Monday they are instituting changes to make sure something like this could not happen again.

Monsignor Christopher Schreck, Rector and President of the Josephinum, sent a letter Monday to the school’s board of trustees, school officials, area Catholic Archbishops and Bishops, and the school’s Admissions Committee.

The proposed changes include:

The board is expected to vote on the changes at their board meeting on April 19. Father John Allen, an instructor, advisor and spokesman for the college, said the school’s action now is to assure that these changes will take place before the next class of students begins in the fall.

The Road to the Seminary

Wright’s college career began at Thomas More College in Kentucky – south of Cincinnati.   He was involved in student government, but stood out from the very beginning.

“He sometimes wore the collar around campus casually. I never asked him why,” one former classmate, who asked not to be identified, said.

After earning his bachelor’s degree in 2014, Wright took a trip to Tijuana before heading to another college in Steubenville.  Leading up to the trip, Wright posted an ad on Craigslist.

That led to communicating online with a man in Mexico who said he would help him get children for sex.

The man refused to help Wright once he was in Mexico and Wright returned to Ohio unsuccessful in his efforts, court records show.

Wright then started college again in the fall of 2014 at the Franciscan University in Steubenville and he continued there through the spring of 2015.

Through his college years, Wright tried over and over to get admitted into a seminary, his mother told 10TV.

“I stopped counting after 45 rejections of how many diocese and religions orders that declined him for his physical disability, for his vision, for his orthopedic for his health impairment."

The Steubenville Diocese, who had a priest previously who was blind, gave Wright a chance he was looking for.

The diocese said they did a background check on Wright, a psychological evaluation, reviewed references and other customary steps before Wright started at the Josephinum in August 2015.

None of background work, though, raised any red flags about Wright, diocese spokeswoman Pat DeFrancis said.

“And that’s what’s scary for folks. We don’t want to hear that we can’t predict this stuff, but at the end of the day, we’re really not good at predicting this stuff,” Hedges said.

Both the diocese and Josephinum did not solicit any feedback from anyone on Wright who wasn’t suggested by Wright. And both did nothing more than a basic fingerprint check.

This meant that a police report showing how Wright was trying to buy time with children in the spring of 2015 was never noticed.

A woman filed the report in Steubenville on May 5, 2015, after she saw a Craigslist ad where Wright offered to pay parents $150 to “watch their children.”

Police went to Wright’s address, but he wasn’t there. No further action was taken. Because there was no arrest or charges, the incident didn’t show up in the background checks now currently being done.

A third problem in the screening process was no check of Wright’s online history. College officials now say they realize that needs to change.

“I will propose that we add to the Josephinum’s admission process an independent report generated by a firm of competent private investigators, under the supervison of a professional private investigator with extensive, high-level FBI experience, who, with his associates, will check references, the veracity of the applicant’s statements, his general on-line and social media profile and anything else that can be learned about the applicant from a search of on-line records and databases,” Monsignor Schreck wrote to his board.

Once at the Josephinum, Wright’s classmates say he was somewhat of a loner.

The students saw that he used a cane for the blind and spent a lot of time in his room. He was able to read though when text was enlarged on a computer screen.

In the fall of 2015, Wright was one of the students who experienced the first liberties of having extensive Wi-Fi at the college.

As 10 Investigates discovered, though, not all Internet access is monitored at the college.

Students who have a desktop computer have online traffic monitored, Allen said. But anyone – including students – who uses a device to access the Internet through WiFi isn’t monitored.

On three different dates, 10 Investigates was able to access websites while at the Josephinum that have pornographic images – including Craigslist where Wright’s ads were allegedly placed.

Wright was only identified because the man in Mexico recognized when Wright was posting new ads in the fall of 2015 trying to get children again.  After seeing Wright’s ads this second time, the man alerted authorities.

Wright emailed the man turned informant that he wanted to travel to Tijuana to adopt or own a child under 3 years old and have sex with the child.

The informant was using a different email, so he does not believe Wright could have known it was the same man.

Investigators took over the email and say Wright planned to travel to Mexico where he would meet the female infants that were being arranged.

Wright then booked a flight to San Diego and made arrangements to meet a friend of the tour guide for travel. When he arrived in San Diego, Wright was taken into custody by Homeland Security agents.

Seminary students who wish to start in the fall at the Josephinum will go through this new screening process being proposed now, Josephinum officials say. And if the Josephinum has its way, a national registry will help other Catholic seminaries as well.

The registry would track if students are rejected from a school or those who may be screened out before fully applying.  Just knowing that Wright tried 45 times at various seminaries would have been a red flag enough to deny him entry, Allen said.

The registry needs to be approved first by the U.S. Conference of Catholic Bishops.

“We will take a leadership role,” Father Allen said.

The Steubenville Diocese is also pledging to make changes by the fall, DeFrancis said. They include:  “more personal contact with a greater number of people prior to asking the applicant to formally apply” and a “added layer of background probing by an outside individual,” DeFrancis said.

Wright is expected in court again April 1 when motions will be heard on his case, federal court records show.  Wright’s mother is standing by her son.

“I will say he is innocent. It’s allegations that’s all they are at this point and everyone is innocent until proven guilty,” said Teresa Poquette of Vermont last week by phone.

Richard Sipe was a Benedictine monk who counseled seminarians. He has written books and collaborated on other projects including being an informant for the Boston Globe “spotlight” investigation – later shown in an Oscar-winning movie.

Sipe said for things to change, the Catholic church must do more – like also changing its culture. He agrees changes were made after the clergy abuse scandals more than a decade ago, but not enough.

David Clohessy of St. Louis, Director of SNAP (Survivors Network of those Abused by Priests), issued the follow statement about the proposed changes at the Josephnium:

It’s all well and good to promise “we’ll do better in the future.” Catholic officials, when facing abuse scandals, excel at pledging improvement. They’re usually very poor, however, at follow through.

It’s hard to believe that church officials in Columbus, Steubenville and Vermont were unaware that dozens of seminaries had rejected Joel Wright. And Catholic officials have been talking about better seminary screening for decades. So it’s hard to be enthusiastic about this latest promise.

Behavior in the present is more important that pledges in the future. And right now, officials at the Josephenum and in the Columbus diocese must use their websites, mailing lists and bully pulpits to find others with information or suspicions about Wright’s crimes and get them to call police and prosecutors. That will make the biggest difference in the short term.