According to the Ohio Department of Health's data, 75 residents and 49 staff members have tested positive for COVID-19. 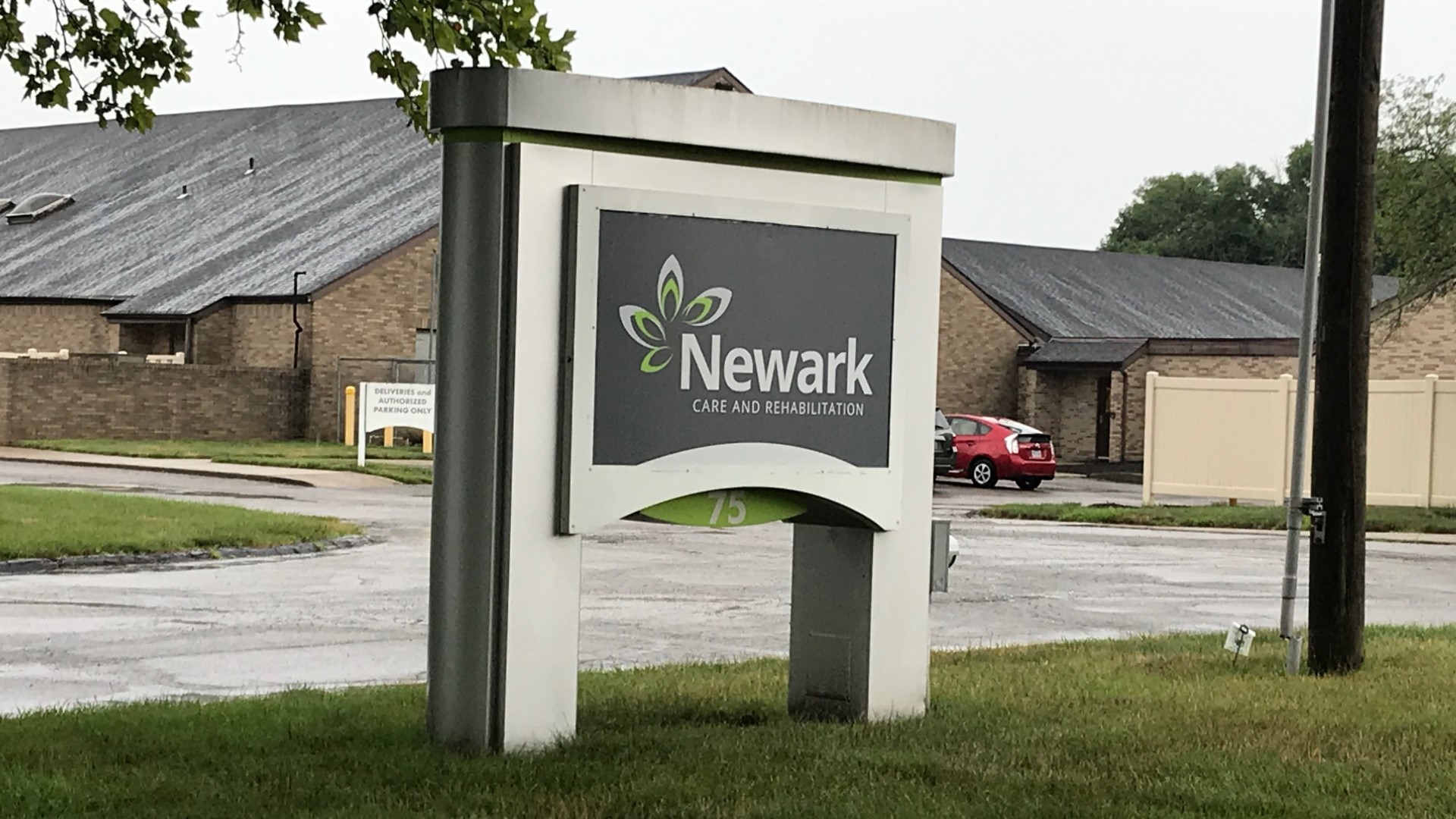 Surveyors have determined 'failures' likely contributed to a COVID-19 outbreak at a Licking County nursing home.

According to the Ohio Department of Health's data, 75 residents and 49 staff members have tested positive for COVID-19 at Newark Care and Rehabilitation since April 15.

The Licking County Health Department said the facility reported to them 28 residents have died.

RELATED: 'This is not right': Loved ones of residents at Newark nursing home want answers after COVID-19 outbreak

State surveyors inspected the facility after the outbreak and determined it started with a licensed practical nurse. She reportedly told Newark Care and Rehab she tested positive for COVID-19 on July 1. She had not been to work since June 25.

Surveyors found out she worked in the "quarantine unit." The administrator of the facility, Scott Ratliff, confirmed to inspectors 23 residents were in that unit at the time. However, their inspection focused on four of those residents.

The survey said the four residents, who were living in the quarantine unit on the nurse's last day of work, were then moved to other units starting June 26.

They were each put in rooms with a roommate. Surveyors said once the facility learned of their possible exposure, the residents were not immediately tested or quarantined.

The four residents exposed to the nurse all eventually tested positive for COVID-19, according to the survey. The survey found their roommates also tested positive.

By the time the state's survey was completed on August 10, five of the eight residents had died, according to the documents.

"The facility failed to perform adequate contact tracing to properly identify, quarantine, and appropriately test all residents with known exposure to a staff member who had tested positive for COVID-19," the survey determined. "The facility's failure to immediately quarantine and test those residents likely contributed to the COVID-19 outbreak that spread throughout the facility."

The state asked the facility to make numerous changes considering the findings. While the survey indicated changes were made, the facility was still listed as "out of compliance" as of last week.

10TV made several attempts to reach Newark Care and Rehabilitation's Administrator Scott Ratliff. However, we did not receive a response from the facility in time for our story to air.

A day after our story aired, Michelle Haines, a facility spokesperson, sent us a statement saying in part, "The facility vehemently disagrees with the latest report and is in the process of appealing the findings in the August 10 report. We would like to thank our healthcare heroes for their dedication in continuing to battle this worldwide pandemic. Our continued prayers are with the residents and their families during this unprecedented national health crisis."

Haines called the state's inspection of the facility which led to the findings, "an unwarranted and baffling reversal of their prior findings."

In state inspection surveys completed on June 11 and July 7, the facility was listed as "in compliance" with requirements related to infection control and emergency preparedness.