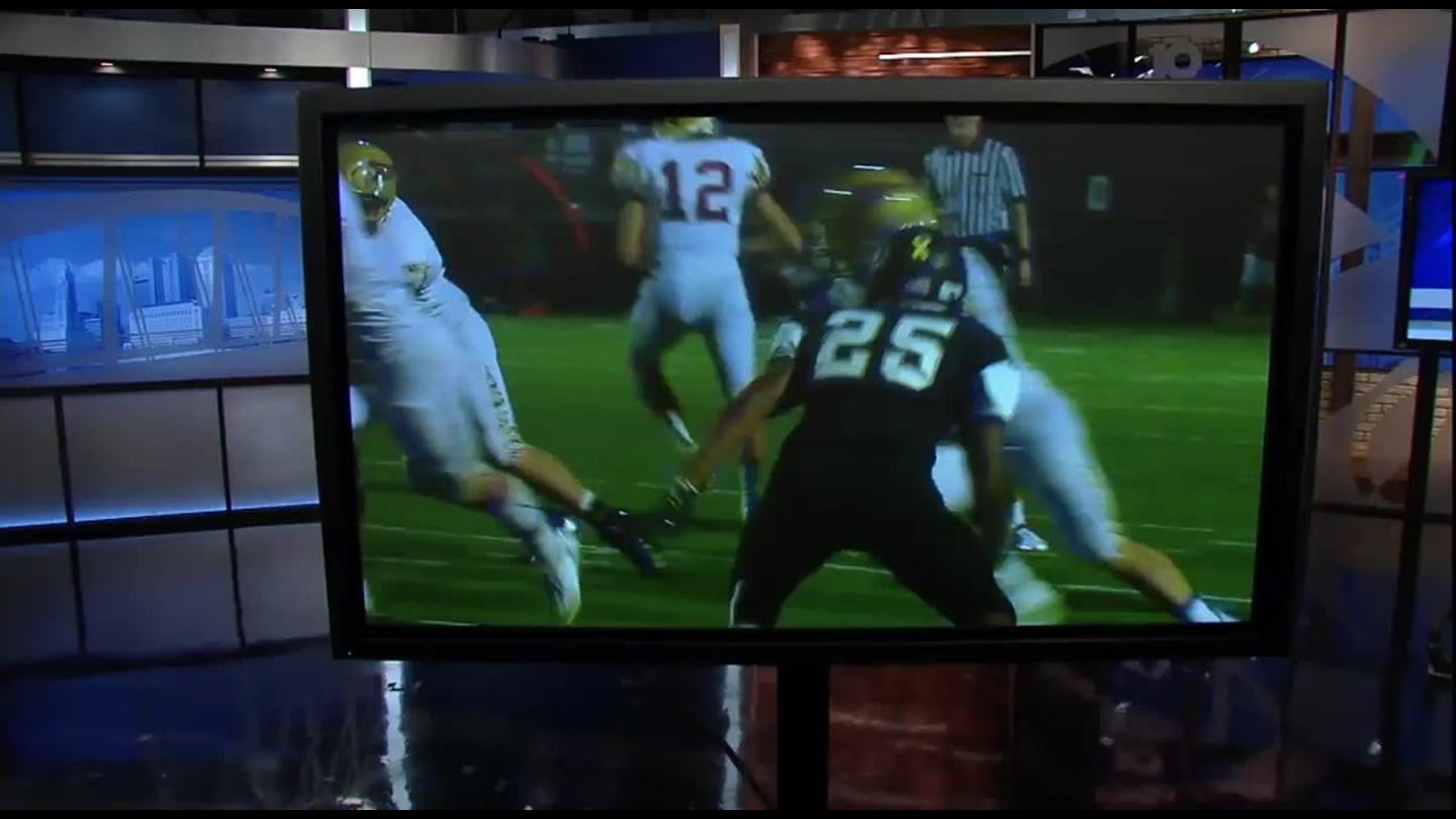 High school football for many in Central Ohio is a way of life, and you don't have to look far to find gridiron greats.

Austin Carnes is one of them. He played wide receiver and cornerback for the Bishop Ready Silver Knights.

Announcers called his name as he made open field tackles just weeks after suffering a concussion.

Carnes came back his senior year from what turned out to be his third concussion in nine years.

“I caught the ball and turned round, and there was helmet-to-helmet as soon as I turned. I didn't even see it coming,” said Carnes.

There’s also the case of Ben Hall, a 14-year-old who played football in Dublin. He can describe what he saw after blacking out in the first of two concussions.

Hall isn't playing football anymore, wrestling is now his passion, but he says he believes a helmet is everything for those who do play.

The reality is that football is a contact sport, and the hits can lead to injuries, including concussions.

High School RIO (Reporting Information Online) at the Colorado School of Public Health found that for 2012-2013, more than 167,000 concussions were reported for boys in high school football games and practices.

Since 2011, researchers at Virginia Tech University have been exploring how the design of football helmets can reduce concussion risk. They drop helmets from different heights onto a pad that reads data.

The lab is set up to test helmets for front impact, side impact, and front and back. Researchers say they test the helmets at five different height levels, which they say connect to exposure seen on the football field.

“A five star helmet best reduces risk. Every player will have a risk of concussion. You can't get rid of it all. There's an individual tolerance, some have predispositions to concussion, but we can identify the helmets that best reduce risk,” said Steven Rowson, Ph.D. Virginia Tech.

“If you look at the impact protection, you know the amount of acceleration those helmets can reduce, the four and five star helmets are substantially better,” adds Rowson.

"Those particular helmets you're referencing were purchased well before 2011 and actually they're nearing the end of their life cycle and are being replaced and will not be used this season,” said Viebranz.

When Buckeye Valley does hits the gridiron, the Barons will take on the competition wearing the proper pads and equipment that includes four and five star rated helmets made by Schutt and Riddell.

“As a kid, we were always told you put your nose on the football or bite the ball and that's stuff you can't say anymore. It's more - you keep your head out of the contact and actually making tackles with this part of your body,” said Coach Matt Stephens, Buckeye Valley Barons.

His team, like others across the state, is working on tackling techniques as part of summer conditioning drills.

“The kids' safety comes first, and when I came here, this is my first year, when I came in took a look at the equipment we had I was glad to see we had the Revo Speeds (Revolution Speed Helmet by Riddell) on the lockers,” said Stephens.

Each player gets a helmet which is fitted by a company representative which manufactures the helmets Buckeye Valley buys for its football players.

“That makes me feel good as a coach from the administration and the board as far as protecting our athletes,” added Stephens.