The ride, operated by Kissel Entertainment, of Kentucky was “disqualified” by inspectors before anyone ever stepped foot on it, the state announced Thursday. 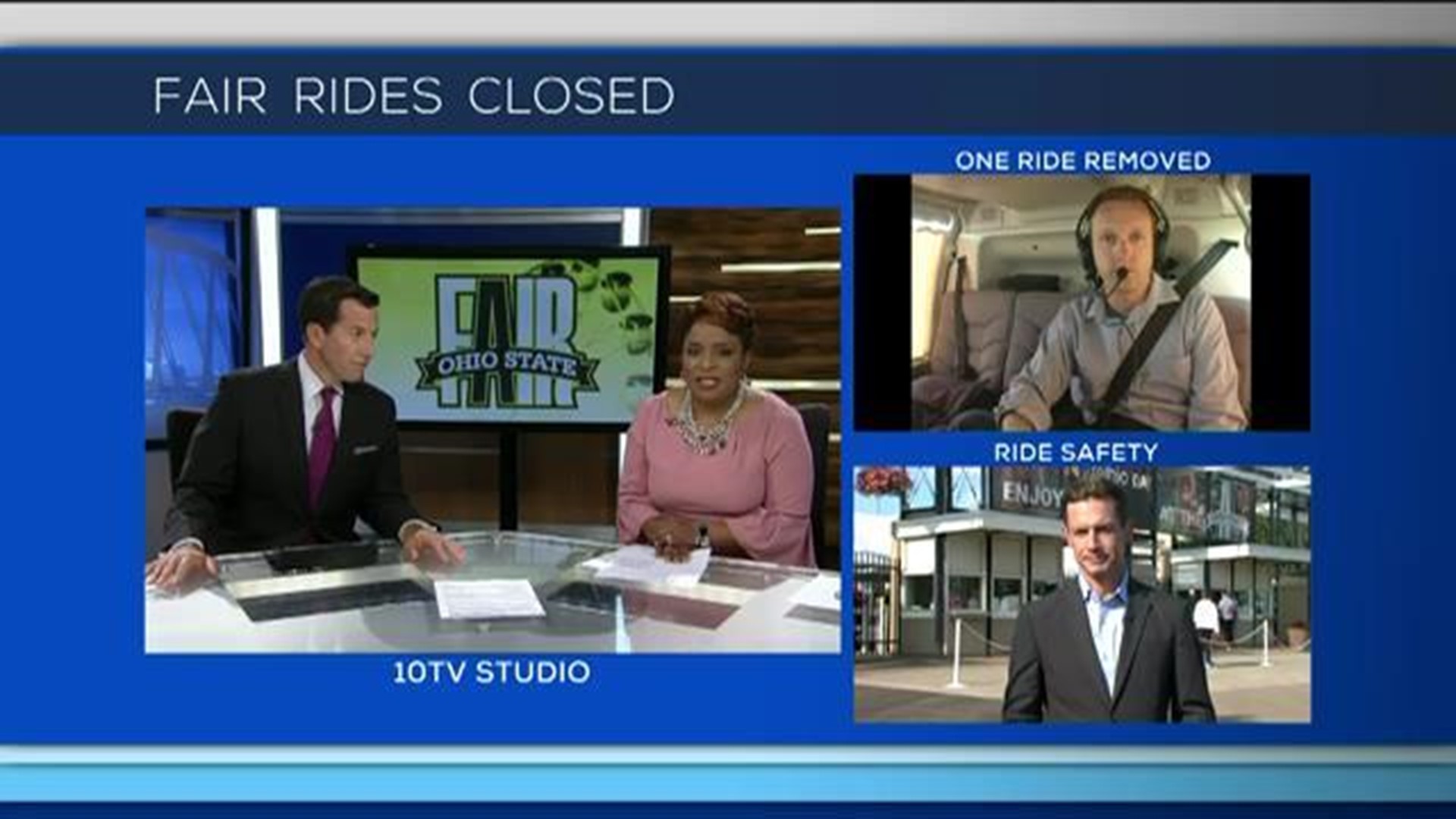 COLUMBUS (WBNS) — Gov. Mike DeWine said “the system worked” referring to how ride inspectors discovered visible corrosion on an amusement ride that had not yet opened at the Ohio State Fair.

The ride, operated by Kissel Entertainment, of Kentucky was “disqualified” by inspectors before anyone ever stepped foot on it, the state announced Thursday.

“Well, I think the good news is the system worked. This was caught by the vendor brought in a ride that was not their own, they looked at it and said it’s got corrosion we’ve got a problem here, so then they turn that over to our inspectors and so that particularly ride never even started. That’s the way the system is supposed to work.

But I’ve stressed all along that you have to remain vigilant every single day,” DeWine told 10 Investigates Thursday.

That particular ride will be dismantled Thursday and will not return to the Ohio State Fair.

Four other rides had minor issues and are expected to re-open.

Mary Talley, the chief financial officer for Talley Amusements, said that her company is committed to ride safety. Her company has the contract with the Ohio State Fair to provide amusement rides.

She said the closure of his ride, operated by a subcontractor, will not impact her company’s contract with the state fair.

DeWine said he was well aware of Ohioans’ concern about ride safety two years after the death of Tyler Jarrell, an 18-year old who was thrown from the Fireball ride. That ride was later found to have metal corrosion on a portion of the gondola that broke off while the ride was operating.