The lawsuit alleges that the two teen girls – now 16 – became addicted to vaping with JUUL products when they were 13. 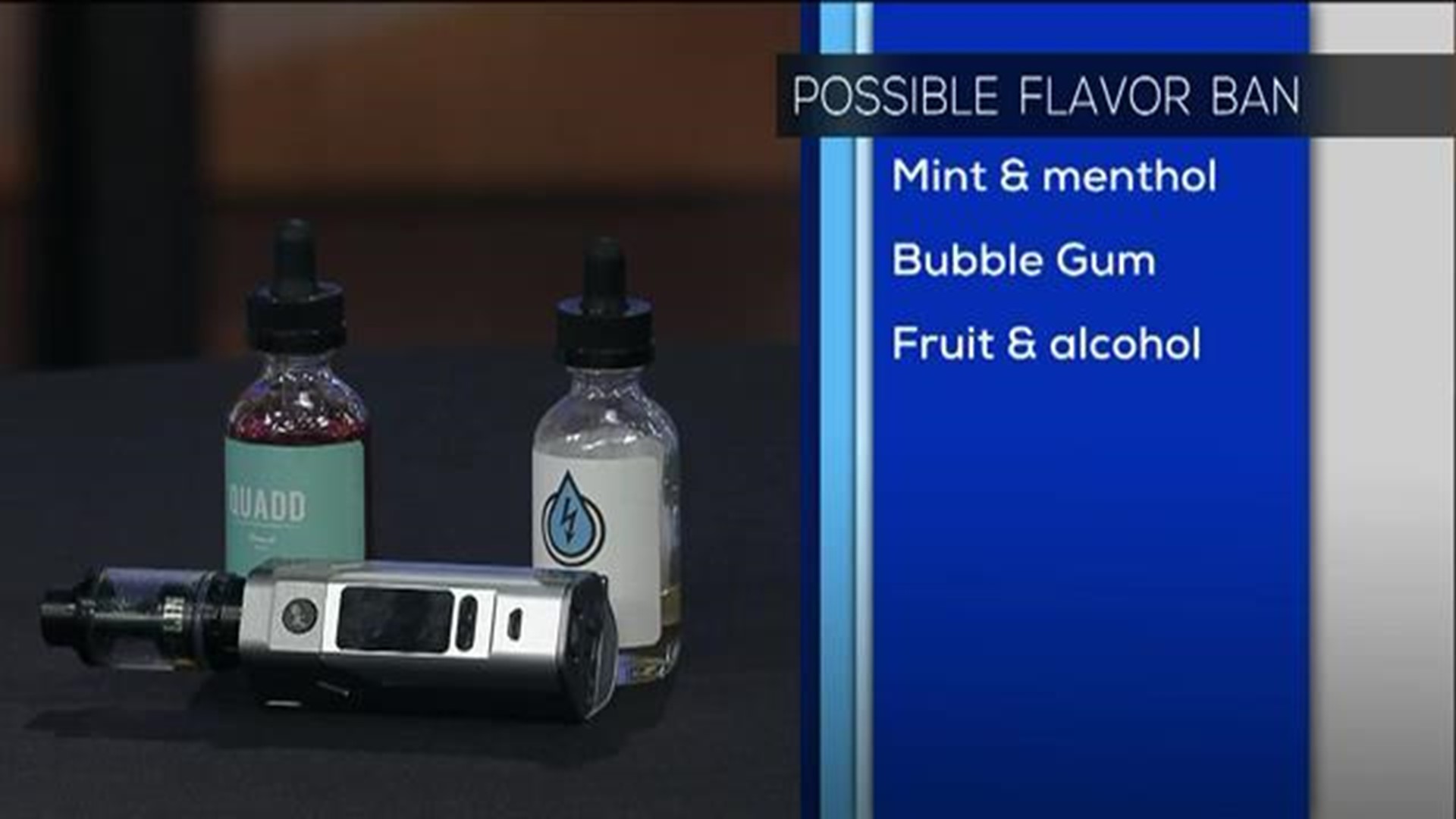 COLUMBUS (WBNS) – A Franklin County mother is suing e-cigarette manufacturer JUUL Labs, a Hilliard vape shop and its owners – alleging that her twin daughters became addicted to vaping through JUUL’s online marketing campaigns. The lawsuit also alleges that the Hilliard Smoke House allowed the girls to purchase the product with ease – despite being underage.

The lawsuit alleges that the two teen girls – now 16 – became addicted to vaping with JUUL products when they were 13.

The lawsuit says the teens “continue to be addicted to nicotine, and this addiction will burden these girls for the remainder of their lives. Defendants’ wrongful conduct in marketing, promoting, manufacturing, designing, and selling JUUL substantially contributed to … life-altering injuries.”

During an interview with 10 Investigates, Troutman said that the teens suffered from migraine headaches from nicotine withdrawal and that nicotine patches have been ineffective in combating the girls’ addiction to nicotine.

They were obtaining it when they were minors, that wasn’t a barrier for them. Within a week or two, they were JUULing with their friends and severely addicted to the product,” Troutman said. “They were doing it everywhere, they would wake up and do it. They would do it at school, there was no getting away from it for them.

“Both girls were having migraines. Anytime they weren’t able to get the JUUL they were suffering severe anxiety, mood swings, all the things that adult smokers go through but a lot harder when your frontal lobe isn’t fully formed and you are developing as a minor,” Troutman said.

Troutman told 10 Investigates that one of the two girls attempted suicide but is now getting help. When asked if they were alleging if there was a direct correlation between the teen’s vaping use and her suicide attempt, Troutman said: “

“There was no stimulus at home that would have led to that. It was in the height of the time when she was going through the migraines and wanting the JUUL when she was trying to quit so – yes.”

“JUUL Labs is committed to eliminating combustible cigarettes, the number one cause of preventable death in the world. Our product has always only been intended to be a viable alternative for the one billion current adult smokers in the world. We have never marketed to youth and do not want any non-nicotine users to try our products. Last year, we launched an aggressive action plan to combat underage use as it is antithetical to our mission.

This suit largely copies and pastes unfounded allegations previously raised in other lawsuits which we have been actively contesting for over a year. Like the prior cases that this one copies, it is without merit and we will defend our mission throughout this process. These plaintiffs do not allege that they purchased products from JUUL Labs, but rather through a third party.

We strongly advocate for Tobacco 21 legislation, we stopped the sale of non-tobacco and non-menthol based flavored JUULpods to our traditional retail store partners, enhanced our online age-verification process, strengthened our retailer compliance program with over 2,000 secret shopper visits per month, and shut down our Facebook and Instagram accounts while working constantly to remove inappropriate social media content generated by others on those platforms. It was our hope that others in the category would self-impose similar restrictions to address youth usage, and it is now our hope that regulators will impose these same restrictions to protect youth and to preserve the opportunity to eliminate combustible cigarettes, the deadliest legal consumer product known to man.”

10 Investigates stopped by the Hilliard Smoke House on Wednesday.

An employee there directed questions to attorney Mark Miller.

Miller told 10 Investigates in an email that his client “adamantly denies all liability in this matter and will be responding to the lawsuit in writing next month. Also, it is our understanding from defendant JUUL they will be seeking to have this case removed to federal court in the near future.”

Troutman said that his lawsuit does mirror allegations contained in other lawsuits filed in other states. He said his office is working in partnership with an Alabama law firm and that “the allegations are generally the same, we can’t change the marketing that JUUL did, we can’t change the meteoric rise that JUUL took in filling this gap , they went from 5% to 70% of the market within a year or two.”

On Wednesday, President Donald Trump joined a chorus of voicing raising concerns about vaping. He called for a proposed ban on flavored vaping liquids. The lawsuit filed by Troutman specifies that his clients were particularly attracted to flavors mint and mango.

The Food and Drug Administration also blasted JUUL Labs in a letter Monday, accusing the vaping giant of claiming its products were “safer than cigarettes” and alleging that they made such comments in front of students, according to testimony from a July Congressional hearing.

The following information has been shared by the FDA:

Five deaths have been confirmed in California, Illinois, Indiana, Minnesota, and Oregon.

The FDA shared information that the CDC has worked with states to create a case definition to classify cases in a consistent way. State investigators determine if cases are confirmed or probable after examining the medical records of suspected cases and consulting with the clinical care team to exclude other possible causes. Unlike nationally reportable conditions, these cases are requiring clinicians and public health to interview patients to determine product use and individual behaviors.

While the investigaiton has not identified any specific substance or e-cigarette product that is linked to all cases. Many patients report using e-cigarette products with liquids that contain cannabinoid products, such as tetrahydrocannabinol (THC).

The FDA has also reported that “many of the samples tested by the states or by the FDA as part of this ongoing investigation have been identified as vaping products containing tetrahydrocannabinol (or THC, a psychoactive component of the marijuana plant) and further, most of those samples with THC tested also contained significant amounts of Vitamin E acetate. Vitamin E acetate is a substance present in topical consumer products or dietary supplements, but data are limited about its effects after inhalation.

While the FDA does not have enough data presently to conclude that Vitamin E acetate is the cause of the lung injury in these cases, the agency believes it is prudent to avoid inhaling this substance. Because consumers cannot be sure whether any THC vaping products may contain Vitamin E acetate, consumers are urged to avoid buying vaping products on the street, and to refrain from using THC oil or modifying/adding any substances to products purchased in stores. Additionally, no youth should be using any vaping product, regardless of the substance.”