Both the Franklin County Prosecutor’s Office and the Columbus Division of Police have been investigating since early December. 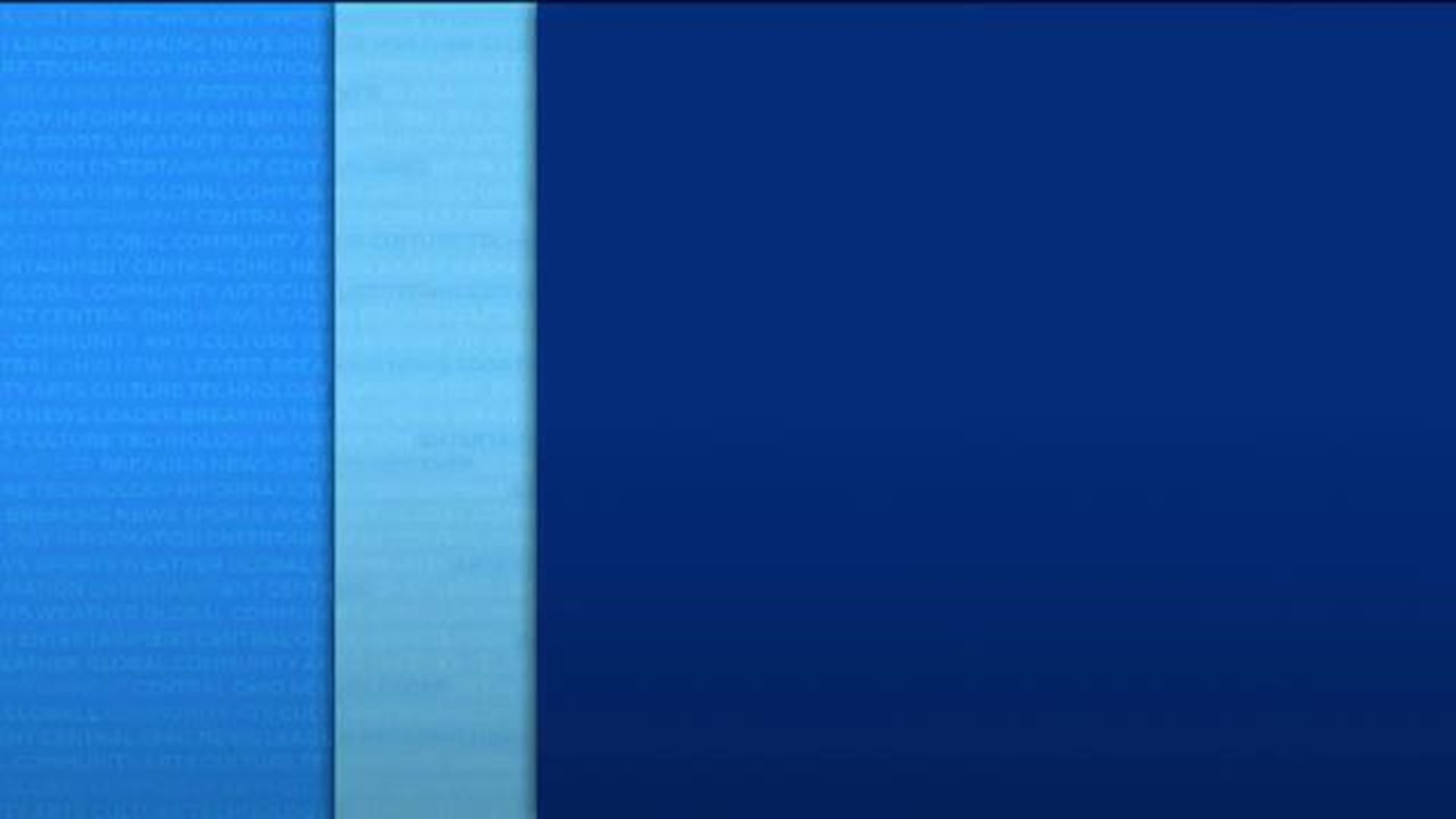 COLUMBUS, Ohio (WBNS) – A grand jury has indicted Dr. William Husel on charges stemming from the deaths of 25 patients in an overdose scandal that has rocked the Mount Carmel Health System and the families of nearly three dozen patients.

Both the Franklin County Prosecutor’s Office and the Columbus Division of Police have been investigating since early December – when the hospital fired Husel after concerns were raised about his patient care. Husel pleaded not guilty on all counts during his arraignment Wednesday afternoon. His bond was set at $1 million.

Prosecutors and police updated reporters on the status of its investigation Wednesday morning - focusing on the deaths of 25 of the 35 patients who died under Husel’s care.

In most cases, the highly powerful synthetic opioid fentanyl was administered to intensive care patients as they were being removed from ventilators.

In interviews with 10 Investigates, several family members acknowledged that their loved ones were in bad shape – and may have died anyway – but claim they were not consulted about the large doses of pain medications that were about to be administered to their loved ones. Many of them died after receiving doses of fentanyl while others were given fentanyl along with other drugs like dilaudid, versed and paralytics like vecuronium.

Attorneys representing these patients have claimed that the combination of drugs like fentanyl and versed or dilaudid accelerated these patients’ deaths or that the use of paralytics gave an inaccurate picture of the patients’ true conditions – making it appear as though they were brain dead.

10 Investigates first broke the news of the patient overdose scandal on January 14 – the same day the first of 28 wrongful death lawsuits were filed. That same day, Mount Carmel Health System President and CEO Ed Lamb issued a taped video apology, saying that the actions of the doctor were unacceptable and not in line with the hospital’s standards of care.

The hospital has said that its internal processes were not sufficient to stop these actions from happening. The hospital has since adopted a series of changes – including now requiring that nurses and doctors receive pharmacy approval before administering drugs when a patient is being removed from a ventilator.

We appreciate the County Prosecutor’s leadership and his ongoing commitment to justice in this case. Following the discovery of the actions of Dr. Husel, we notified appropriate authorities, including law enforcement. We have shared information with them and will continue to fully cooperate throughout their investigation.

Mount Carmel has made and will continue to implement meaningful changes throughout our system to ensure events like these never happen again.

There is nothing more important to Mount Carmel than the safety of our patients and their trust in us. Providing compassionate care to patients and their families is one of our most sacred responsibilities. Our thoughts and prayers continue to be with the families of patients affected by this tragedy.

At the request of the County Prosecutor, and because this is now an ongoing criminal proceeding, Mount Carmel will not comment further on the specific facts or circumstances surrounding the care provided by Dr. Husel. For more information about Mount Carmel’s previous statements and actions relating to Dr. Husel, visit the fact page on MountCarmelHealth.com.

10 Investigates has assembled the most comprehensive timeline of the Mount Carmel patient overdose scandal:

September 2013 – Dr. William Husel is granted credentials to work as a critical care intensivist. Sources have raised questions about if Husel met the hospital’s own criteria to work as in the intensive care unit as an intensivist. They point to the hospital’s own documents that show you must be an MD or DO; have a residency in internal medicine; a fellowship in critical care; and be eligible to take the board exam in internal medicine. Husel met just two of the four requirements because he had a residency in anesthesiology. The hospital has disputed this claim, saying Husel met the qualifications for appointment as a critical care specialist and that its bylaws trump any conflict that may have existed with his application for clinical privileges. The sources allege the hospital was negligent in its credentialing process.

September 2014 – Patient suspected of receiving excessive dose of fentanyl dies at Mount Carmel West Hospital. The attorneys representing this person have confirmed the date but have not released the person’s identity.

March 1, 2015 – Patient Jan Thomas dies at Mount Carmel West Hospital. Her medical records show she received 800 micrograms of fentanyl. Her family’s attorney, David Shroyer, and son Chris Thomas, told reporters that Jan Thomas had a previous hospital stay prior to being taken to Mount Carmel West on February 28, 2015. She died on March 1, 2015. Shroyer says she was given a lethal dose of fentanyl as she was being removed from a ventilator.

May 10, 2015 – Joanne Bellisari, 71, an auxiliary nun was given 1,000 microgram push of fentanyl through her IV, her medical records show. Her attorneys allege in their wrongful death lawsuit that Bellisari was given a “grossly inappropriate dose.” The attorneys allege, as they have in other patient lawsuits, that Mount Carmel’s electronic medical records failed to flag or alert Joanne Bellisari’s medical providers that such an order appeared to be in error. Alternatively, the complaint read, “this excessive dose of fentanyl was flagged and/or alerted by the system as inappropriate, but Defendants ignored the alerts because the order was intended to hasten the termination of Joanne Bellisari’s life.”

Timothy Fitzpatrick and Beverlee Schirtzinger were the two patients identified by their attorneys who both died on October 9, 2017.

April 1, 2018 – Jeremia “Sue” Hodge died at Mount Carmel West Hospital. Her attorneys allege in a wrongful death lawsuit that she went from the cath lab to the ICU. Her sons had a conversation with Dr. Husel about her health and the family made a decision to withdraw life support. She was given a dose of fentanyl believed to be in excess of 500 micrograms.

September 30, 2018 – Bonnie Austin dies at Mount Carmel West Hospital after her attorneys allege she was given 600 micrograms of fentanyl less than an hour before midnight. Her medical records show the order was not reviewed by another physician, nurse or pharmacist.

November 26, 2018 – Dr. Husel was inexplicably re-credentialed and re-appointed to the active medical roster at the hospital.

December 4, 2018 – Memo goes out to Mount Carmel staffers expressing concerns that some employees didn’t live up to the hospital’s standards of care.

December 7, 2018 – Mount Carmel West President Sean McKibben and his wife call Dublin Police and the Delaware County Sheriff’s Office requesting escorts to their home, saying Husel was upset after being fired from the hospital. Husel made no threats following his termination, according to police records.

January 15, 2019 – Centers for Medicare and Medicaid begins process to start site survey through the Ohio Department of Health.

January 18, 2019 – CMS receives a report of substantial allegation survey conducted by the Ohio Department of Health at Mount Carmel West. CMS determines that Mount Carmel West was not in compliance with Medicare standards involving pharmaceutical services. “We have determined that the deficiencies are so serious that they constitute an immediate threat to patient health and safety.”

January 24, 2019 - CMS receives a report of substantial allegation survey conducted by the Ohio Department of Health at Mount Carmel St. Ann’s. CMS determines that Mount Carmel West was not in compliance with Medicare standards involving pharmaceutical services. “We have determined that the deficiencies are so serious that they constitute an immediate threat to patient health and safety.”

January 24, 2019 – Mount Carmel releases updated statement announcing that the number of patients believed to have received potentially fatal doses of fentanyl has increased from 27 to 34.

The hospital also released this: “We received a formal report on October 25, 2018, that related to Dr. Husel’s care. Based on what we learned about that report, we should have begun a more expedited process to investigate and consider immediate removal of Dr. Husel from patient care at that time. Dr. Husel was removed from patient care on November 21, 2018. We are aware of three patients who died between October 25 and November 21 after receiving excessive and potentially fatal doses of medication ordered by Dr. Husel. We are sorry for this tragedy, and we will continue to investigate how we responded to this report and whether there is any other information that should have led us to investigate sooner into Dr. Husel’s practices.

“We are investigating whether Dr. Husel ordered excessive doses of medication when there was still opportunity to explore if there were reversible causes of patients’ immediate conditions.”

January 25, 2019 – State medical board announces that it is suspending the medical license of Dr. William Husel. The Ohio Department of Medicaid suspends the provider agreement with Dr. William Husel, accusing him of fraud for billing Medicaid for “medically unnecessary procedures involving grossly inappropriate doses of fentanyl.”

January 30, 2019 – CMS sends letter to Mount Carmel West notifying the hospital that its Medicare and Medicaid funding will be terminated unless they submit an acceptable plan of correction.

February 1, 2019 – CMS sends letter to Mount Carmel St. Ann’s notifying the hospital that its Medicare and Medicaid funding will be terminated unless they submit an acceptable plan of correction.

February 4, 2019 – Mount Carmel employee speaks out regarding the scandal to 10 Investigates. He alleges that Dr. Husel is responsible for ordering the high doses, but that the hospital’s lack of training of staff and lax internal controls led to a “systemic failure.”

February 5, 2019 – Correspondence between Dr. Husel and state medical board show that he apologized for his 1996 misdemeanor conviction for improperly storing a destructive device or pipe bomb while attending college in West Virginia. He also admits in a 2013 addendum to his medical license application that he got caught up in the wrong crowd, broke into cars and that his arrest more than 20 years ago is not reflective of the person he is today. Husel wrote: “my passion is taking care of sick patients in the ICU. Please give me the opportunity to practice what I love doing.”

February 5, 2019 – Mount Carmel acknowledges it has sent its plan of correction to CMS. Its federal funding hangs in the balance on whether CMS will accept its plan. Pharmacy manager Janet Whittey tells the state pharmacy board that she is no longer employed at Mount Carmel. The hospital has not said if she was fired or quit.

*(A total of 28 wrongful death lawsuits are filed against Mount Carmel and Dr. Husel).

February 12, 2019 – The Centers for Medicare and Medicaid Services accepts plans of correction for Mount Carmel to fix its deficiencies. State health inspectors noted that Mount Carmel “failed to ensure that a system was in place to monitor and prevent large doses of medications” from being accessed via overrides from the hospital’s automated medication dispensing machines. Inspectors noted that inn 24 of the 27 patient cases it reviewed, Husel used an override to access the pain medications. The hospital announced it is changing policies – including capping doses of fentanyl and requiring that physicians and nurses get pharmacy approval before using medications during ventilator removals. Staffers were also being re-educated on what to look for and ask questions if they have concerns about dosing.

March 29, 2019 - Mount Carmel Health System President and CEO Ed Lamb defends the hospital in an impromptu interview with 10 Investigates. 10 Investigates reporter Bennett Haeberle was covering another news story in downtown Columbus when he encountered Lamb and asked him to address criticism that Mount Carmel could have addressed the patient overdosing scandal sooner.

Ed Lamb: “I think we've been very transparent. We want to make sure that we are doing everything we can to let the public know what's going on.”

10 Investigates: “Was the hospital aware before October?”

Ed Lamb: “We've been discovering things all along as we've been learning through the investigation.”

10 Investigates: “Was there any chance to remove (Husel) before October.

Ed Lamb: “Not before October, no.”

April 22, 2019 – Three wrongful death lawsuits filed by the families of the patients are settled.