10 Investigates takes a closer look at the complex workings of the system that is supposed to provide supervision of ex-offenders. 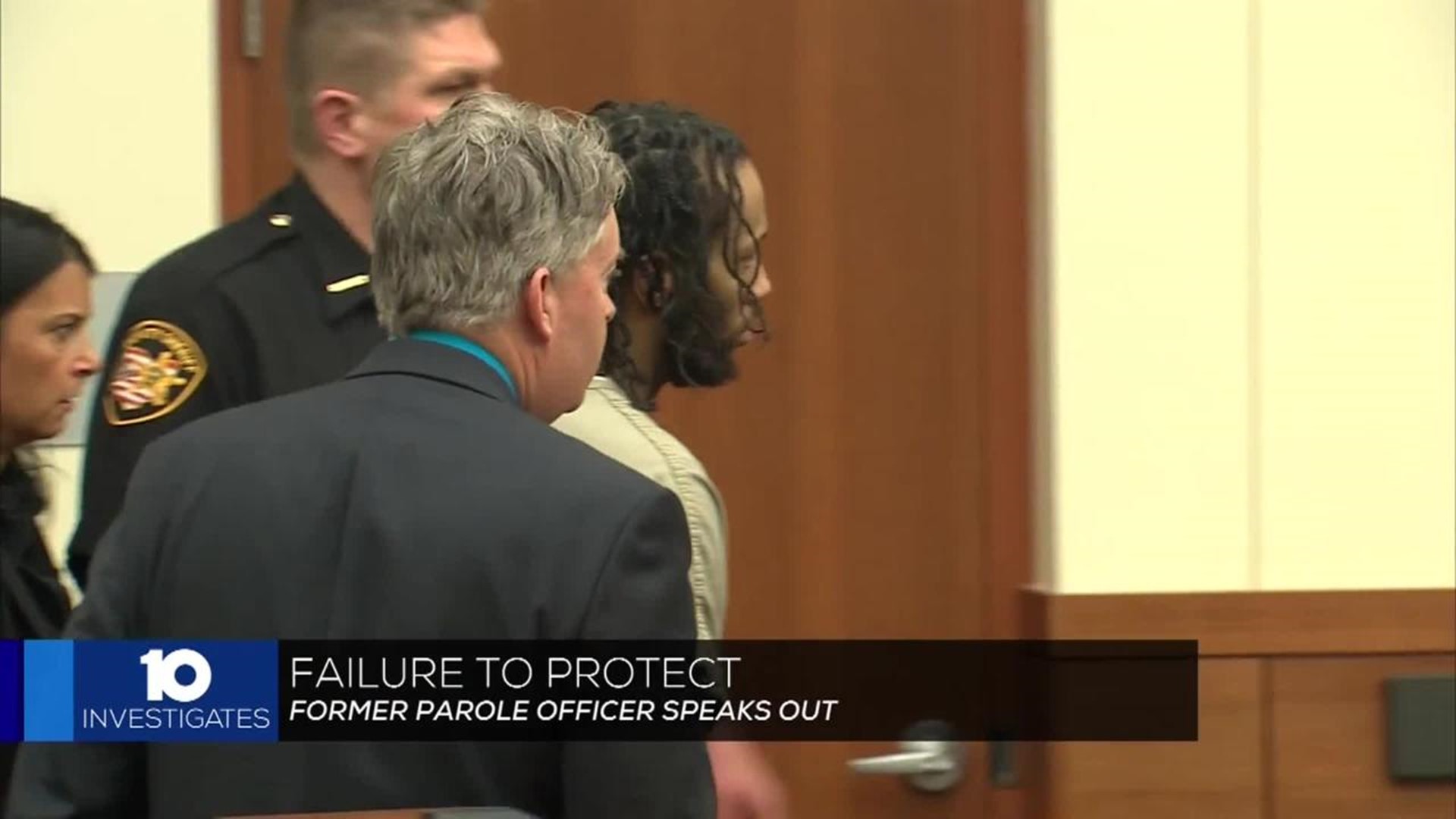 Three days after the February 8 kidnapping, rape, and murder of OSU student Reagan Tokes, Grove City Police showed up at a house on Forest Avenue and pulled out the prime suspect in her killing: 29-year-old Brian Golsby.

When Golsby was arrested, he was wearing a GPS tracking device on his ankle. That device didn’t come off until he was in jail, but what it recorded wasn't looked at until days after his arrest.

"It's a false pretense for the community to think that GPS is going to be a silver bullet answer to really preventing crime,” Alvis Chief Operating Officer Phil Nunes said.

Alvis is a re-entry program for ex-offenders. His agency placed the GPS tracking device on Golsby on behalf of the Adult Parole Authority but said Alvis was not in charge of actively monitoring his whereabouts.

He said they would only be notified if the GPS device was tampered with, cut off, or lost power; nothing else.

“A lot of folks have a misconception that, you know, we're looking at a screen or at a bunch of dots roaming around the city. And that's not what monitoring really is,” Nunes said.

Nunes explained that GPS is just a tool for probation officers to keep track of former inmates under their control. But it only reveals where a person has been, and not what they've been doing. That is why he said his program doesn't accept people like Golsby.

Golsby’s history of violence while in prison, and a sexual assault while committing a robbery, made him unfit for Alvis' re-entry program.

The only thing they would do, as requested by the state, was to physically put a monitor on Golsby and check to make sure it stayed in working order.

“Alvis has to be very specifically identifying the types of cases that we can take. Thanks to many of the communities that we're established in, we have to think about public safety for them first,” Nunes said. “We also have to determine whether or not we think that we can, in an appropriate way, treat somebody. And in his case, for example, we rejected his case."

The Adult Parole Authority eventually found a spot for Golsby in a temporary housing center called The EXIT Program.

The EXIT Program is not a halfway house and therefore is not as restrictive. Reynolds said it is strictly a housing program and Golsby was free to come and go as he pleased. His only limitation was to be in the home at night between 10 p.m. and six in the morning.

But Reynolds said he had a pass to be out of the house during the hours that he claimed he worked. 10 Investigates checked with Panacea Products to see if his job required overnight work. They wouldn't answer questions related to Golsby, or their hours of operation, they just said they're cooperating with authorities.

Reynolds stated, “He was not an inmate. He did not have to do things like be subject to specific violations. The parole officer did not even put him on a curfew. That is just something that is an internal policy of ours, specifically for those that are not signed out for work, for which he was.”

Reynolds went on to explain that essentially, they’re a “landlord.” A landlord that is paid from the Ohio Department of Rehabilitation and Correction $33 a night for each of its 93 beds across the state. If full, that totals more than $1.1 million tax dollars a year, and that comes with no responsibilities to verify any information outside the walls of the program.

So, if Golsby wrote on the Itinerary Sheet that he was working, The EXIT Program said it could allow him to sign out without checking on his whereabouts.

“Programs like The EXIT Program, it's a business,” explained a former parole officer. “It's making money off of people.”

The former parole officer we spoke to asked 10 Investigates to conceal his identity but said The EXIT Program is an example of the state correction department efforts to privatize the re-entry of former felons into communities. He worked for the parole system for three years and said it's broken.

Ins, ead they are each pointing out that they did as they were directed:

And that pointed right back to the Ohio Department of Rehabilitation and Correction. Both Alvis and EXIT said they are following ODRC’s policies to the letter.

“I think it's time to revisit policy for everyone involved if they feel like they did everything according to policy and they wouldn't have done anything different,” the former parole officer said. “I think that Director Mohr is a very good politician and the people that they let you talk to are well-trained as far as deflecting blame."