Their calls for the ban come despite a study by the Ohio Department of Health last year that found brines derived from oil and gas drilling pose a negligible risk to the public. 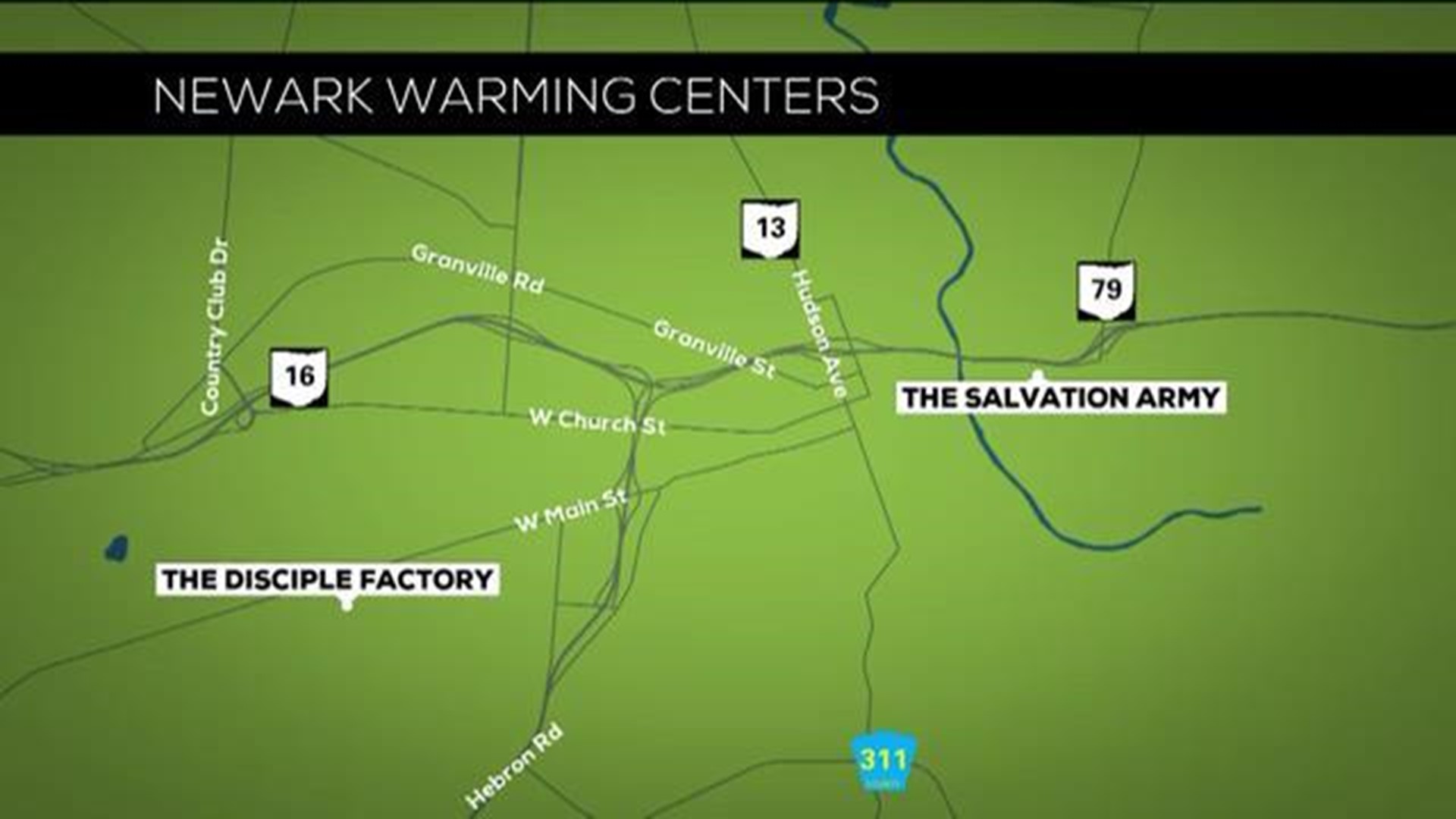 COLUMBUS (WBNS) – Environmental watchdogs in Ohio want at least one de-icing product and certain types of brine banned from being used on Ohio roads – citing concerns about their radioactivity.

Their calls for the ban come despite a study by the Ohio Department of Health last year that found brines derived from oil and gas drilling pose a negligible risk to the public.

But an environmental group and other scientists interviewed by 10 Investigates say they remain unconvinced and that further study is needed on the certain brines that contain high amounts of radium – a known carcinogen.

Ohio is one of 13 states that allows for the spreading of raw conventional well brine – leftover wastewater from oil and gas drilling – to be used as a de-icer in the winter and as a dust suppressant in the summer, according to a 2018 study from Penn State University.

ODNR officials confirmed to 10 Investigates that Ohio does not test for radium levels prior to oil and gas well brine from being spread.

Last year, the Ohio Department of Natural Resources began conducting studies on the radioactivity in oil and gas wells in 27 counties where they discovered combined radium levels between 54 to 9500 picocuries per liter.

The EPA’s maximum contaminant level for combined radium in drinking water is 5 picocuries per liter.

In order to spread oil and gas brine Ohio, local municipalities must pass a resolution authorizing its use.

According to records from the Ohio Department of Natural Resources, 33 counties have passed such resolutions.

While 10 Investigates reviewed records dating back to the 1980s showing hundreds upon hundreds of barrels were spread each year in some counties, some of the records we reviewed were incomplete or lacked specificity about where the brine was applied.

Teresa Mills with the Buckeye Environmental Network, said that her group is concerned about the radium levels because radium is a known carcinogen, a so-called “bone seeker” associated with certain types of cancer.

“We will not stop until he is stopped. Not only him but brine spreading stopped in the state of Ohio,” Mills said.

The “he” she was referring to is David Mansbery, owner of Nature’s Own Source, the developer of AquaSalina – a de-icing product that is derived from oil and gas drilling.

"I think we have a very safe and effective product and it's good for the traveling public,” Mansbery told 10 Investigates.

Mansbery told 10 Investigates that he feels environmental groups are harping on the oil and gas industry and that lots of other products have naturally occurring radioactivity from bananas, to brazil nuts to raw meat and granite countertops. In an interview with 10 Investigates Mansbery said of his product: “predominantly we are in the low to moderate range. Every well is different and you have variations. But ODH stated very clearly there is a negligible risk to the public.”

A 2019 study conducted by the Ohio Department of Health found that conventional well brine poses a negligible radiological health risk to the public. That same study showed that the average amount of combined radium 226 and 228 in AquaSalina was between 2500 and 3200 picocuries per liter.

Mills says that “he will never convince me that 3,000 picocuries per liter is safe.”

Mills says she and other environmental activists want to push state lawmakers to ban the use of brine from conventional oil and gas wells. While Ohio law does permit the well brine to be used as a de-icer and dust suppressant, most of the leftover wastewater in Ohio is placed back into injection wells. It is illegal for brine from unconventional wells or “fracking water” to be used on the roads.

Ohio also does not allow conventional well brine to discharged into groundwater.

Mills said her group first began concerned about AquaSalina after a 2017 study by the Ohio Department of Natural Resources found that AquaSalina's combined Radium levels were 300 times higher than the maximum allowable level of radium in drinking water.

But a follow-up study in 2019 found the process "to produce AquaSalina from conventional oil and gas production brine does not cause…" the radioactivity to increase.

“It's easy to complain but what are their solutions?” Mansbery said. “If you have studies that says it's a safe and effective product – and you still object to it – then what is your solution?”

Mansbery told 10 Investigates that his product makes the roads safer when temperatures are bitterly cold.

Matt Bruning, a spokesman for the Ohio Department of Transportation, said it is more cost-effective to create its own manmade brine by combining rock salt and water.

Bruning said that when temperatures drop below 20 degrees or below – ODOT does turn to additives – including AquaSalina.

Records provided by ODOT show that ODOT has reduced its use of AquaSalina from 2018 to 2019.

Dr. John Stolz, the director fo John Stolz is the director of the Center for Environmental Research and Education at Duquesne University in Pittsburgh. He has studies AquaSalina in his lab.

“So potentially if you are exposed to this it can cause issues and potential health issues. But it also decays to radon – you don't have to make a strong argument about the issues associated with radon,” Stolz said. “Compared to things like Three Mile Island – you might say well it's trivial but again that was an accident. This is – I don't want to say deliberate – but the whole idea is that you don't want to be applying this repeatedly on the roads. Or the sidewalks. Or you wouldn't want your kids exposed to that."

Stolz did acknowledge that diluting the product could reduce the exposure risk, but he said that the repeated application of this product should be considered.

ODOT told 10 Investigates that when it is used – it’s normally used as an additive.

10 Investigates also interviewed Dr. Travis Tasker with Saint Francis University. While at Penn State University he was one of several scientists who published a 2018 study that found that ‘radium levels will accumulate in roads following spreading events but likely at concentrations below regulatory standards.” Still, Tasker told 10 Investigates that the brine from oil and gas drilling needs further study.

Tasker said his immediate concerns were for radium that could attach itself to dust particles and for drivers who haul the brine.

Below are counties where spread oil and gas brine can be spread for de-icing and dust suppressant in Ohio: