Forced to Fight? Criminal investigation into whether corrections officers forced inmates to fight for entertainment

An attorney for one of the inmates calls it a "despicable" abuse of power. 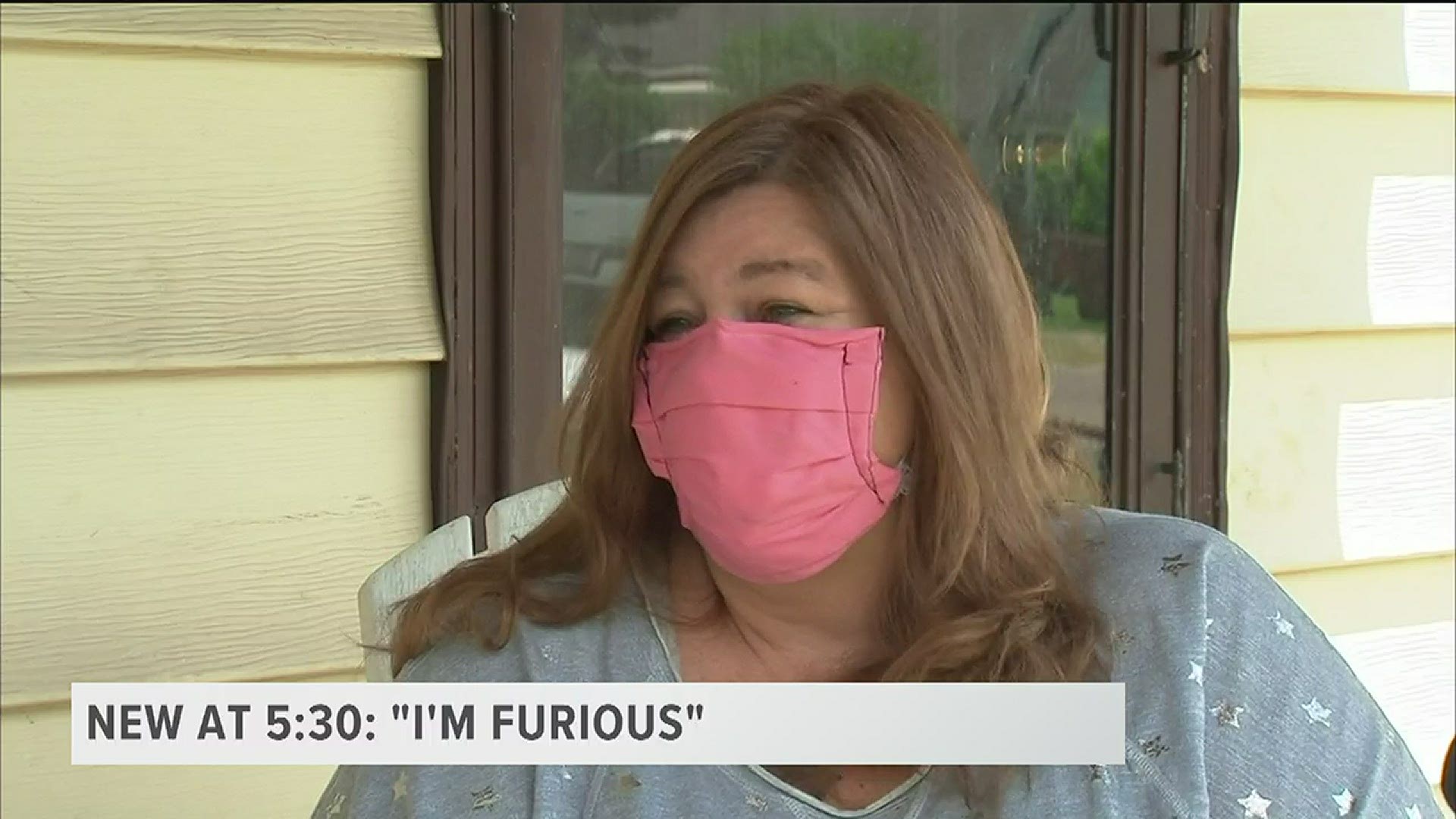 Inmates inside an Ohio prison forced to fight for the entertainment of corrections officers - that is the allegation that has two officers on leave and under criminal investigation.

An attorney for one of the inmates calls it a "despicable" abuse of power.

Angela Davis is the mother of an inmate inside the Ross Correctional Institution in Chillicothe.

“I'm not that mom that says, ‘Not my kid- he didn't do it!’ He's definitely where he is supposed to be. He did wrong, and he's being punished for it, and that's what he gets. And hopefully he's learned a lesson from that."

It’s a difficult thing for any mom to accept.

What she can't accept, is what was allegedly done to her son by the corrections officers - or CO's - responsible for his supervision and safety.

"A couple days before April 4, an inmate came to us, like hey, the CO's want you to fight,” said Nick Davis in a phone interview with 10TV. “You and ‘Drizzy,’ which was Hamilton, the other guy. They're like, they want you guys to fight."

The Hamilton Davis refers to is fellow inmate Marcus Hamilton.

On April 4, Davis says a guard let him out of his cell and took him to another cell where the fight was to happen.

"You guys are gonna go in this cell, you're gonna have four minutes to fight. You guys gotta make it look good. There's a couple people betting on this fight,” he said they told him.

"My client was taken to a specific cell that had been cleared out, with the purpose of having to fight another inmate. And he was instructed to do so,” Camillus said.

Both Hamilton and Davis say they're housed in completely different blocks until corrections officers brought Hamilton to Davis.

"Me and him talked right before we fought, like ‘Man I don't want to do this s***.’ And he said the same thing. But he's like, ‘I don't want to find out what happens to us if we don't do it either.’"

Camillus confirms, Hamilton had no interest in fighting Davis.

“He was forced to. This is something you and I might have trouble relating to, but he was a prison inmate. Corrections Officers have a lot of authority. Unfortunately sometimes it's abused, to make inmates' lives a living hell."

We asked Davis why he went through with the fight.

“Because I feared for what was gonna happen to me if I didn't,” he said. “And they control how I live in here. So if they're telling me it's gonna be bad for me if I don't fight and make this fight look good, I don't want to find out what 'bad for me' is."

Both Davis and Hamilton say they fought brutally for approximately four minutes and were then returned to their cells without medical attention.

"For that first three days I was puking all over my cell,” Davis said. “I know I had a concussion. I know I had a fracture over my eye because my left eye was swelled shut for like 4 or 5 days."

Davis and Hamilton say 17 days passed, and then they were taken to the hole - isolation - as punishment for being out of their cells, and for fighting.

On May 7, the Ohio State Highway Patrol started a criminal investigation of the matter, as a possible dereliction of duty case.

Their report reads: "a staff member at Ross Correctional allowed a suspect inmate to leave a cell and assault a victim inmate."

"I'm just appalled that this,” said Angela Davis. “Not only have them fight and beat the hell out of each other, but they punished them for it!"

Davis knows not everyone will have sympathy for a convicted criminal. But he says he doesn’t deserve this.

"There is a judicial system, and he was punished, and he's doing his time,” Angela Davis said. “People will say you do the crime, you do the time. But does that include inhumane behavior? Not in the United States of America."

The Ohio State Highway Patrol is conducting a criminal investigation into these allegations.

When it is completed, it will be sent to the Ross County Prosecutor to determine whether the officers will be charged.

The Department of Rehabilitation and Correction is doing an internal investigation.

ODRC and the union representing the officers declined to comment for this story.

10TV also reached out to the officers in question- the one we were able to reach said he couldn't comment.