Criminal charges against dozens of protesters dismissed for ‘clerical errors’

The 10 Investigates’ review looked at people cited or arrested between May 28 and June 8 whose charges had been dismissed – as of June 23. 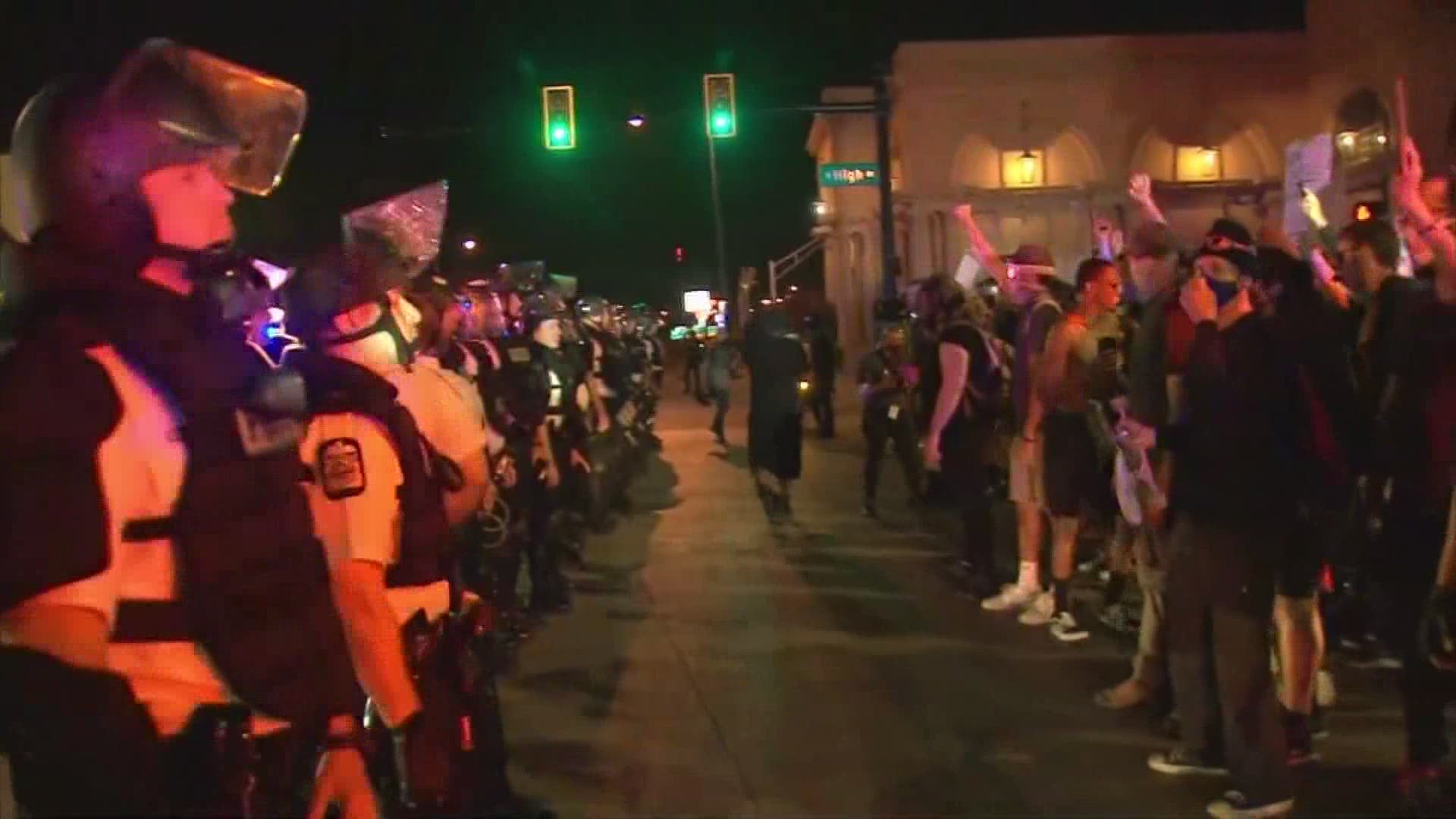 A 10 Investigates’ review of Franklin County Municipal Court records show that criminal charges filed against at least 59 protesters have been dismissed because of technical errors, according to Columbus city attorney Zach Klein.

Charges in some of the cases could be re-filed, but in an interview Thursday with 10 Investigates, Klein declined to say which ones, only saying that his office would generally be focused on holding those accountable who were alleged to have committed acts of violence and property destruction.

The 10 Investigates’ review looked at people cited or arrested between May 28 and June 8 whose charges had been dismissed – as of June 23.

Our review of court records found at least 36 people who were charged with “failure to disperse” had those charges dismissed at the request of the prosecutor.

10 Investigates also found at least 12 people charged with rioting that had their charges dismissed. Other dismissed charges included at least one count of felony assault, breaking and entering, disorderly conduct, obstruction of official business and pointing a laser at an aircraft.

10 Investigates made contact with at least two people who had their charges dismissed. Both individuals declined to be interviewed but said they had been made aware they could be indicted on their respective charges.

When pressed about what exactly were these clerical or technical errors Klein said it had to do with how these charges were filed at the time of the arrest.

“These officers are making these decisions in the heat of the moment – because the protests were going on at the same time that they were making these arrests for violence and for destruction and we have a legal obligation as members of the bar to make sure that the charges are correct,” Klein said. “if the charges are deficient they can be dismissed before we proceed.”

Regarding these clerical errors, Klein said that his office has a duty to ensure that the alleged acts fit with the definition of the crimes under the Ohio Revised Code. Failure to do so, he said, could result in the charges being dismissed before they can move forward with the cases.

When pressed again about what were these specific errors, he said:

“Honestly, I’m not here to pass blame or pass dispersions. The reality is we don’t typically deal – and thankfully so – with riot charges,” Klein said. “These are charges that are not often used. And frankly, that’s a good thing for our community. These are charges that because of the infrequency of their use there were just some errors associated with it.”

Zach Klein also says he wants accountability on both sides and is looking at the behavior and conduct of officers during the protests as well to determine if the policy or the law were violated.

He did not say if his office was looking at a specific number of officers.

"We are actively in the process of reviewing hundreds of submissions, looking at the various camera angles whether it is body camera or citizen.... so I have no exact details to report at this time other than we are literally sitting down in front of a computer and looking at those as we speak,” he said.