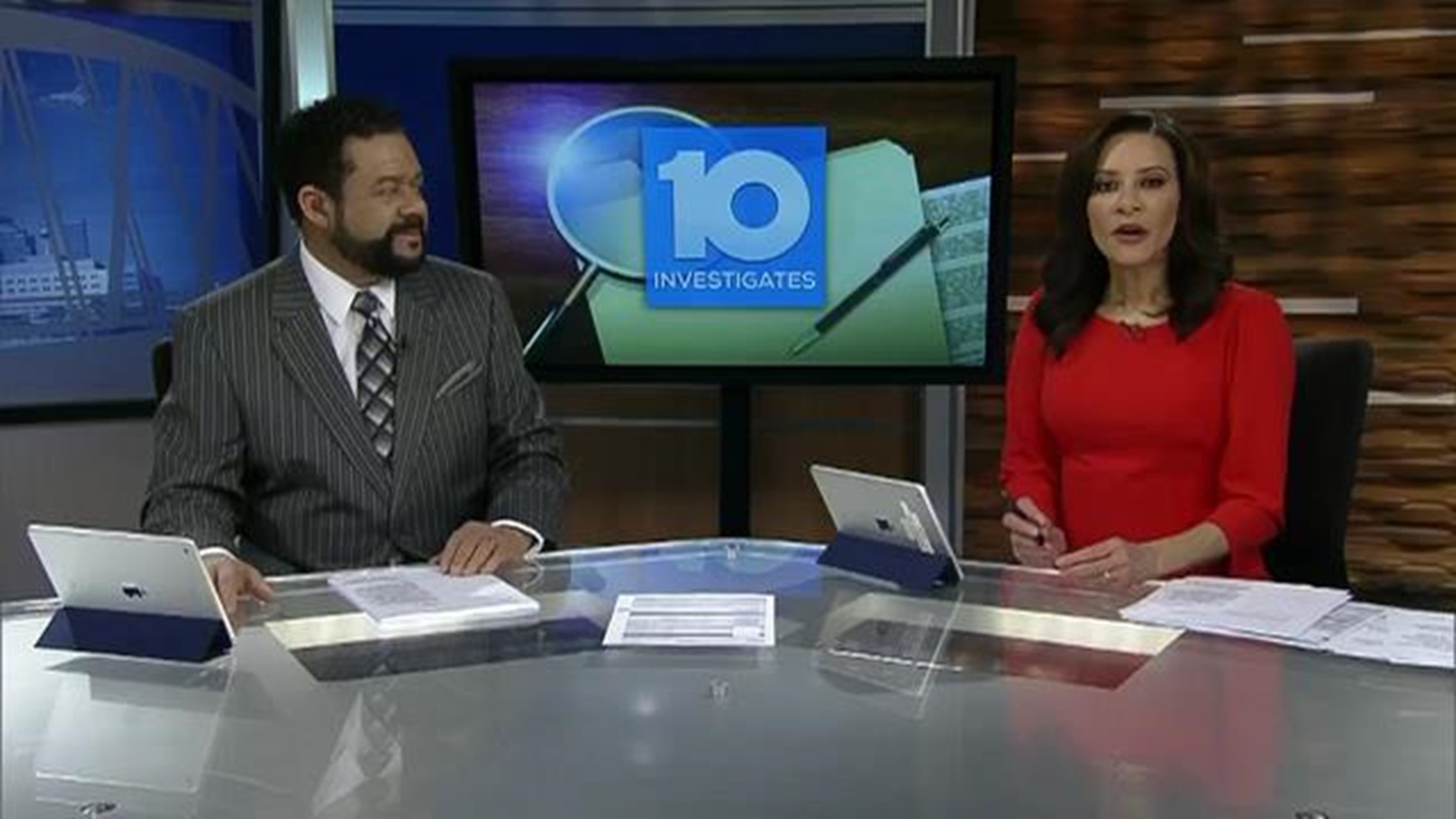 As we reported in Part 1 of our investigation, high-ranking Columbus Police officers are worried about what they call dangerous, unnecessary pursuits by the Franklin County Sheriff's Office.

And they say, the problem has gotten worse since the Sheriff's Office teamed up with a popular national crime show.

"Live PD" purports to show the reality of law enforcement across America.

Since last November, cameras for the popular show have been rolling in Franklin County.

Cameras riding along with Franklin County Sheriff's deputies capture the hum-drum, the harrowing, and the heroic.

It's compelling TV to be sure. But some say it has changed the way the Sheriff's Office does its job.

And the people raising those concerns- are high-ranking Columbus Police Officers.

The worries are detailed in public records and on-background conversations with 10TV.

One Commander writes: "It is my understanding that Deputies are 'jumping' CPD runs around the city. Especially when it involved LIVE PD and something 'fun' is occurring. This creates confusion for the public, unwanted media issues, officer safety concerns and jeopardizes the outcome for the victims"

Another Commander writes:"I have heard the deputies increasingly marking on our runs. I have concerns about that." regarding the safety of CPD plainclothes officers.

A third Commander writes, "Supervisors, please ensure your officers are aware that these crews are out there and marking on CPD runs in several parts of the city"

One supervisor tells 10TV "They never take calls in the city. Now they're showing up on our shootings and robberies. They're trying to get into extra stuff to make good TV."

A Sergeant writes: "We are seeing more and more activity from the county...They seem to play by a complete different set of rules thank we do...Their pursuit policies are not even close to ours...especially since this Live PD has gotten attached to them, I've seen them driving...(lights and sirens) on (no driver's license runs)."

"They don't have a strong enough pursuit policy," a Commander told 10TV. "They chase everything. And if they're coming into the city more, that creates a danger within the city of Columbus."

10TV took those concerns to Franklin County Sheriff Dallas Baldwin, who only agreed to speak with us if CPD Interim Chief Tom Quinlan was present.

Glenn McEntyre- "Do the cameras change behavior?"
Sheriff Baldwin: "I think they can. And that was an issue I talked about with our command staff and our deputies early on. And we have reinforced a couple of times. To make sure that you're not playing to the camera. You're there to do a job. You're paid to be in a particular area. If the camera happens to catch it, that's fine. If it's a slow night in your area, it's a slow night."
Glenn McEntyre: "Has there been any change whatsoever in how your folks respond or do their jobs, since Live PD came on?"
Sheriff Baldwin: "I don't think in how they do their jobs at all. They follow the law, they are well trained, and they make sure they are obeying the rules."

Glenn McEntyre: "Do you have concerns about county pursuits coming into your city on your streets?"
CPD Chief Tom Quinlan: "Well I defer to the Sheriff that he's providing training, leadership and direction, just as we provide training, leadership and direction to our personnel."
Glenn McEntyre "Their policy, when it comes to the threshold, is in conflict with city policy, is it not?"
CPD Chief Tom Quinlan: "Sure, there's a distinct difference in when we are allowed to pursue."

CPD personnel point to two recent Sheriff's pursuits that traveled into or through Columbus.

One: for a possible stolen vehicle- reached speeds of 108 miles an hour and ended in a collision with an Obetz officer.

Another: a traffic stop where the suspect fled- led to a 90 mile-an-hour pursuit on James Road that killed the suspect and his passenger, with two toddlers rescued from the wreckage.

"I want the officers and deputies, everyone working the streets to be very confident in their leadership that, we're on top of this," Baldwin said. "If there are concerns, we'll address it. And we'll make sure that our actions and their actions are compatible and we're not having anyone nervous when they get out when they see a camera crew or don't. We want to make sure our actions are totally appropriate. The safety of our personnel out there and the safety of the public is number one."

"And when that's jeopardized, we'll take action to stop that," said Baldwin.

Baldwin says the only difference between his and the Columbus Police pursuit policy is the level of offense required to initiate a chase.

He says his policy is based on the safety of conditions and surroundings at the time- not on the seriousness of the crime.

He also says just like the CPD, his pursuits are managed in real time by a supervisor, and when they are deemed too dangerous, they are terminated.

As for concerns about Live PD, the two agencies have agreed that if it's a CPD run, and the Sheriff's Office shows up, the cameras will stay in the car.

The Sheriff's jurisdiction is all of Franklin County, including the city of Columbus and any other city within the county.

So they are within their jurisdiction by dipping into city runs and calls.

What city police say is that historically, they have not done it as much as they are now, since partnering with Live PD.

The Fraternal Order of Police provided 10TV with a statement, saying in part:

"Anonymous remarks in the media do not serve the public or law enforcement, and differences in policy should not form the basis for causing dissension among law enforcement agencies." Click here to read the complete statement.

The Sheriff's Office says it gets no compensation from its one-year contract with Live PD. Click here to read the contract.