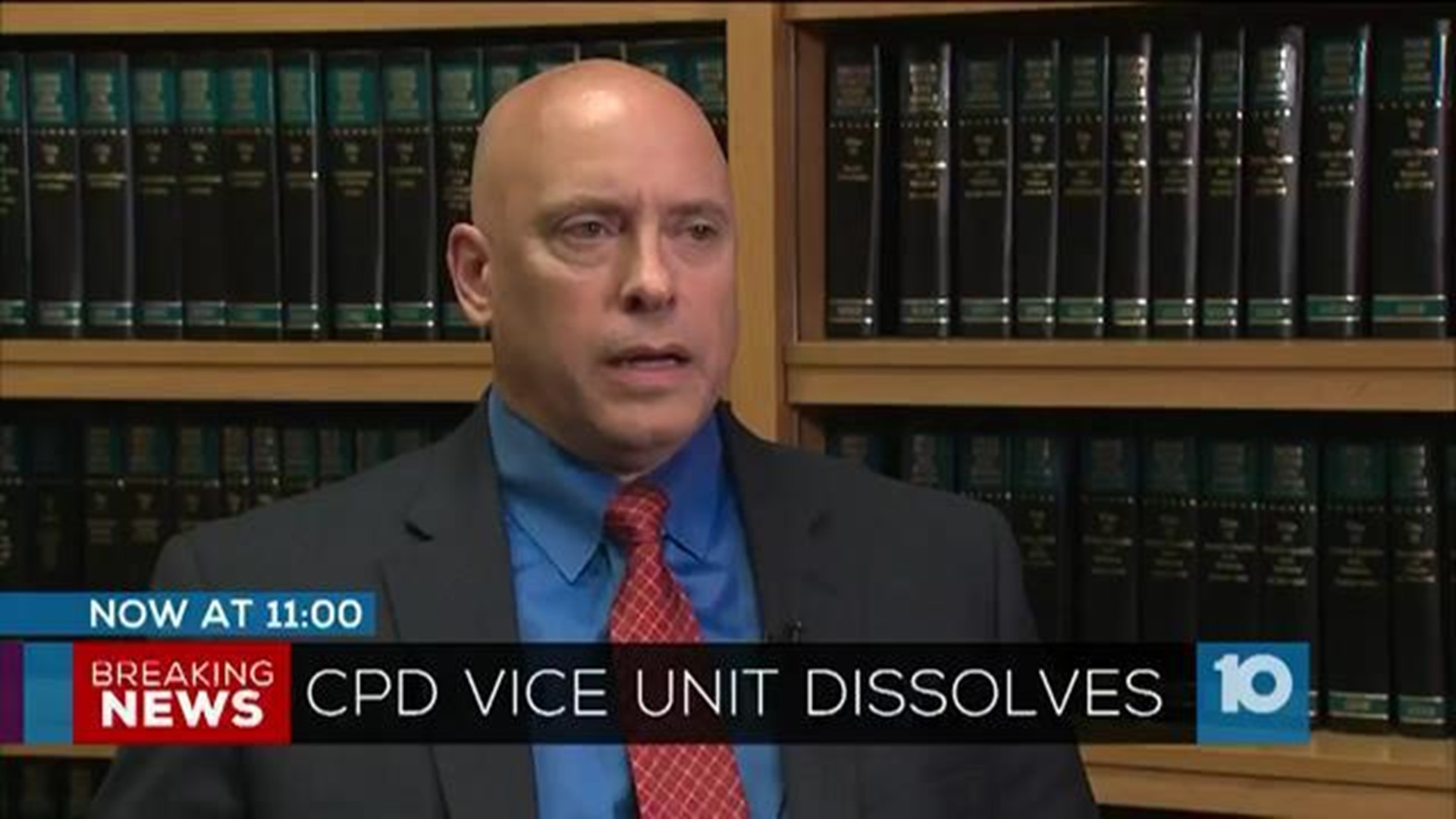 The move comes months after highly publicized scandals involving the covert vice unit – including the July arrest of adult film star Stormy Daniels which an internal police department deemed was “improper” and the indictment last week of vice officer Andrew Mitchell – who is facing life in prison over allegations that he abused his power – allegedly coaxing women into sex acts in exchange for their freedom.

“Today I met with the seven vice officers remaining and about 5:30 today I provided them with a notice that I was abolishing their assignment,” Chief Tom Quinlan told 10 Investigates Tuesday evening.

When asked if the absence of a vice unit would leave some areas of crime uncovered, Quinlan said: “The community has the expectations going forward to work on prostitution-related, gambling-related crimes that are concern to the public. We still have to address those issues. We just have to find community-focused ways of doing it. Vice is a covert unit in the way they performed their duties. We need to find a way of doing it with uniformed officers, directed patrol officers in plain clothes but not officers who per se covert.”

When asked what role the recent scandals involving the vice unit played in his decision, Quinlan told 10 Investigates:

“I can’t say it wasn’t on my mind but I have limited information myself on that because we are not conducting the investigation. I just feel that taking over as the interim chief I need to find new ways to provide service to the public based on what the public’s needs and expectations are.”

Columbus Mayor Andrew Ginther released the following statement Tuesday, "I applaud Police Chief Tom Quinlan’s decision to disband the Vice Unit, recognizing the Unit has lost the public’s trust. I also commend the dedicated, hardworking officers of our Police Division who dedicate their lives to safer neighborhoods across Columbus. Change and reform is hard but necessary to become the best of the best. I look forward to Chief Quinlan’s work to create new units that better serve the community’s needs. Our residents should be assured that laws like liquor violations will continue to be enforced with greater scrutiny and in the context of community-oriented policing."