In a letter to the state, Sequel Pomegranate – which had been doing business as Torii Behavioral Health – did not provide a reason for its decision to close. 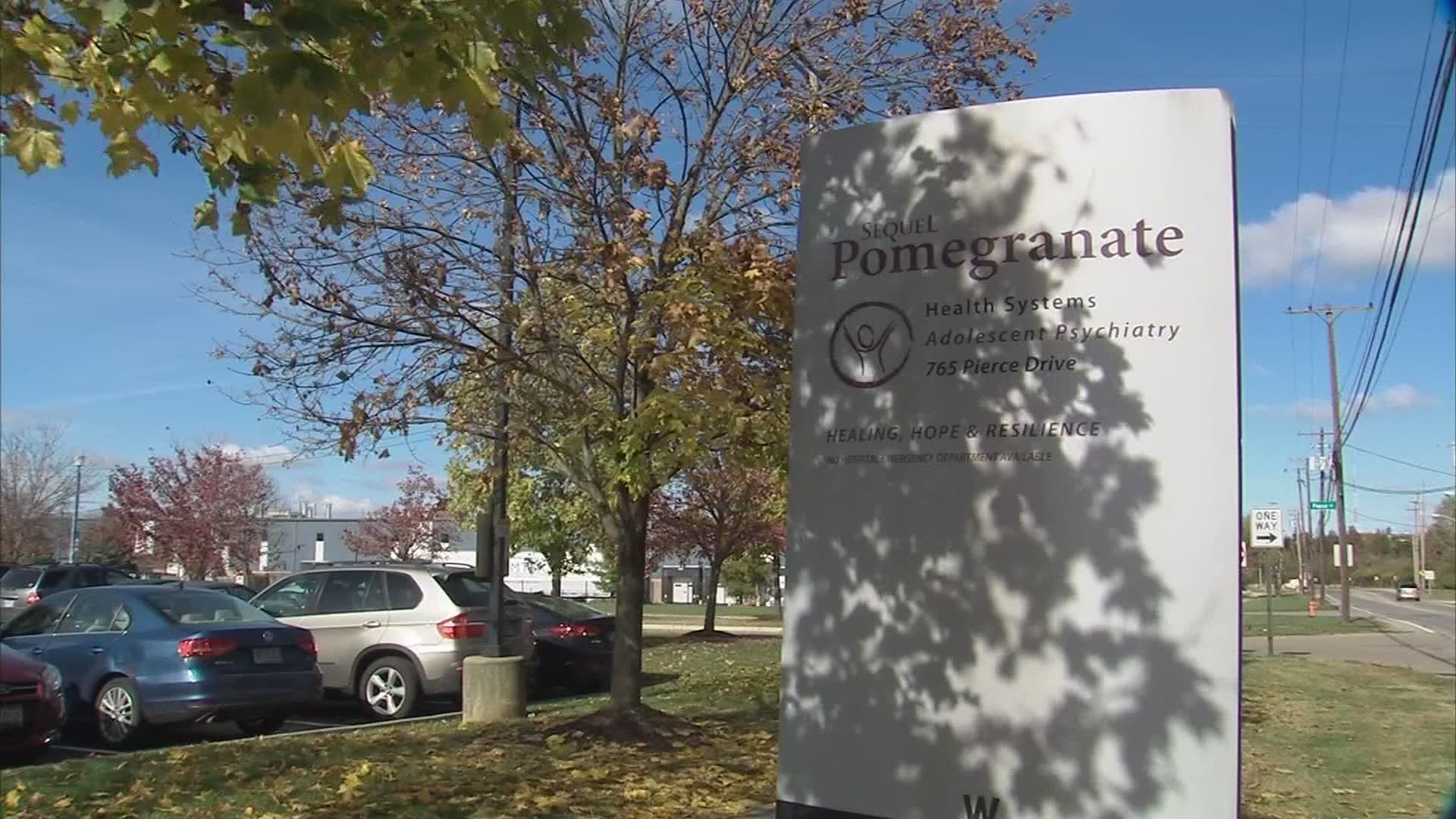 COLUMBUS, Ohio — In its Sept. 8 letter to the state, the embattled teen psychiatric facility Sequel Pomegranate announced it is closing.

No explanation was given.

But the psychiatric and behavioral treatment facility for teens – which re-branded itself as Torii Behavioral Health earlier this year - has a legacy that’s been marred by incidents of violence and abuse and threats by the state to revoke its license.

10 Investigates’ review of three years’ worth of police records, incident and inspection reports and interviews with past residents, parents and former workers uncovered a recurring pattern of incidents where teens and staffers were hurt through incidents including fights, riots and restraint holds.

It threatened to revoke the license of the resident facility following repeated calls to the Columbus Division of Police, fights, riots and reports of children and staff being hurt.

Instead, Sequel Pomegranate removed all children and turned in its license to its residential facility.

However, under a past settlement agreement, the facility was able to keep its psychiatric acute hospital open – which it did under the name Torii.

But all the children are already gone.

“This letter provides notification of the closure of the adolescent psychiatric hospital operated by Sequel Pomegranate Health Systems, LLC d/b/a Torii Behavioral Health. The expected closure date is October 8, 2021 following the discharge of all patients. Torii is voluntarily relinquishing all of its OMHAS licenses and certifications as of the closure date including its license to operate a private psychiatric hospital and its mental health certification. All patients will be discharged to home or to an appropriate alternative setting consistent with applicable legal obligations. We anticipate that all patients will be discharged by September 10, 2021 and we are not accepting any new admissions.”

Henderson has not responded to calls and emails. A woman who answered the phone at the facility on Thursday said the closure was the decision of the parent company – Sequel Youth and Family Services.

Repeated calls and emails placed by 10 Investigates to the parent company – Sequel Youth and Family Services – have gone unreturned. So too have calls and voicemails left with the company’s founder and chairman, Jay Ripley.

“Of course I was extremely happy and relieved that it shut down,” said a woman – now in her 20s – during an interview with 10 Investigates.

The woman, who asked not to be identified given the sensitive nature of her diagnosis, said she spent two weeks at the facility’s acute unit. At the time, she said she struggled with suicidal ideation and during her stay at the facility was placed in a seclusion room with no food, blanket and no ability to reach her parents. She says she was also threatened with being restrained.

She was not but says she did witness it happening to other children.

“It’s definitely traumatizing. It’s always traumatizing to see someone get restrained. Seeing 4 or 5 staff members on top of one 100-pound child is crazy to see,” she said.

Traci Miller said her son endured physical trauma during his stay in 2018.

Her son’s allegation that he was sexually assaulted by another teen inside the facility was not substantiated. Columbus Division of Police investigated but did not charge anyone. A hospital report, however provided to 10 Investigates, said even though a sexual assault exam was deemed to be normal, a normal exam, “does not negate the possibility of sexual assault.”

Traci said with no available bed space elsewhere, Franklin County Children Services recommended he return to Sequel Pomegranate where the next day, Traci said he was physically attacked by a group of ten teens. He went back to the hospital following that assault.

Three years later, Traci says her son – who has struggled with suicidal ideation - is still dealing with the trauma he endured there.

“It’s led to severe PTSD – we are still to this day dealing with the trauma of what happened in that very short period of time at that facility,” Miller said during an interview with 10 Investigates.

Miller said she has mixed emotions about the closure.

“A lot of mixed thoughts. It’s a good thing that they are shut down. They needed to be shut down based on the things that I personally witnessed in that facility,” she said.

Miller said she worries about the void that will be left behind with the closure of Sequel Pomegranate/Torii Behavioral Health.

She’d like to see more oversight, accountability and auditing of facilities in the so-called “troubled teen industry.”

Since 2019, 10 Investigates has reported on a series of recurring problems at the facility - including substantiated cases of violence and abuse that has left both teens and staff there injured.

Our reporting prompted increased inspections by both the state and county agencies in the fall of 2019. OHMAS would later cite the facility for using improper restraint holds.

In November of 2019, two staffers were fired – including a nurse - who punched and kicked a teenage girl during a restraint hold. That prompted the state to threaten to revoke the license of the facility’s acute hospital. The facility maintained that license through a settle agreement in which it agreed to retrain staff and address its issues.

Should we hear back from Sequel Youth and Family Services, this story will be updated.