The e. coli outbreak has impacted dozens of people in nearby states like Kentucky Tennessee and Indiana. 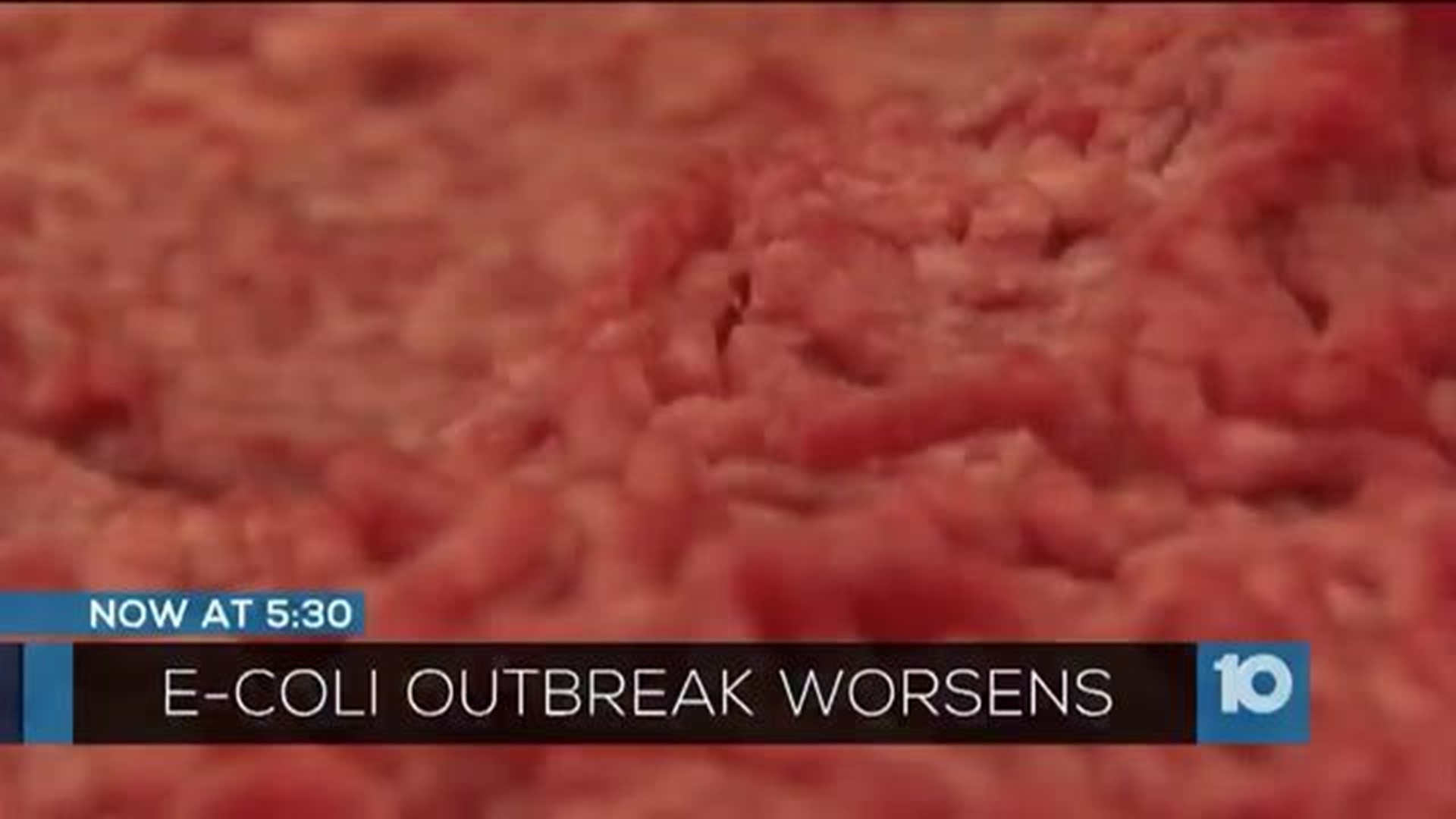 COLUMBUS – The Ohio Department of Health says it is monitoring and keeping tabs on the latest updates from the Centers for Disease Control and Prevention after nearly 200 people have fallen ill in 10 states from an e. coli outbreak linked to ground beef.

The e. coli outbreak has impacted dozens of people in nearby states like Kentucky Tennessee and Indiana.

Two companies – one in Illinois and another in Georgia – have recalled roughly 170,000 pounds of ground beef since March, according to the CDC.

Still, investigators have not publicly identified the restaurants, grocery stores or suppliers where this tainted ground beef was sold.

In its latest update posted May 13, the CDC noted:

USDA-FSIS and state regulatory officials continue to collect products for testing and continue their traceback investigations to determine the source of ground beef supplied to grocery stores and restaurants where ill people ate. At this time, no common supplier, distributor, or brand of ground beef has been identified that could account for the whole outbreak. Consumers should handle ground beef safely and cook it thoroughly.”

10TV News spoke Tuesday with Gina Nicholson Kramer, a former food safety manager with Kroger, who has also worked on foodborne illness investigations while working as a food safety inspector. She now runs her own consulting and auditing business, Savour Food Safety.

“The great thing is that we have very, very smart investigators that are working on this. The epidemiologists are trained to search on every corner. Uncover every rock that they can,” she said.

She says the difficult thing right now can be pinpointing the exact locations of how people became ill. Restaurants or grocers may have combine the tainted meat with other items. Nicholson Kramer says relying on specific lab testing is the best bet to link an outbreak back to a supplier.

“That shiga toxin is one of the deadliest toxins known to man. So if that e. coli has been able to produce that toxin in the person who has become ill, many times that person can move into kidney failure or go into hemolytic uremic syndrome. HUS. A very serious health condition… it can be deadly,” Gina Nicholson Kramer said.

Her best suggestions: make sure anyone washes their hands before, during and after preparing ground beef; make sure it is thoroughly cooked to 160 degrees Fahrenheit; store raw meat properly on a lower shelf so that it does not drip on produce or other items; and after cooking, quickly refrigerator any leftovers.

The Ohio Department of Health also provided these figures to 10TV.