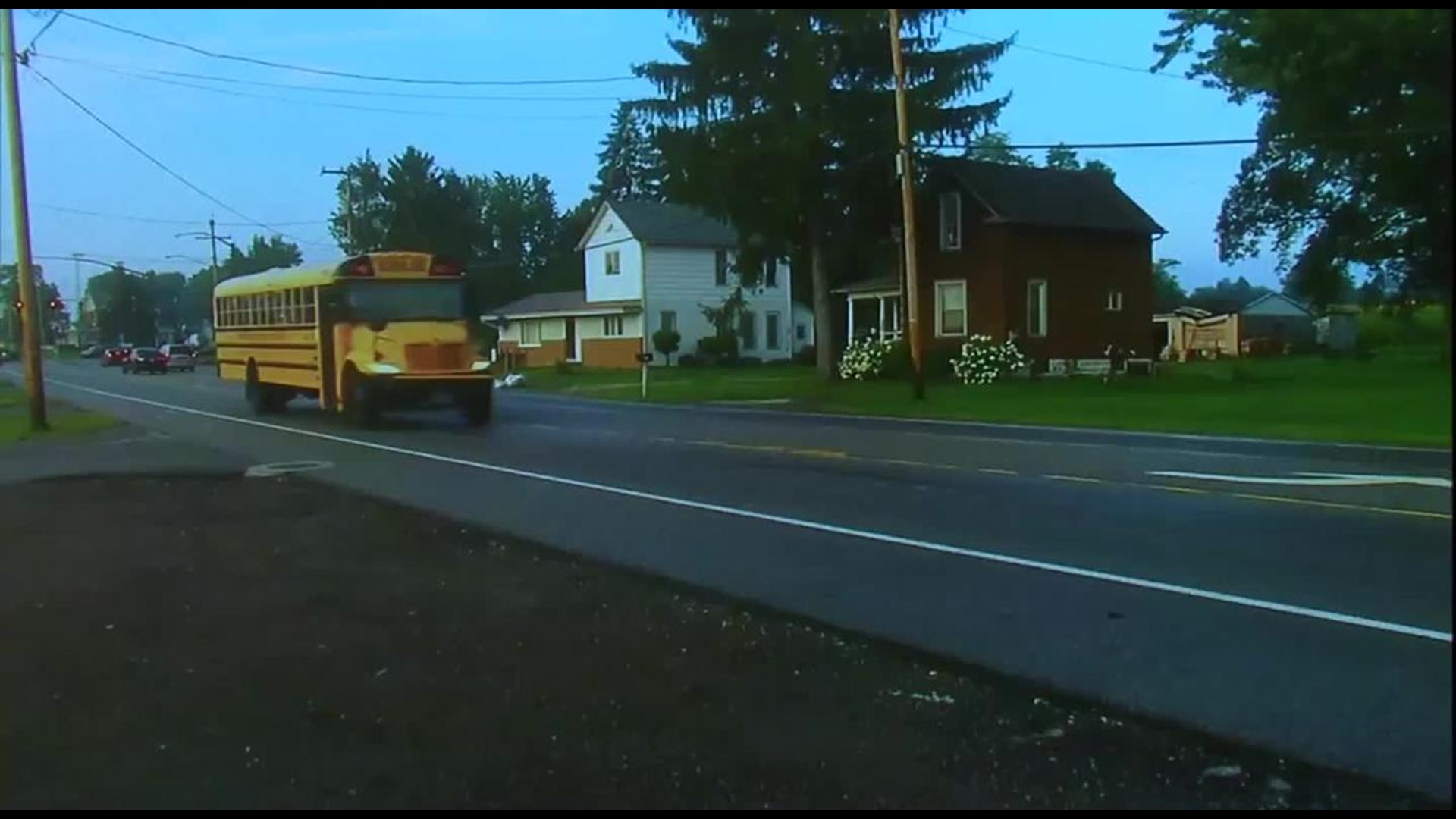 And school districts had no idea.

That includes Kevin Cousar.  He drives Columbus City School children. This April, police arrested him after he pointed a gun at his wife's head and said "goodnight." He plead guilty to aggravated menacing and still drive kids to school.

Columbus City Schools spokesperson Jeff Warner explained, "When we became aware of it, through this investigation, we were able to move forward and start our process…Our process could include discipline or termination."

After 10 Investigates requested an interview with him, Kevin Cousar quit his job. Court records show Cousar was required to surrender his guns.

Cousar is not alone. 10 Investigates researched 9 Central Ohio districts and found bus drivers arrested after they were hired for crimes including theft, assault, and domestic violence.

10 Investigates discovered Columbus also wasn't notified when driver Chequtra May was charged with endangering children. Nor did they know that driver Jonathan Wade has an arrest warrant wanted for failing to comply with a protection order.

The fact that school districts don't know about these bus drivers concerned Kim Maloney, mother of a kindergartner, "They could be convicted a year or more down the line and a bus driver could be driving my sons to school and back."

Officials have boasted that the Ohio Education Department is the only state in the country to have a notification system automatically alerting school districts if any of the state’s 34,000 bus driver were to be arrested.

The system, though, has flaws meaning districts are waiting weeks or months to learn about the arrest – if at all.

The mother of that 6-year-old, Laura Brooks, told 10 Investigates, “It's not enough. When you have a small child that you trust those people to care for your children, you trust that your child is safe."

A month after Litostansky's arrest, Whitehall school district still has not received notification from that state system.

The case exemplifies one of the problems with the system.

The system, called RapBack is only triggered when drivers are fingerprinted. However, Whitehall, like many police agencies in Ohio, doesn't fingerprint suspects when they are summonsed. That means weeks and months can go by before the alert system is triggered, notifying schools of an arrest. The notification system is run through the Ohio Attorney General's Office.

No fingerprints means schools districts are left in the dark. But even when fingerprints are taken, 10 Investigates found several instances when the system failed and notification was delayed.

Kim Stout drives for Westerville School District. When she was arrested and fingerprinted for a domestic violence charge, the school district wasn't notified by the system until almost 3 months later.

Columbus City School's Sheila Clark was arrested for scratching and hitting her daughter. It took nearly 5 months for the district to be told by the state.

South- Western City School District says the system works for them and their 157 drivers. But they believe more can be done to notify them of bus driver arrests as quickly as possible.

"The more information we can have, the better we can protect our students,” said spokesperson Sandy Nekoloff.

The Attorney Generals Office wrote in a statement 10 Investigates questions “highlight potential vulnerabilities with the process, most of which we’ve been working to correct.” The Attorney General’s office added “it appears a technical malfunction may have occurred within the RapBack system.”

A new system, called RapBack 2.0, will be launched by the Attorney General by the end of November. It will allow school districts to automatically find out the charges their bus drivers face without having to ask for more information. The Attorney General also is calling for a “complete review” of the RapBack system.

We've reached out to the bus drivers in our investigation through their employers. So far, none have responded.

There's a way you can find out if your child's school bus driver was arrested and what crimes they were charged with. Find out in this step-by-step on this video.

To learn more about the law requiring school districts to suspend bus drivers for certain criminal offenses, here is a link to the Ohio Administrative Code.  http://codes.ohio.gov/oac/3301-83-23

The Ohio School Boards Association provides a fact sheet and frequently asked questions on the topic that can be seen here:  http://www.ohioschoolboards.org/files/fs/OSBACriminalRecordsFactSheet.pdf 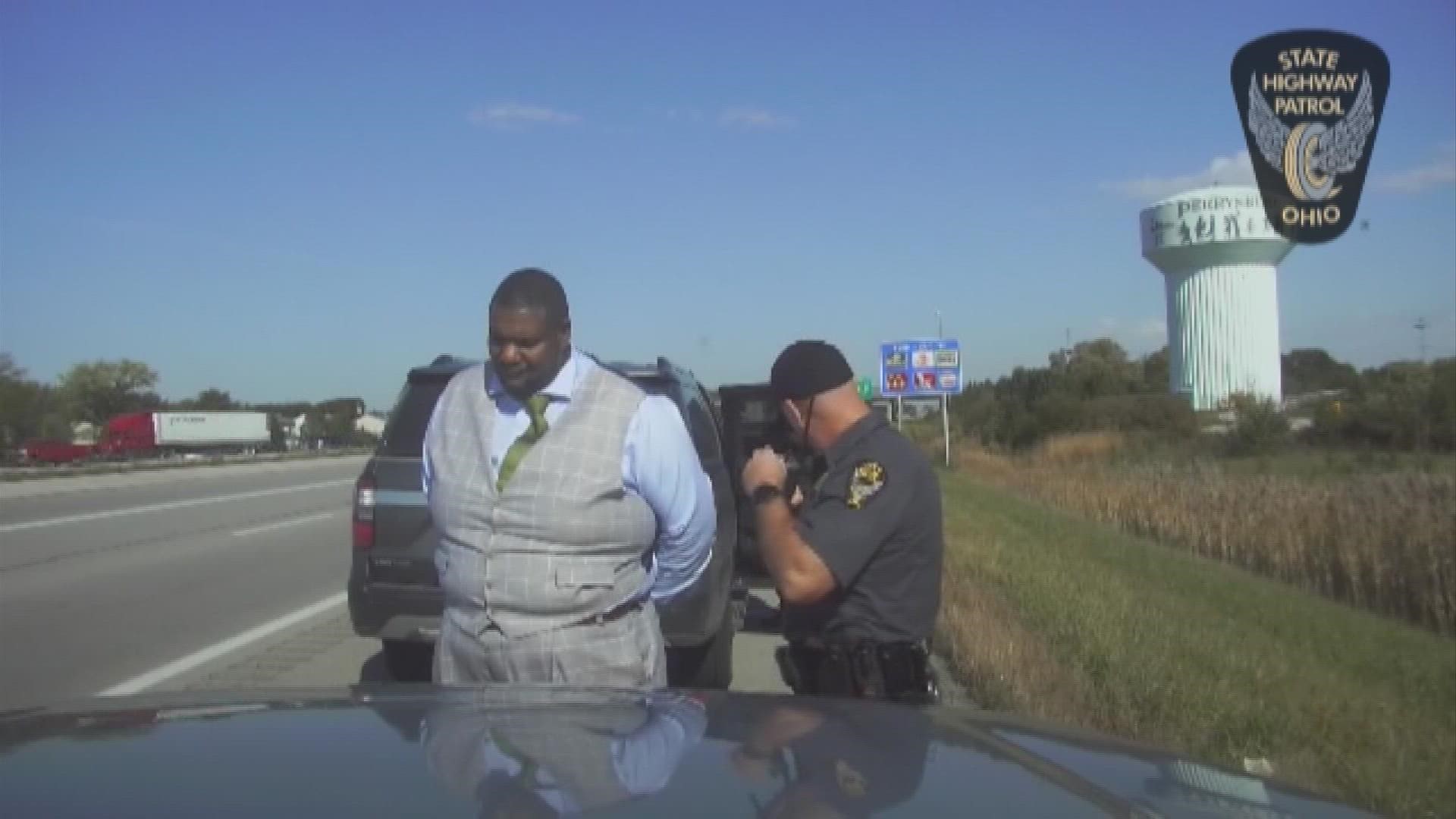