Franklin County Sheriff’s Office records show that it has recorded 24 missing person reports from Maryhaven in 2020. 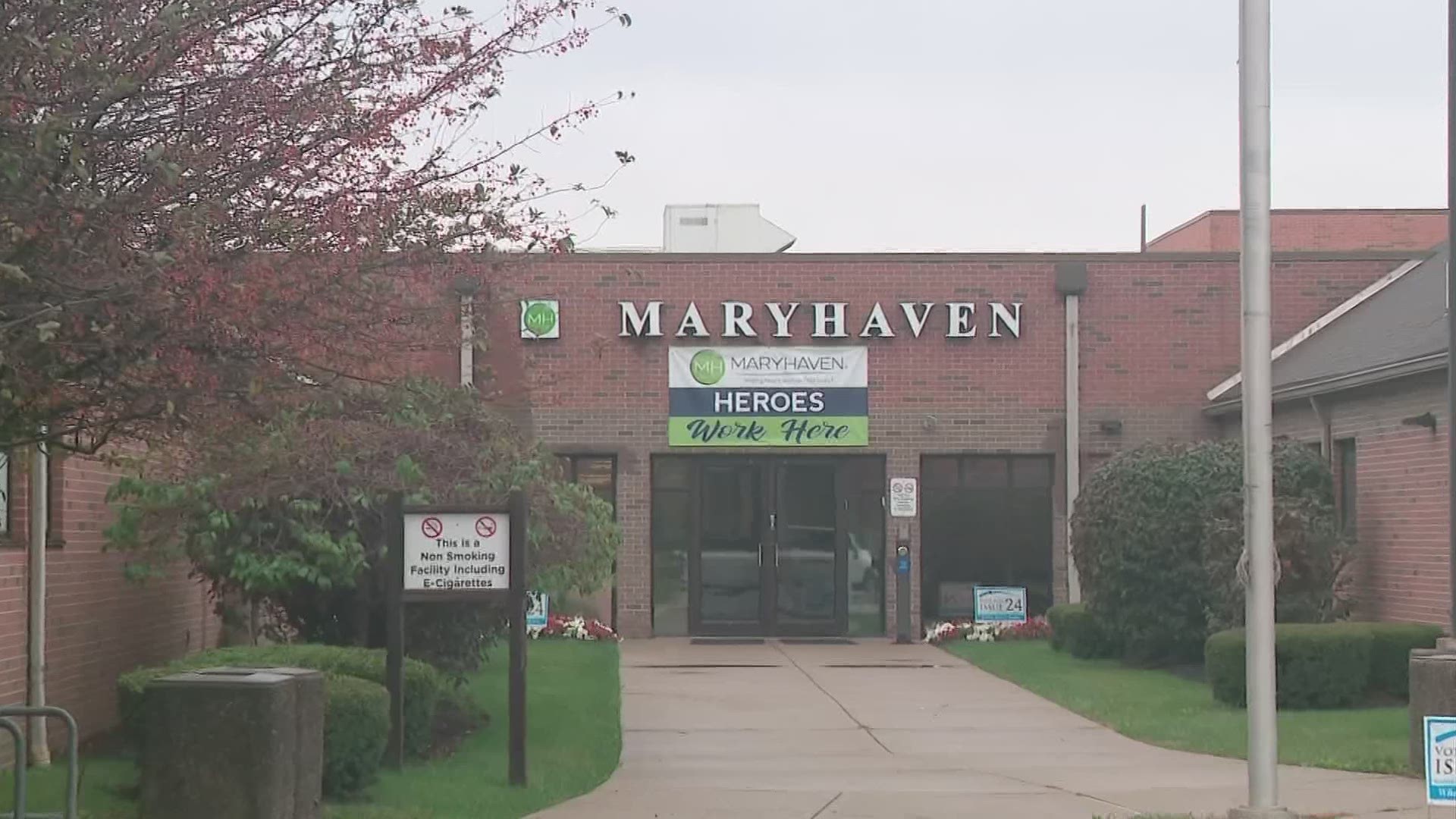 COLUMBUS, Ohio — The shooting death of 15-year-old Dawaun Lewis-Taylor has shined a light on another problem – the number of teens who have run away from secured behavioral treatment centers.

Two weeks before Dawaun was shot and killed in late September on Columbus’ north side, he ran away from Maryhaven – the facility where he had been seeking help through its in-patient behavioral treatment program for teens.

His grandfather, Litt Howard Jr., said he noticed “a different Dawaun” start to develop in the past two years since his mother died from a suspected drug overdose.

A desire to “fit in” – as Litt said – led to other struggles for Dawaun – including issues at home.

The teen who grew up loving basketball, boxing and attending church was sent to Maryhaven to get behavioral treatment help.

His grandmother, Toni Howard, told 10 Investigates that the night before Dawaun escaped from Maryhaven, he told her how he had been in a recent altercation and that another teen there had tried to stab him.

“I found out that he ran away. And I feel saddened by that because he ran away. I think if he was still there, he would still be alive,” Litt told 10 Investigates.

In the weeks prior to his death, Dawaun would text or call Toni and Litt.

But Dawaun would not tell them where he was staying or who he was with.

Toni said he went back and forth over whether he should return to Maryhaven and continue his treatment.

He was shot and killed a little over two weeks later.

While Litt said he hopes justice will happen for those responsible for shooting his grandson, he said he can’t help but feel as though the people who harbored his grandson after he escaped – and the facility that once housed him – share some responsibility.

“I would never have thought that they would’ve let my grandson slip out their fingers,” Litt said. “How come Maryhaven could not hold my grandson? How did he get away? This place has fence around it. I’ve been there myself.”

A 10 Investigates’ review of police and children services records show that Dawaun Lewis-Taylor was one of more than two dozen teens who escaped Maryhaven this year.

Franklin County Sheriff’s Office records show that it has recorded 24 missing person reports from Maryhaven in 2020.

Through an open records request, Franklin County Children Services provided 10 Investigates with 350 pages of heavily-redacted documents regarding incidents at Maryhaven in 2020.  Aside from AWOL incidents, there were reports of restraints, self-harm, and alleged criminal or delinquent behavior.

The documents are so heavily redacted it is nearly impossible to report on the details of the incidents. Citing privacy laws, FCCS removed not just the names of the teens involved, but every detail that might provide more context into what happened in each incident.

This month, Maryhaven has decided to close its residential treatment program for teens and shift those beds to adults seeking addiction treatment services. The last of the children were reassigned within the past two weeks.

CEO and President Shawn Holt told 10 Investigates the decision to shift its focus away from a residential teen program was not related to the incidents that happened at Maryhaven.

When pressed about what responsibility Maryhaven shouldered for teens that escaped its facility or caused incidents while under their care, Holt said:

“As a treatment facility we bear that responsibility when they are here – can I tell you 100 percent that it’s not going to happen and we can prevent it – that would not be a truthful statement,” Holt said.

Holt said the incidents accounted for a very small percentage of interactions with their youth.

But with an average of 15 to 24 kids staying at Maryhaven at any given time in 2020, a closer look at the data shows there were at least five AWOLs in January, six in May and at least three in September - the month Dawaun escaped.

A source familiar with the matter tells 10 Investigates Maryhaven could have done more to shut down these avenues for escape by improving staffing and supervision.

These issues aren’t exclusive to Maryhaven.

10 Investigates has spent more than a year reporting on problems with AWOLS teens and alleged abuse at Sequel Pomegranate, which for years had struggled with AWOL incidents, but recorded two in 2020. Amid threats to revoke its license, the facility removed all the teens in its care in late July.

And just this week – police are asking for help finding another teen who ran away from the Buckeye Ranch, which has recorded 22 AWOL incidents this year, according to Grove City police.

“Anytime a kid leaves our facility and we don’t know where that kid is, that’s very concerning. Our hearts break for any kid that leaves here or was once a part of our treatment and anything happens to them. We do everything we can to make sure those incidents don’t happen,” Holt said.

When asked if there were kids who have escaped from Maryhaven who were still missing, Holt said:

“You know it’s hard to tell. When a kid goes AWOL, 50 percent of our kids came back. And the other 50 percent children’s services probably found a different placement for them or they went to a do different home.”

10 Investigates on Tuesday again asked Franklin County Children Services. A spokeswoman told us that it filed a missing person’s report related to Dawaun. His death has been forwarded to a review committee that looks at child fatalities.

Currently, there are four children who ran away from Maryhaven this year and the county has no idea where they are.