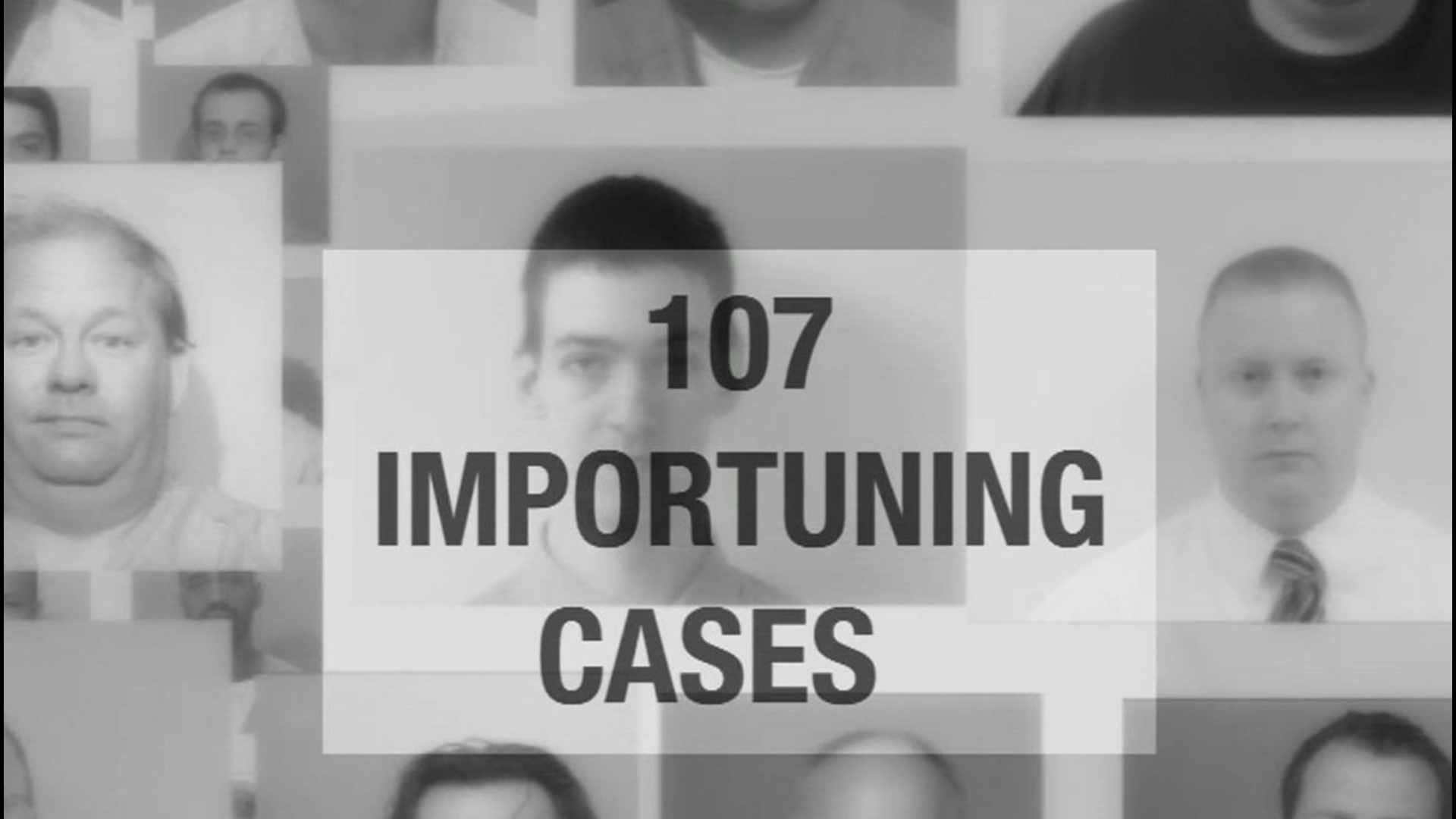 The crime of importuning is an undercover world, where adults try to meet kids - often online - for sex.

But some of those caught can avoid being listed on the sex offender registry that parents use to keep their families safe, 10 Investigates has found.

"There's no way for families to even know about this. You putting this out on the news is going to be the first families have probably heard of it," Sheriff Zach Scott said. “And they don't know. There's no way to get that information out."

That's because prosecutors cut deals - and a majority of Franklin County judges are willing to accept those deals. Some say that catching an adult wanting to meet a child for sex in an undercover sting is a "victimless crime."

Columbus resident Rico Dawkins disagrees with the plea deals. He and his wife check the sex offender registry. They had no idea that such a criminal was living close by, until notified by 10 Investigates.

10 Investigates analyzed court records of importuning charges from 2010 to mid-September. Records show that only 19 of the 93 people who have been charged with importuning and sentenced during that time were sentenced to prison. Of the others, 70 were given probation.

That's despite a law Ohio passed in 2008 with the intention to put nearly all people in prison caught trying to meet children for sex.

10 Investigates talked to three Common Pleas judges who all said the sentencing was proper. The law, they note, gives them discretion with many sex offenders.

In court, Franklin County Common Pleas Judge Richard S. Sheward said he is "bothered" by undercover detectives posing as teens in order to have sex with children, adding that he thinks the undercover stings lead to police "misrepresentation."

"I guess this judges' position is disappointing to the law enforcement community,” Scott said.

Scott leads the Franklin County Internet Crimes Against Children Task Force, a group of investigators made up of law enforcement from the Sheriff’s office, Columbus Police, six suburban police agencies, and state and federal officials.

They investigate sex offenders who are prosecuted. All those convicted of importuning are added to the state’s sex offender registry so families can be aware of sex offenders in their neighborhood.

10 Investigates found five criminals they investigated who were not on the registry: Casimir Suwinski, Matthew Gorecki, Jason Grimes, Charles Morgan and James Porter.

All five were charged with importuning for soliciting what they thought were teens for sex. But all five negotiated plea deals so they are not required to register as a sex offender.

The law says repeat sexual offenders automatically get prison time, but 10 Investigates found Timothy Phillips who was charged with 5 counts of raping boys from 11 to 13 years old in 1991.
He did six years in prison, but was arrested again in 2012 after detectives snag him in a sting operation wanting to meet a child for sex.

Philips avoids prison with another deal, 10 Investigates Nathan Baca talked with him at his home.

"I don't want to be involved in this. I think we're going to call it enough," Phillips said.

"But you did do something online," Baca said.

After uncovering just how many sex criminals get deals, 10 Investigates brought the findings to two state senators. Now, there's an effort to close what they believe is a legal loophole.

"We've got to improve this law,” Sen. Tim Shaeffer said. “We've got to fix this loophole that apparently the judiciary is letting some folks through without any prison time."

Even first-time offenders should be in prison for this type of crime, Senator Jim Hughes said.

"We feel these people should be incarcerated to keep our children safe," Hughes added.

Watch 10TV on Monday for a follow up to the story on efforts to change the law and toughen the penalties.