10 Investigates found that rear safety bars on semi-trailers are often too weak, corroded or bent to work effectively. 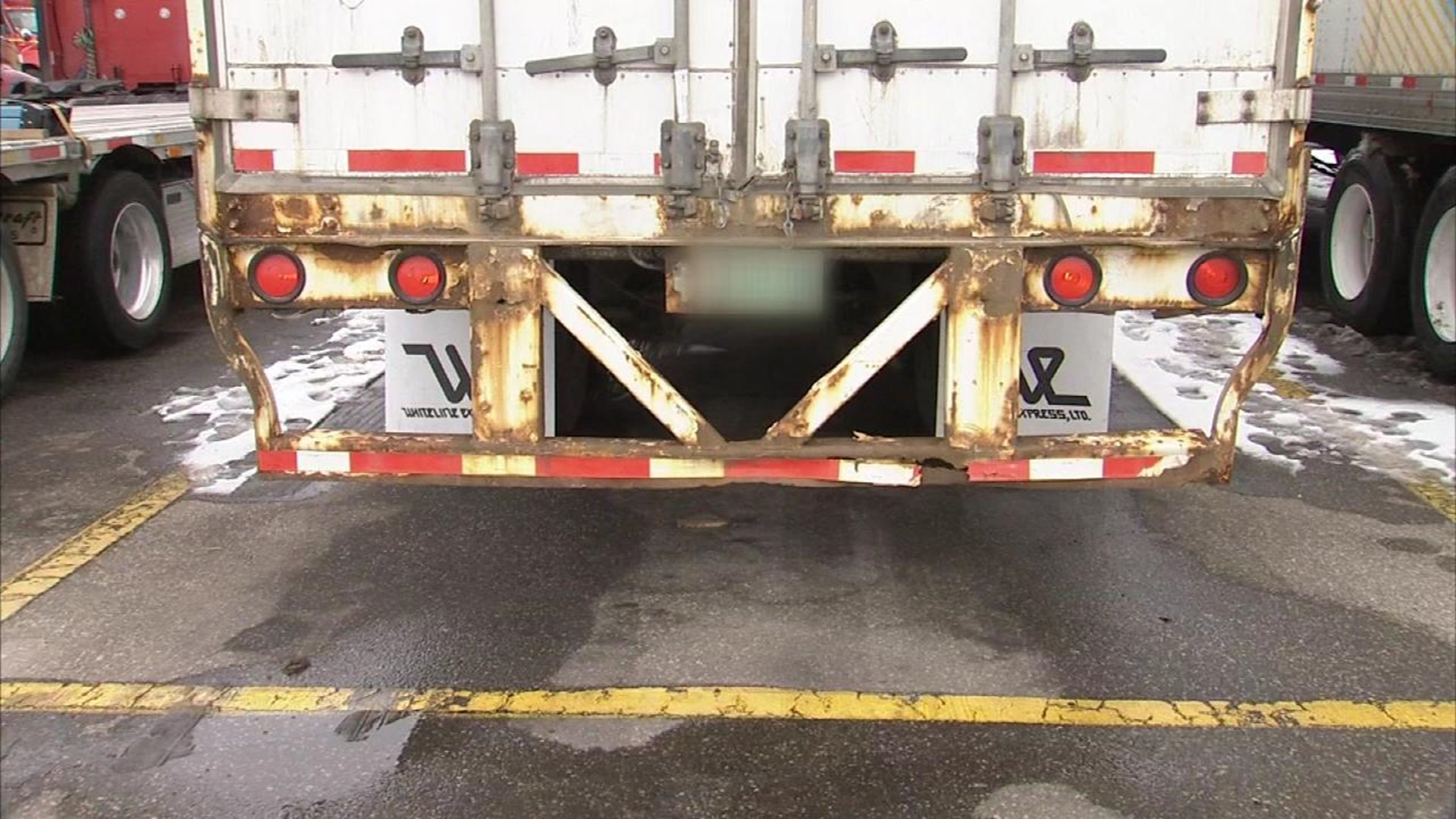 They are supposed to save your life. But 10 Investigates found that rear safety bars on semi-trailers are often too weak, corroded or bent to work effectively.

The guards are attached to the trailers hauled by semi tractors. They are designed to keep a car from sliding underneath trailers in the event of a rear end impact.

At their best, the typical guard will work at speeds of up to 30-35 miles per hour. When they fail, the consequences are often catastrophic.

The back of a semi "went right into the windshield, the pillar of the car," Columbus area resident Scott Goffin said of a Florida accident that he said he had witnessed. “And, it went right at head level so it struck her right in the head."

Investigative Reporter Paul Aker spoke to one driver who had a bar that was significantly bent.

"Did you know that?" Aker asked.

"It's not safe," said semi driver Ellis Mines. “When I back up to the docks, it will rub against the building and bend it. But yeah, it's really not that safe, though."

Semi drivers also deal with car drivers who frequently fail to follow them at a safe distance.

Often, rear end crashes would be avoided altogether - if the driver of the car was driving safely.

"It seems like they're not taking care of that part of the truck," said semi driver Lester Marriott.  "And that's important because in a collision, that keeps a car from going under."

Enforcement might be part of the reason damaged bars are still on the road.

Drivers and the owners of the semi-trucks they drive do not pay fines as a direct result of damaged bars.

Even when the Ohio State Highway Patrol spots a problem and notes a violation, all it can do is forward the information the Public Utilities Commission of Ohio (PUCO).

10 Investigates found 170 violations submitted to the PUCO in the past three years. None of them directly resulted in a fine, said a PUCO spokesman.

The PUCO only fines truck companies if their overall safety rating falls below a certain standard, according to the PUCO.

A PUCO spokesman sent a statement that the commission is constrained by a limitation on its authority under state law.

However, the PUCO did not cite any legal authority that prevents it from fining companies directly for rear guard violations.