On Thursday, the Ohio Department of Transportation will open a traffic fix called "The Trench” on U.S. 23, just north of I-270. 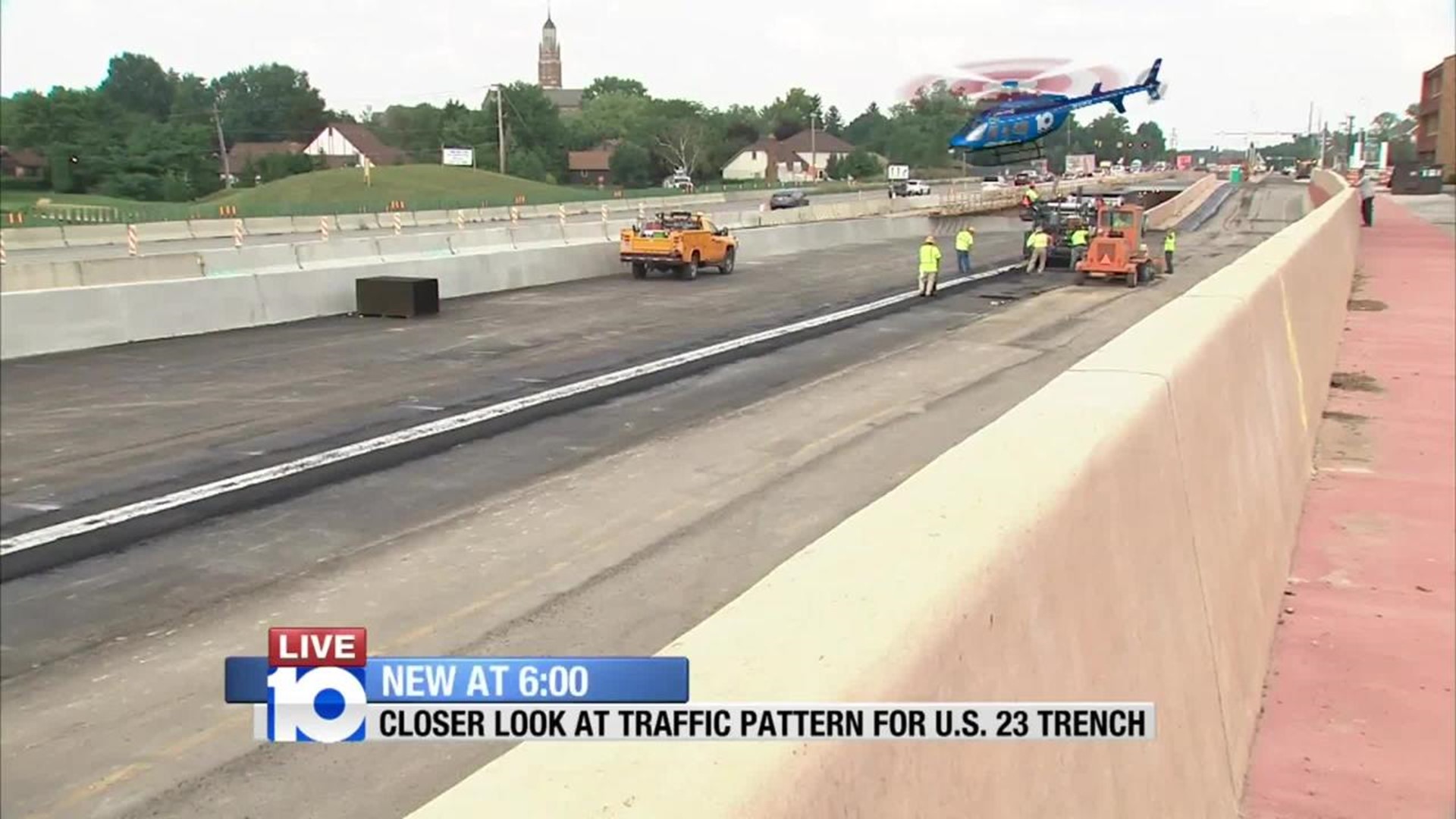 ODOT has confirmed that they will open the new "trench" and local lanes along with turn lanes at Dimension, E. and W. Campus View, and Radio City before the Thursday morning commute.

Relief is on the way for commuters headed to Worthington and Delaware County.  On Thursday, the Ohio Department of Transportation will open a traffic fix called "The Trench” on U.S. 23, just north of I-270.

ODOT Deputy Director Ferzan Ahmed says some 90,000 cars use the highway every day.  Few would disagree a fix was needed, but Ahmed says the options were limited.

"Because this area is so congested, there's only so much we can do,” he said. “We've got the (Pontifical College) Josephinum on the right side, and all these businesses on the north side. We cannot buy every business and relocate them, so we had to come up with an innovative solution to try and relieve congestion as best as we could."

The project constructed two new express lanes for U.S. 23 northbound traffic in the middle of the roadway - approximately 25 feet below the street surface.

For those wishing to stay local and access areas east and west of U.S. 23, stay to the right.  Drivers looking to bypass that area will stay left to take the express trench north.

"It provides a means for local traffic to stay local, and for express traffic to bypass an extremely congested area," Ahmed added.  "We think it's going to be a great relief for commuters once we get it open Thursday morning.”