Uncovering the group driving up the cost of medication

When you go to the pharmacy, chances are you expect you are getting a fair price for your medication, but some local pharmacists say that may not always be the case. 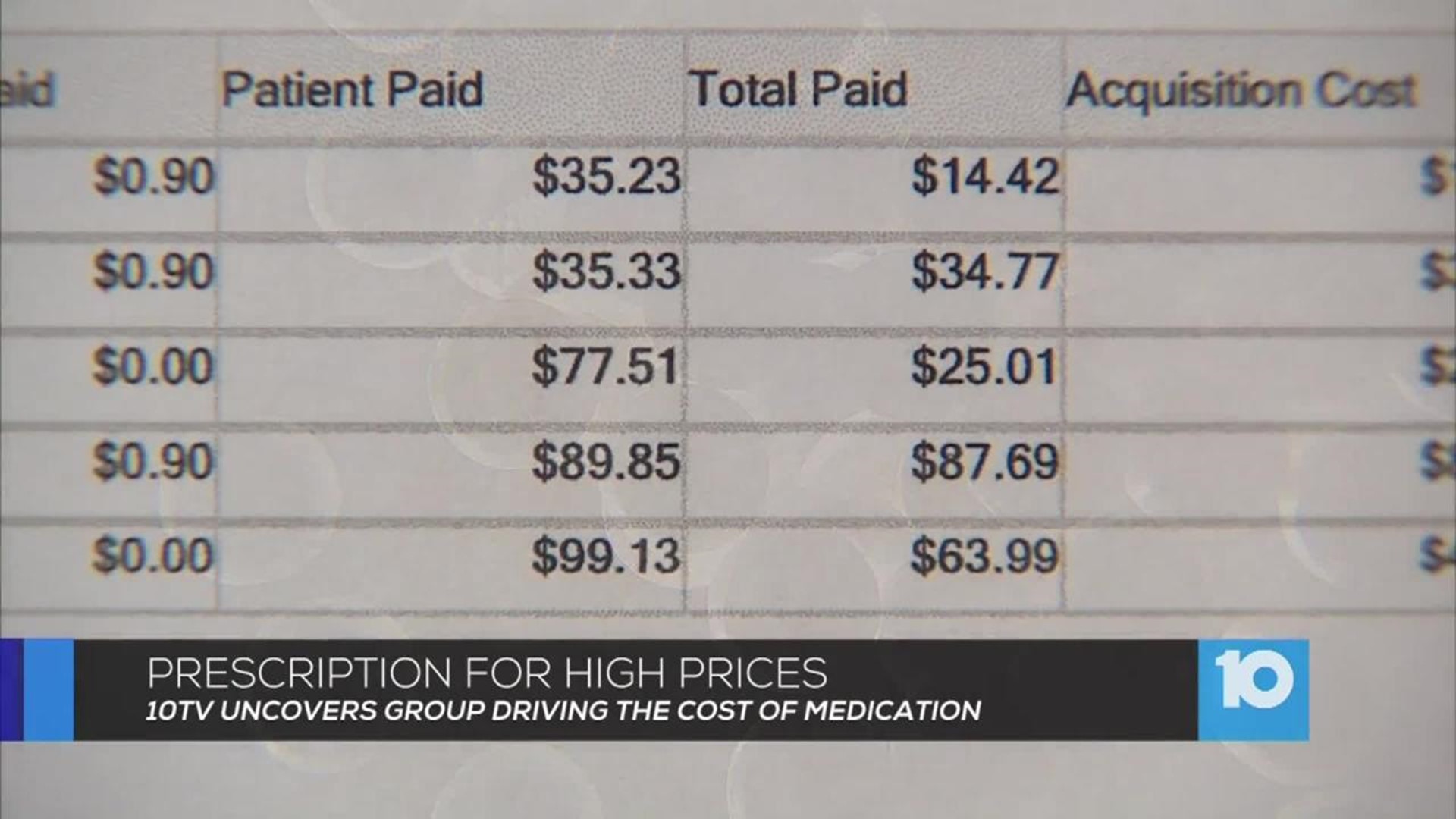 When you go to the pharmacy, chances are you expect you are getting a fair price for your medication, especially if insurance is involved. But some local pharmacists want you to know that may not always be the case. They said they are part of an equation that can include some dishonest middlemen, not always, but some of the time.

The traditionally insured prescription world relies on something called the pharmacy benefit manager or PBM.

“A pharmacy benefit manager is the middleman between the insurance company and the pharmacy,” Antonio Ciaccia from the Ohio Pharmacists Association said.

According to Ciaccia, the three biggest middlemen in the business, Express Scripts, CVS Caremark and Optum Rx, represent more than 70 percent of the patients in the U.S. marketplace.

“They are able to use those patient lives to their advantage to negotiate better pricing on drugs or lower reimbursements to pharmacies because of the bodies they represent,” Ciaccia said.

But some pharmacy owners say not all patients are seeing that better pricing. They did not want to share their names because they say they signed contracts to work with the PBMs’ patients and those contracts have rules.

“Part of the provisions in those contracts…explicitly prohibit a pharmacist from saying anything that would be derogatory or negative against the PBM,” Ciaccia explains. That includes letting a customer know when he or she might be paying perhaps more than they should.

He calls money the PBM makes by overcharging the patient a ‘clawback.’

“This isn’t the rule of thumb, but we’re seeing it more and more where the patient is charged a higher co-pay than the cost of the drug would be without insurance,” he said.

One central Ohio pharmacy owner shared PBM paperwork with 10TV, including a transaction for an osteoporosis drug. He said when his employee sent the claim to the PBM via computer, it sent back figures compiled from its non-disclosed databank.

In a recent survey by the National Community Pharmacists Association, 83 percent of 640 independent pharmacists across the country reported seeing at least 10 co-pay clawbacks in the past month.

One local pharmacist called it 'gouging' and said some PBMs take advantage of a contract-controlled system that prohibits pharmacists from sharing information with customers. When one of his employees did, “That patient went back to the employer, the employer complained to the PBM, the PBM called us and said if you continue to provide pricing information, we are going to cancel your contract.”

And if the pharmacy lost the contract, it would also lose customers. So silence becomes golden, but some patients question the pharmacist.

“And we try to explain, ‘we’re just the messenger,’,” another local pharmacist said. “We don’t decide these prices.”

Local pharmacists said they don’t exactly know where the money that goes back to the PBM ends up because it’s not clear.

10TV contacted the PBM connected to the prescription example from this story. Because the issue involved a co-pay which is insurance-plan based, Optum Rx pointed us to sister company United Healthcare for plan perspective. It said, “We have reviewed our pharmacy benefits and will update our plans to ensure UHC members pay the lowest price at the pharmacy.”

But critics say when PBMs place drugs in price tiers, they have a hand in the co-pay, too.

Ciaccia says “there is no transparency" and it is so convoluted, it makes it hard for any customer to know what questions to ask.

Industry experts say here are two: How much does the prescription cost?

It might be information the pharmacist can’t offer up, but will sometimes be able to answer if asked.

The other: Where can you go to find drug pricing information so you know if your co-pay is more?

Experts point to NADAC figures on Medicaid.gov that detail the National Average Drug Acquisition costs for a long list of drugs.

Optum Rx would not comment on what pharmacists called the patient overcharge described in this story without being able to see the full transaction. We sent numbers from our story and Optum said that was not enough to draw conclusions.

As for the two other big PBMs, Express Scripts said the co-pay is set by the employer. CVS Caremark said, “If the pharmacy’s cash price is lower than the co-pay, the patient would be charged the lower price.”

Meanwhile, the Pharmaceutical Care Management Association said “patients should not have to pay more than a network drugstore’s submitted charges to the health plan. Nationwide, PBMs are working to reduce the cost of prescription drugs.

In Ohio, PBMs are projected to save the state’s employers, unions, government programs, and consumers $24.7 billion on drug benefit costs over the next decade.”