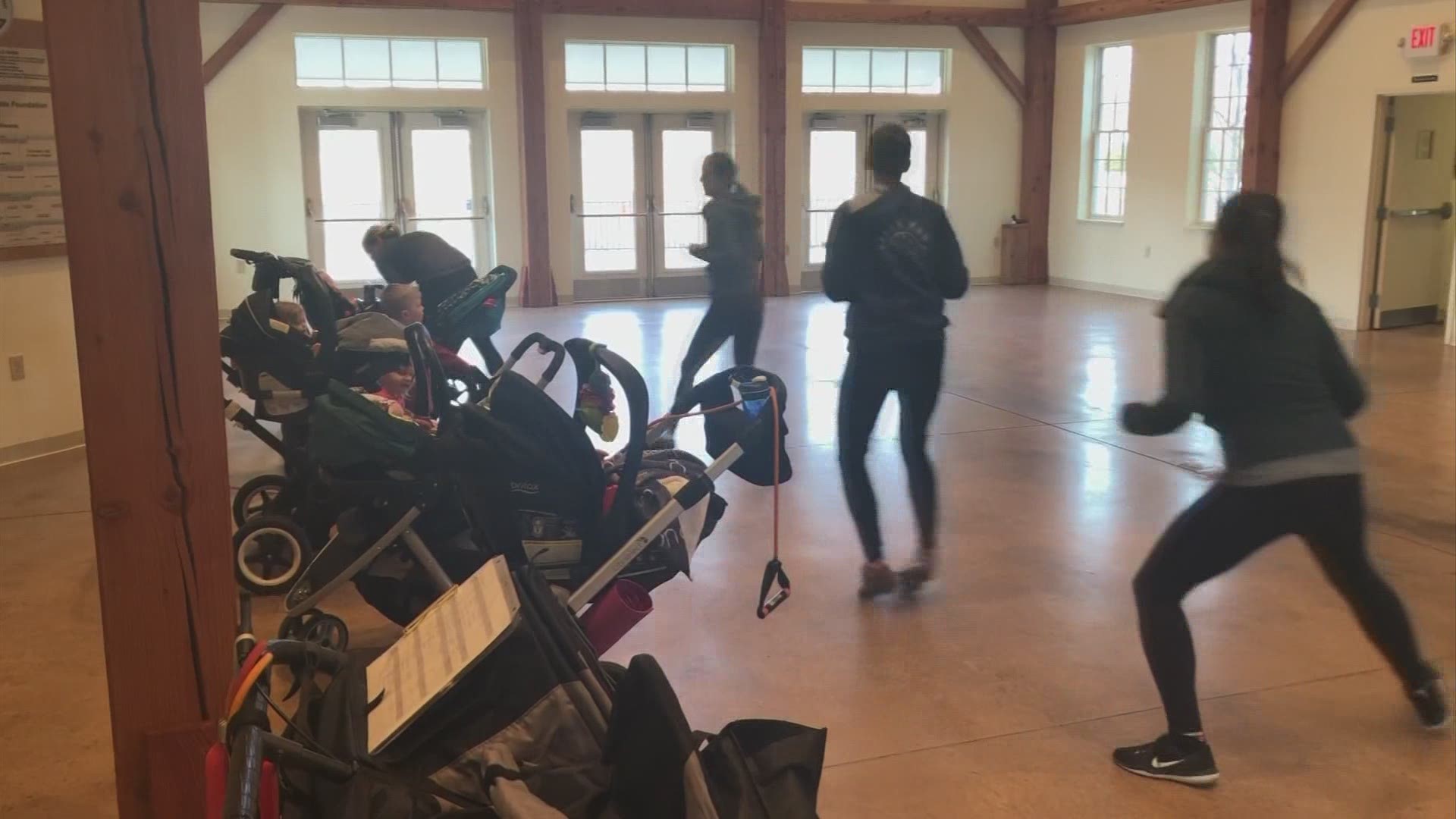 COLUMBUS, Ohio — Columbus fitness companies are helping moms ahead of Mother’s Day. Some are offering free workout classes the entire week leading up to a day celebrating them.

Mindy Hayward-Hauck has two children just more than a year apart. She said that while they were young, she had a more difficult time raising them while continuing to make it to the gym and stay on top of her health and fitness.

“I was just sitting at home doom scrolling through my Facebook and seeing all these happy moms with their kids who are sleeping exactly the way they're supposed to sleep,” Hayward-Huck said. “It wasn't until I actually got in with some other moms that I realized that that's not reality and what I was actually facing with my son was what most moms were seeing with their kids.”

She found the fitness studio Fit4Mom which allowed her to work out with her children and meet other mothers.

Fit4Mom is a San Diego-based company that launched in 2001 with the flagship program “Stroller Stride." Since then, about 300 franchises of Fit4Mom have launched across the US with two locations in North and West Columbus.

“I think the community is honestly the most important part of this. The connection that the moms make with one another it's amazing to watch from an owner and instructor standpoint,” Hayward-Hauck said.

She now owns the Hilliard-Upper Arlington location and is offering free classes all week long to mothers who want to connect with others like them while they get a great workout.

You can find classes near you on the Fit4Mom website.