People can sign up for the Meaningful Miles Challenge, committing to either 13 or 26 challenges intended to feel good and to have a positive impact on the community. 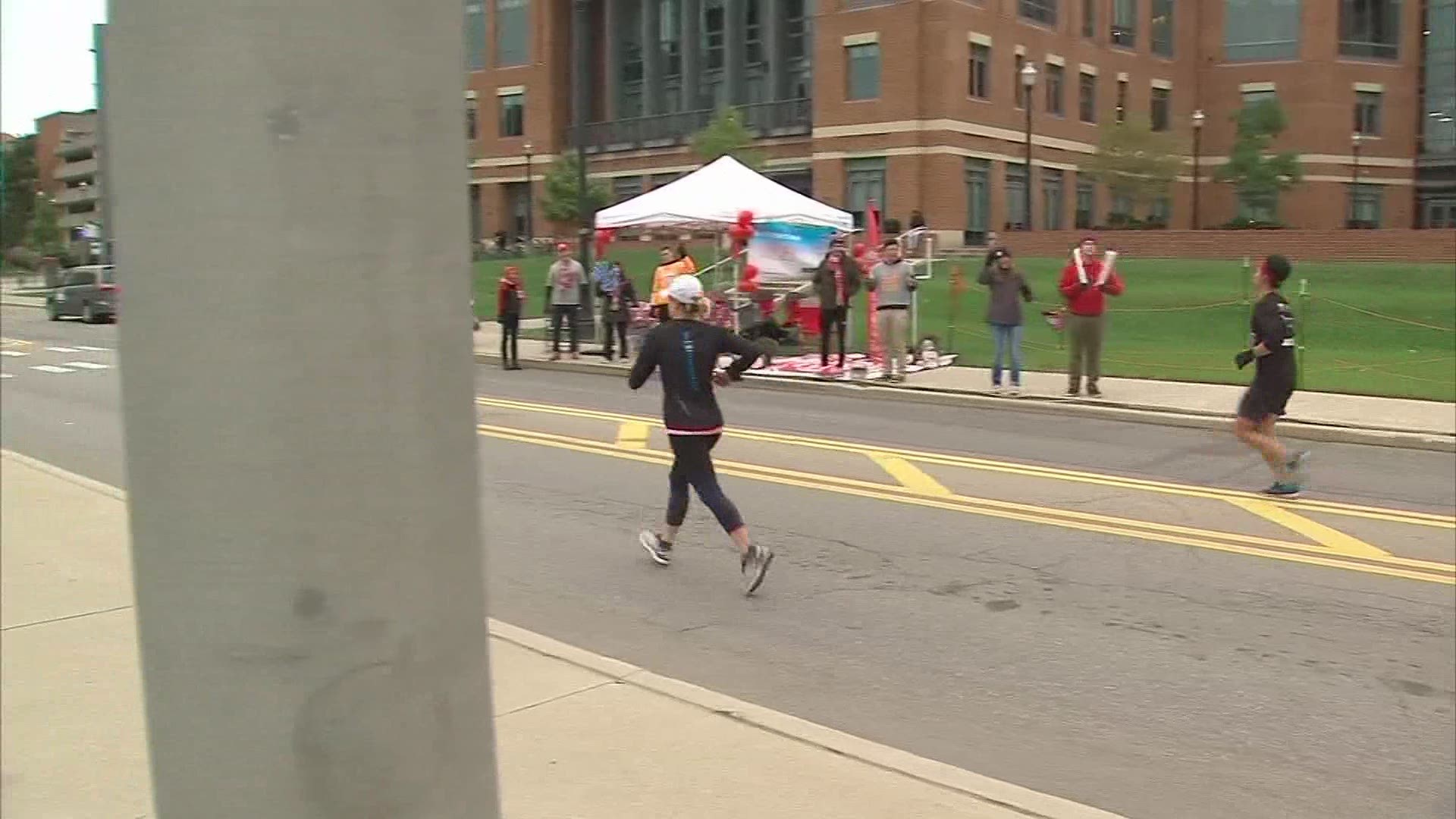 COLUMBUS, Ohio — Many favorite Columbus traditions look different this year, including the Nationwide Children’s Hospital Columbus Marathon and Half Marathon.

2020 would have been the 41st anniversary for the marathon and the 14th year for the half marathon, both now sidelined because of the COVID-19 pandemic.

It has been eight years since the race first began partnering with Nationwide Children’s Hospital.

“The hard work of the hospital continues regardless of the pandemic and in fact, it’s more important than ever, so we weren’t going to be able to just not do something in terms of fundraising.” said Darris Blackford, race director for the Nationwide Children’s Columbus Marathon and Half Marathon.

Over the past eight years, the Columbus Marathon has raised $10 million for the hospital and its patients.

But with the cancellation of this year’s race and the financial stresses of the pandemic, Darris explained to 10TV that they felt it was best to offer participants a full refund.

Instead, this year, participants can sign up for the Meaningful Miles Challenge, committing to either 13 or 26 challenges intended to feel good and to have a positive impact on the community.

“These little activities, I feel like, especially during this time of uncertainty, being able to actually check something off the list, and feel like you’re making a positive impact, while helping Nationwide Children’s and sharing our message and sharing the incredible stories of our patient champions, that’s really the whole idea around it,” said Morgen Spon, with the Nationwide Children’s Foundation.

While fundraising is optional, it will allow the race to continue to support its patient champions, including Savannah Parsons.

At just 12 years old, Parsons is already taking college classes but she is also battling Cushing’s Disease, which has required two surgeries and countless medical appointments.

Cushing’s Disease is caused by elevated levels of the hormone, cortisol, which can lead to a number of symptoms.

Parsons’ mother Samantha Parsons told 10TV she could tell something was wrong when her active daughter began gaining excessive weight at age six.

Savannah’s doctors were able to rule out stomach cancer and her thyroid tests came back normal, but over the course of four years, she had gained 96 lbs with no change in height, Samantha said.

After two surgeries to remove a tumor, Savannah began losing weight but recent tests show it may be reoccurring, Samantha added.

What sets Nationwide Children’s Hospital apart, Samantha said, is how they have treated Savannah’s disease and not just the symptoms.

“My condition, they say it’s rare, in the sense that not many people have it but it’s more rare in that you treat the symptoms and not the problem so I feel like this is huge for me because I feel like I’m a representative showing off this new, not new but, this condition that not many people know about and it may help others,” Savannah said of her opportunity to be a patient champion for the Meaningful Miles Challenge.

On what would have been race day, October 18, patient families are invited to participate in a car parade at the hospital, Spon said, explaining that the experience is a huge morale booster for current patients and staff alike.