The Mothers’ Milk Bank of Ohio says its supplies of breast milk are critically low, which could hurt the frailest of babies. 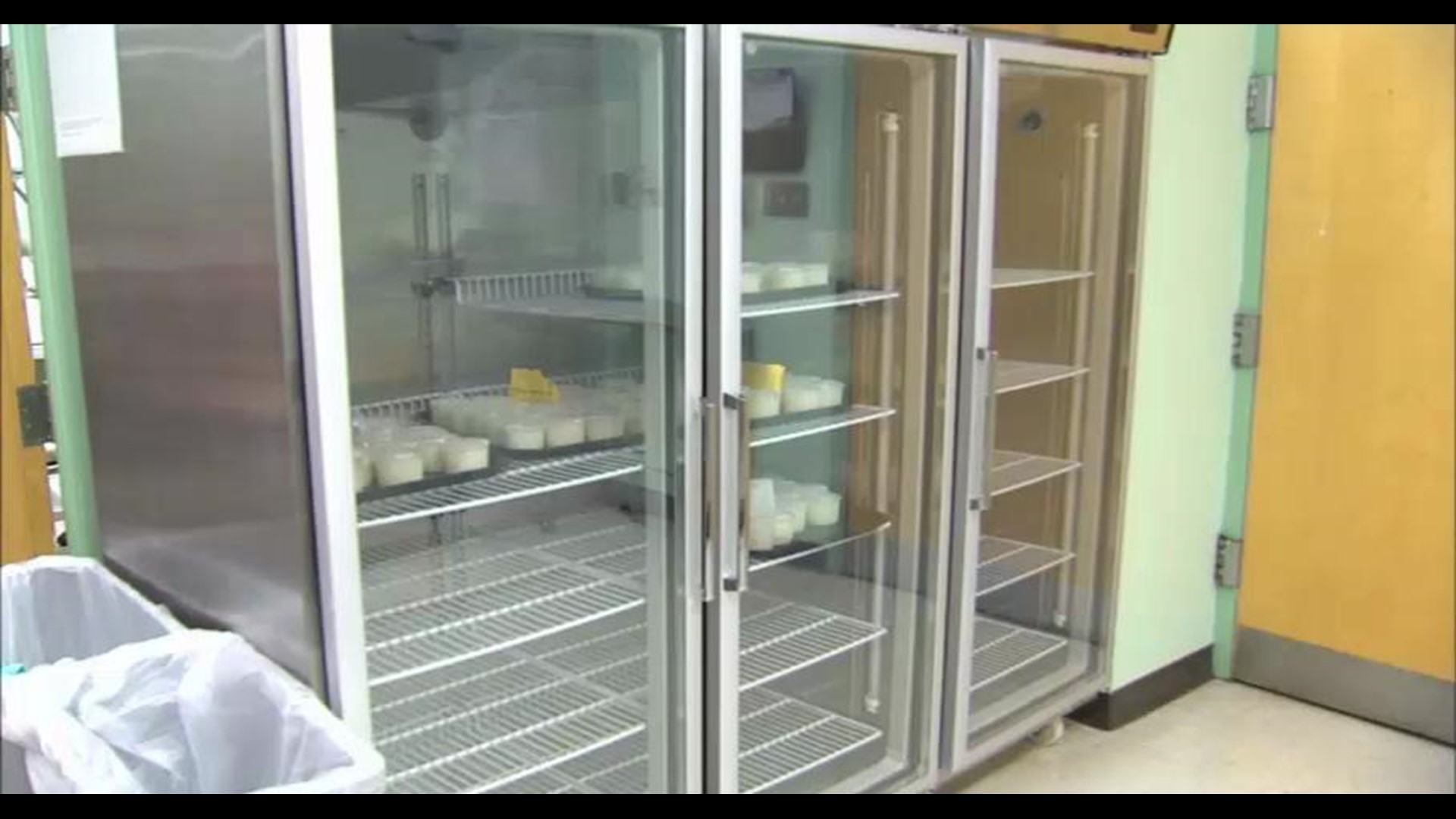 Jessica Potts cradled her two tiny sons, each barely bigger than football.  They sleep their days away in glass cribs at the neonatal intensive care center at Grant Medical Center.

They were born six weeks early after Potts developed complications.

"They weren't born totally healthy, so they needed breast milk because of the nutrients that's in that, and because it's a little easier to be digested," said Potts.

Her own milk didn't come in at first, so Potts fed her babies thanks to the Mothers' Milk Bank of Ohio.

The local milk bank supplies breast milk to hospitals in a dozen states.

The milk is screened for disease, pasteurized, and frozen before shipping.

Director Fran Feehan said that the milk not only goes to premature babies, but also to those who need extra care because they're sick or were born to drug addicted mothers.

The demand is up, but supply is not, according to Feehan.

Normally, she said that donations drop in the summer, but pick up in September.

"Over the last six weeks it's gotten especially bad.  What we're seeing right now is an exponential increase in demand," said Feehan.

"They're helping the sickest and most vulnerable babies," said Feehan.

Potts said that she's grateful to the nursing mothers who donate their milk to help the most fragile babies like her own.