Halotherapy is a dried salt therapy that turns salt into an aerosol and is believed to help sinuses and lungs. 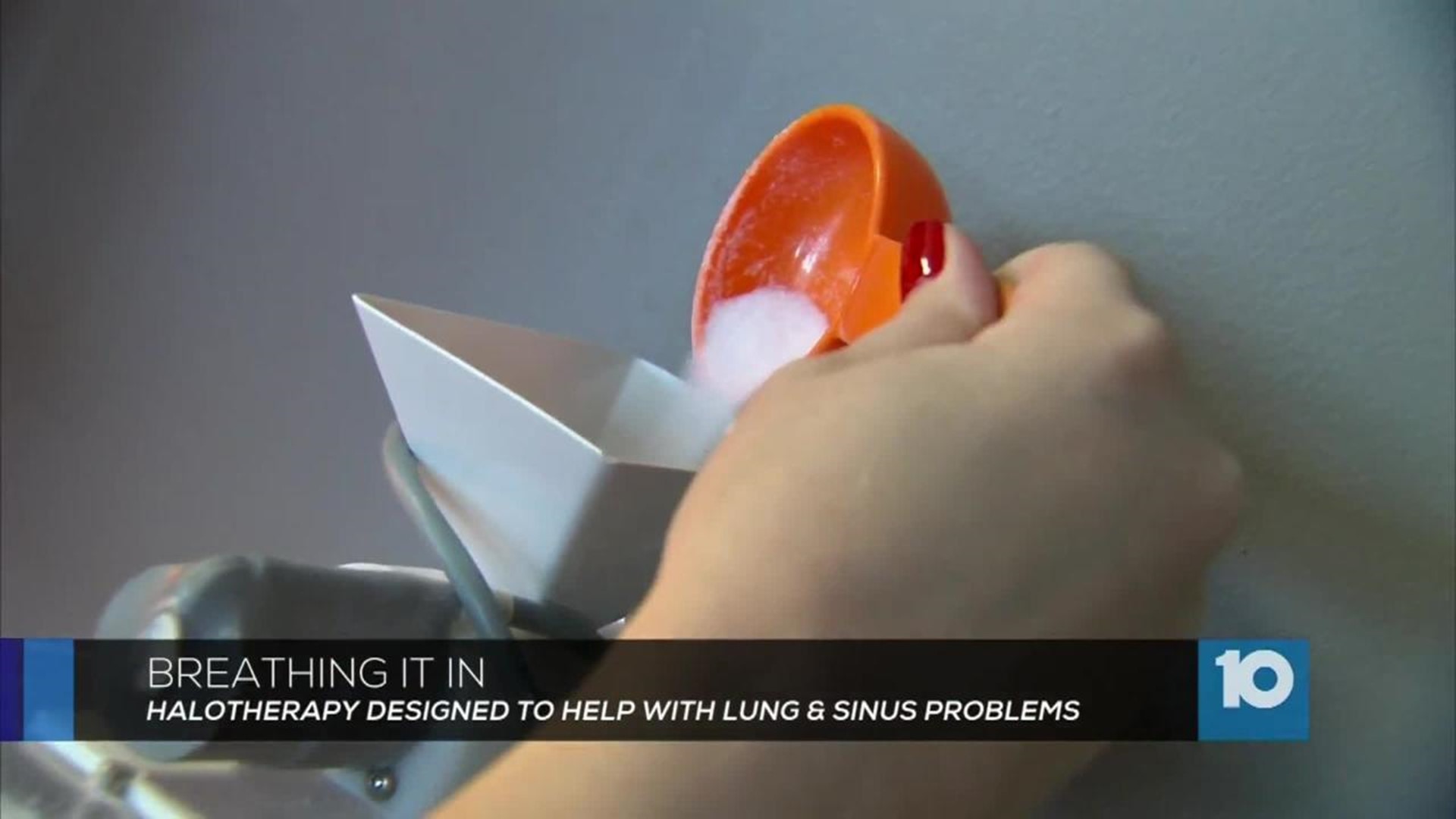 There's something soothing floating in the air at Serenity Salt Spa in Westerville, and it's not music. It's called Halotherapy, and Jenny Farmer says it's helping her asthma.

"I would get short of breath just talking," Farmer said. "So, I thought I would try it and it's been amazing."

Halotherapy is a dried salt therapy that turns salt into an aerosol and is believed to help sinuses and lungs. Farmer's been doing two sessions a week for the past nine months.

"I no longer need an inhaler," she said. "I just feel clearer. I had no problem with allergies this season at all. I never get sick. It's really been great."

Salt has been used at treatment before. Dr. Gaetene Michaud, the Chief of Pulmonary Medicine at NYU, says pulmonologists often have patients inhale high concentrations of salt with a nebulizer.

"Essentially what it does is it actually helps kind of clear secretions and mucus from the airways."

Dr. Michaud says the salt helps thin out the mucus in the airways, making it easier to cough out. She warns, however, people with asthma should check with their doctor before entering these rooms as it could increase the risk of an attack among some patients.

"I don't see a medical utility for this and I do see potential for harm," she said.

Snyder's Westerville shop opened just more than a year ago and has seen about 2,000 clients. Farmer says she was skeptical at first, but says she'll continue to go as long as it works.

To learn more about halotherapy and Serenity Salt Spa in Westerville, click www.serenitysaltspa.com.