Imagine getting a mattress for your bed only to find out it is home to bed bugs. Get the story. 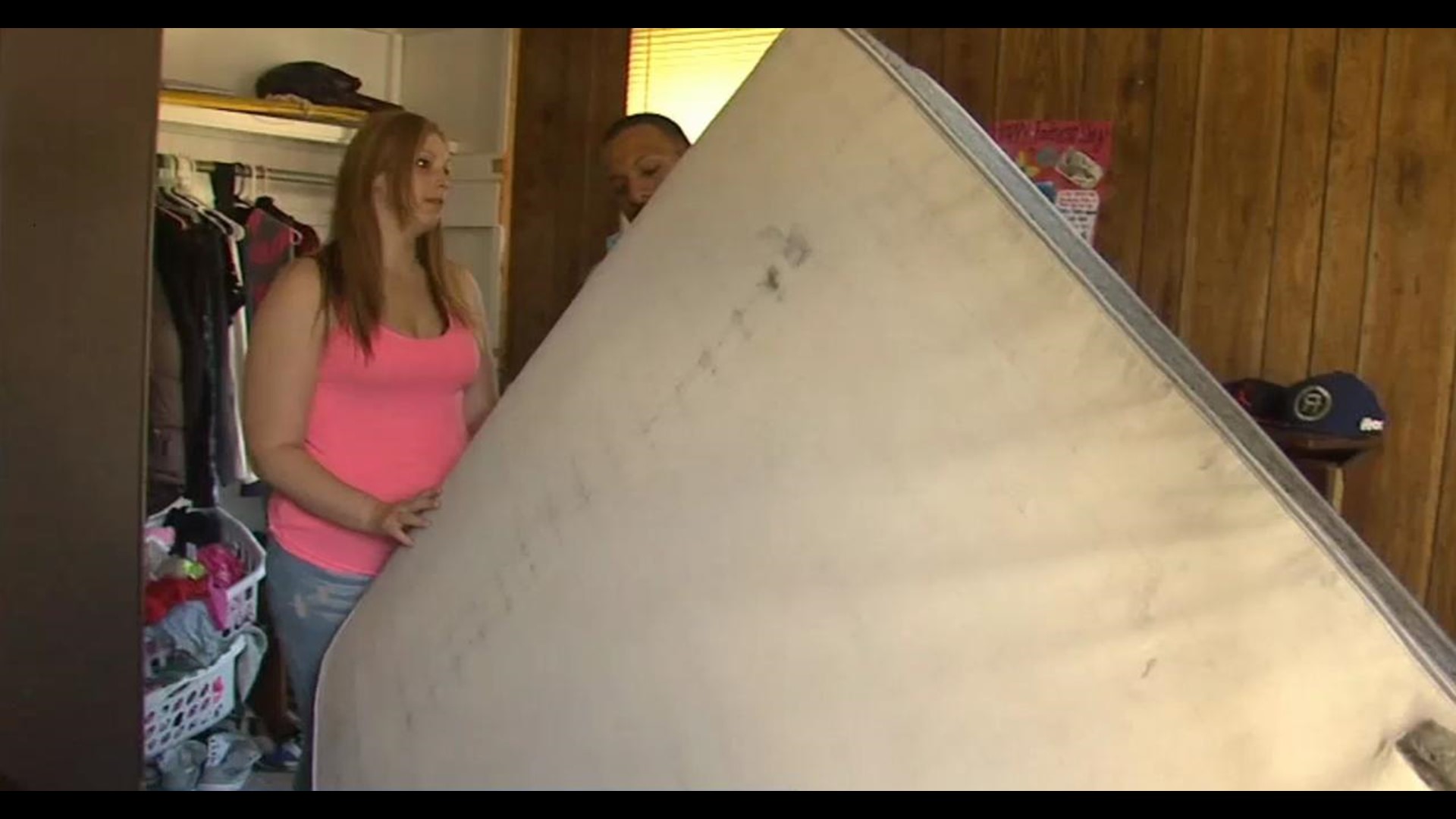 Imagine getting a mattress for your bed only to find out it is home to bed bugs.

A Newark man says that happened to him with a recent purchase from a Rent-A-Center store.

"We got ourselves a used mattress, and we didn't know much about it,” said Newark resident Donald Faller.

Faller says he rented the mattress about three weeks ago from the Rent-A-Center in Heath.

He says he and his fiancée, Andrea Crisp, did not notice a problem until earlier this week.

"We're lying on our bed, and my girl noticed she was getting bit by something,” Faller said.

Faller pointed out what he says are signs of bed bugs all over the box spring and mattress.

"When I flipped the mattress over, I noticed this hole in the bed,” Faller said. “They tried to tell me it's from wear and tear. But from the looks of it, it looks like they knew there were bed bugs in this bed before and they sprayed and got inside there and lent that to us."

Faller says he called Rent-A-Center after Crisp was bitten and that the store manager paid him a visit.

"They came in and they sprayed our house,” Faller said.

But Faller claims he later learned that store manager was not licensed to spray for bed bugs.

10TV checked with the Ohio Department of Agriculture. A spokesperson says the department is currently investigating the matter and that fines would be possible for anyone spraying for bed bugs without a license.

"They said it's not their fault. They're not going to do anything for me."

Now he is preparing paperwork to take his case to court to protect his family and others.

"I'm going to try to make sure this happens to nobody else,” Faller said.

The Heath Rent-A-Center would not comment and asked 10TV to call their corporate office.

10TV left a voicemail, but the call was not immediately returned.