'This would give Mom a chance': Mother shares story of receiving lifesaving gift from daughter

Charlene Smith, who received a kidney from her daughter Tesha Myers, wanted to share her story to raise awareness about living organ donation. 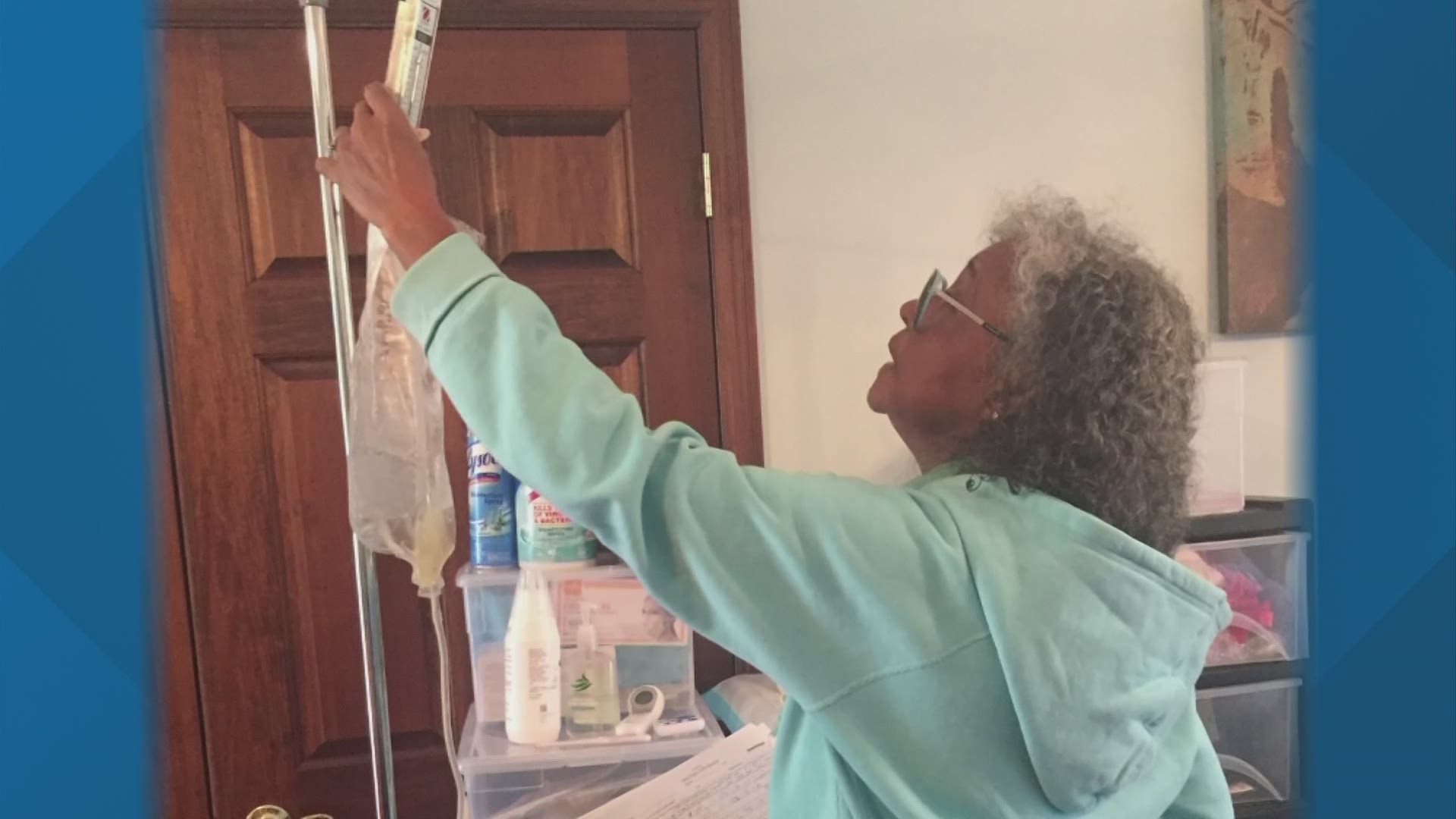 COLUMBUS, Ohio — For two years Charlene Smith spent much of her time on dialysis and doing her own research because her life depended on it.

“When [doctors] told me I was in kidney failure I was shocked,” Smith said. “You just aren’t sure if this is the end of your story to tell you the truth.”

The mom of four was among the more than 3,100 people currently waiting for a life-saving transplant in Ohio.

“It’s the living donor transplants that is continuing to be a major issue,” said Dr. Uday Nori, a nephrologist from The Ohio State University Wexner Medical Center. “The surgery part itself isn’t considered to be that complicated in terms of safety, in terms of the experience and expertise that we have.”

Dr. Nori said many centers nationwide have conducted their own internal reviews, as was the case at OSU. And what they have commonly found is having people come forward is a big barrier. Dr. Nori said education is needed to show people it’s possible to donate safely – especially for underserved communities.

“Part of it I think is understanding what is possible,” Smith said. “And historically particularly African Americans haven’t always had a lot of confidence in the medical system and have been anxious to go in and face a surgery.”

And that’s why Smith is sharing her story.

"To think that a child of yours who you gave life to decades ago would be your lifeline..." Charlene Smith received a kidney donation from her eldest daughter, Tesha. They're sharing their story to raise awareness - and experts say that awareness is greatly needed. 5:30p #10TV pic.twitter.com/oGuier1FLZ

“If you have a living donor, your chances for transplant are much greater than if you don’t particularly you know after a certain age,” she said.

And her words are true for all who need an organ donation. The best option for a patient waiting for a kidney transplant is to receive one from a living donor. That’s according to The Ohio State University Wexner Medical Center.

“Some people go on social media. I’ve heard of people finding someone successfully that way,” said Smith about the search for a living donor.

When Smith made the plea for help, friends and family stepped forward. In some cases, she said prospective donors were turned down for medical reasons.

But ultimately it was Tesha Myers who would donate her kidney.

“I just put a lot of trust in God and I also had a friend who had donated a kidney to her sister before,” said Myers, who was familiar with the process. “I also had a co-worker who was a recipient of a kidney from a Godsister that she had. And so I knew that this would give mom a chance.”

“To think that a child of yours who you gave life two decades ago would be your lifeline, it still chokes me up to think that she was willing to do it,” said Smith.

The surgery was done nearly one year ago, and it took place one week before the pandemic caused all elective surgeries to be called off for months.

Myers recovered well and was back at her job a month later.

Recognizing not everyone can afford to take time off work to do this, Dr. Nori said work is nowhere near done.

“As a community, public policy-wise, what are we able to do to allow them to still have access despite those barriers is still an on-going big discussion,” he said.

Smith authored a book called, A Guide to Surviving Medical Care, to help others learn from her experience.

For more information on the transplant program at The Ohio State University Wexner Medical Center visit their website.

RELATED: 'Just so shocked': Mom of 3 among record number of lives saved through LifeLine of Ohio in 2020