Extra embryos created by couples going through in vitro fertilization are being donated to help people who want children. 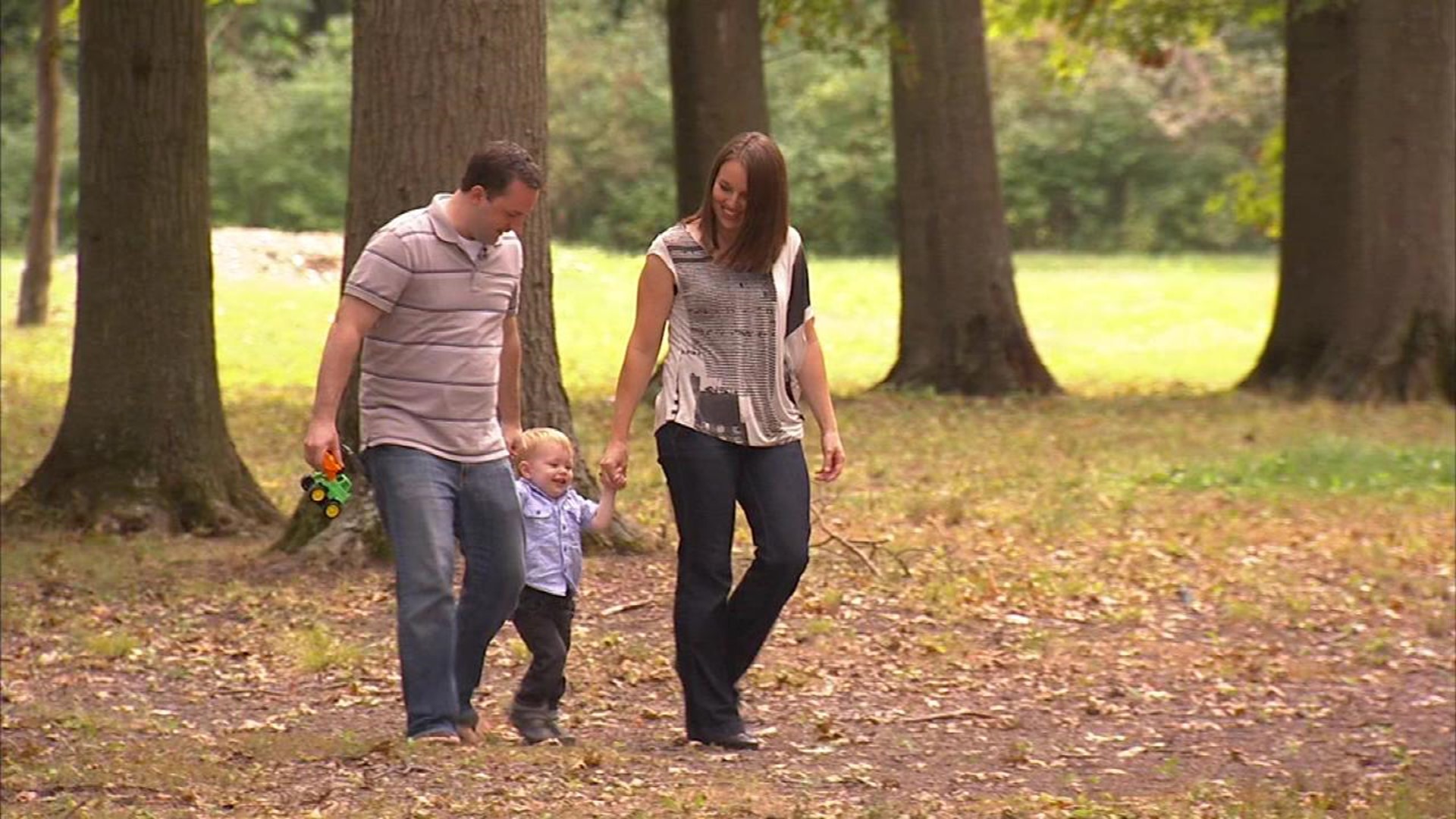 One in 10 couples in the United States is infertile, and more and more of them are seeking help through in vitro fertilization.

Multiple embryos are created in that process – often more than are needed.

Couples who undergo IVF are often faced with the question of what to do with their leftover embryos.

Andrea and Jesse Preston are college sweethearts. They married soon after graduation with the hopes of having children and starting a family.

“After about a year or two of being married, we thought it would be time to think about it and about five years later, it still hadn't happened,” said Andrea Preston.

After years of trying and dozens of tests, the Prestons were ultimately diagnosed with unexplained infertility. Medication and fertility treatment led to disappointment after disappointment.

“And Andrea said that she'd come across something called embryo adoption, and I immediately got excited! I was so thrilled, I thought, this is it!” said Jesse Preston.

Embryo donation is the transfer of unused embryos, from a couple who no longer needs them, to people who want them.

The donor couple's embryos are implanted into a woman in hope of becoming pregnant and carrying a baby to term.

More and more people are deciding to have their unused embryos transferred to other families - 1,019 in 2011. That’s up from 933 in 2010, according to the U.S. Centers for Disease Control.

More than one-third of those resulted in the birth of at least one child.

Fewer than 10 states have any statute on embryo donation.

In Ohio, the recipients are considered the legal parents of the child at birth.

“This is still what we call a gray area. It's still uncharted law,” said Tommy Tanneff, an adoption attorney.

Tanneff says that in the eyes of the law, an embryo donation is a transfer of property and the law hasn't yet caught up to the science.

“But essentially, that embryo, or that egg, or that sperm is considered property,” he added.

Fertility specialist Dr. Beth Kennard says while it is a growing trend, it is still a relatively rare procedure at Ohio Reproductive Medicine and across the country.

Just like traditional adoption, embryo donation can be open or closed.

The Prestons received five embryos from an anonymous donor couple, with just a 43-percent chance of becoming pregnant.

Nine months later, the baby they'd yearned for years, was born. A boy, they named Silas.

“I think the one thing that helped with this process for me was that whatever the outcome, I felt like the five embryos that we adopted were not frozen anymore and kind of released from that,” said Andrea.

Now a toddler learning to walk and talk that finally gave them a family.

Embryo donation is available through both medical and faith-based matching programs.

The practices and restrictions vary considerably, as does the cost which generally ranges from $5,000 to upwards of $18,000.