The governor of Florida has barred any visitors into nursing homes because of COVID-19. Mary Daniel waited 114 days to see her husband and finally found a way. 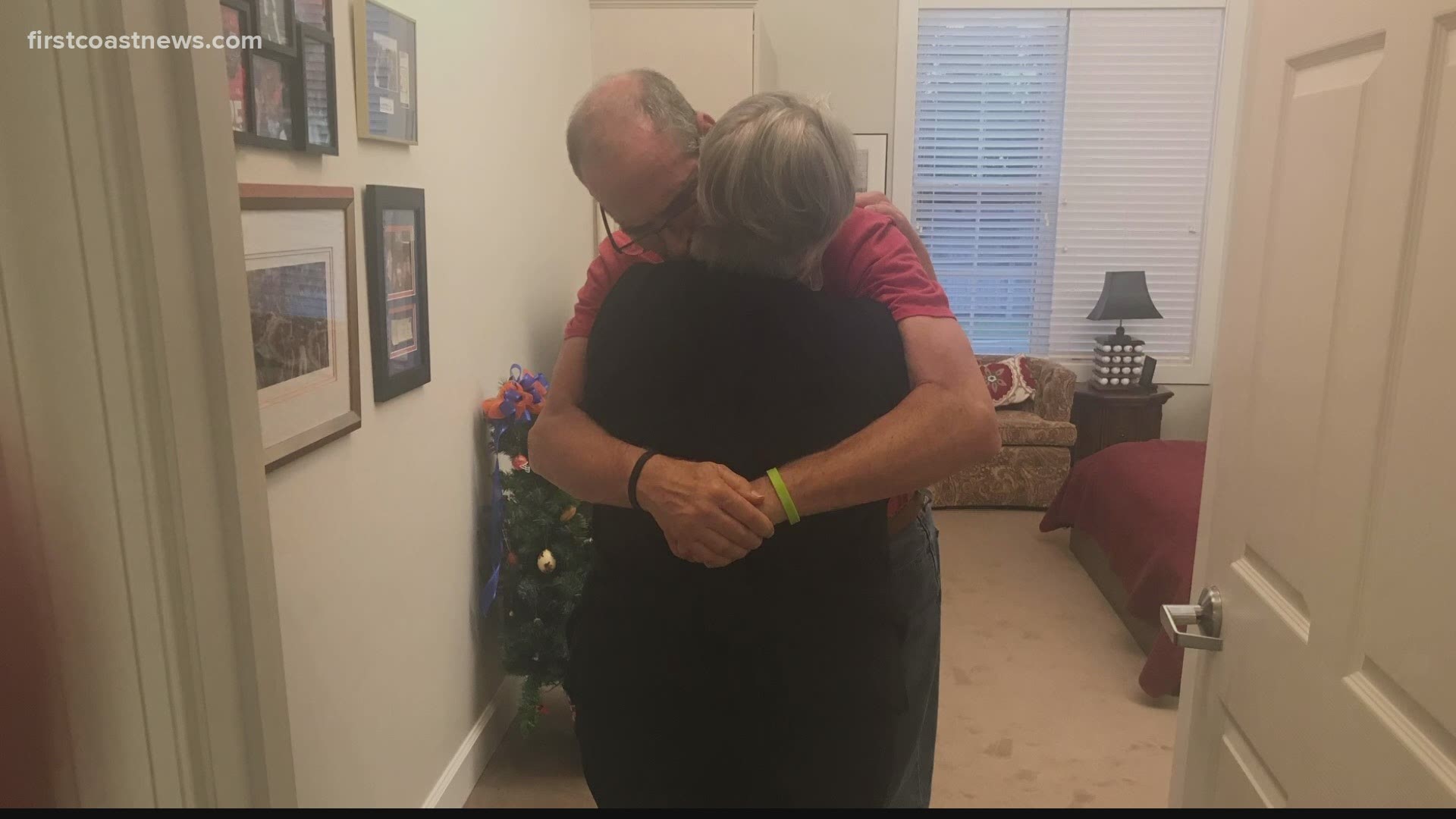 Only through a window and separated for 114 days.

Mary Daniel was determined to keep her promise to her husband. "I told him I'd be there with him, holding his hand," she says.

Her husband, Steve, has early on-set Alzheimer's. He's in a memory care unit of a nursing home and no visitors are allowed, according to orders from Florida Gov. Ron DeSantis.

"We tried a window visit. He just cried. You can't explain it to him," Daniel says. Other families with loved ones are facing the same trauma, watching their loved ones with dementia decline in health and spirit.

She says the corporate office of the nursing facility called her after her stories aired on First Coast News.

"I appreciate the opportunity," she says about her new job as a dishwasher.

Finally, after 114 days apart, she got to see her husband.

"He was teary-eyed," she says. "He touched my face, even with my mask on."

She was worried with the dementia that after so much time apart, he might not know her. That didn't turn out to be a concern.

Now Daniel is upset about the new executive order adding another 60 days to the ban on visitors to nursing homes. Add that to the time already separated, it means six months for most families.

"Six months is too long," she says.

So she is inviting people to join her new Facebook group. It's called "Caregivers for Compromise because isolation kills too!"

Daniel wants to organize into one strong voice to persuade the governor that safe visits are possible. Her group will also push for the state to communicate potential plans with families, such as what the criteria will be exactly to open nursing homes to visitors.

RELATED: 'Families have to make some noise': Families feeling frustration after 100+ days of forced separation

RELATED: 'I haven't seen my husband in 104 days': Local woman says we're killing our seniors trying to protect them from coronavirus

RELATED: 'I haven't seen my husband in 98 days': Jax woman says it's time to allow some nursing home visits