What's driving hesitancy toward getting the COVID-19 vaccine?

With people choosing not to get the shot, could that hurt the state’s ability to achieve herd immunity? 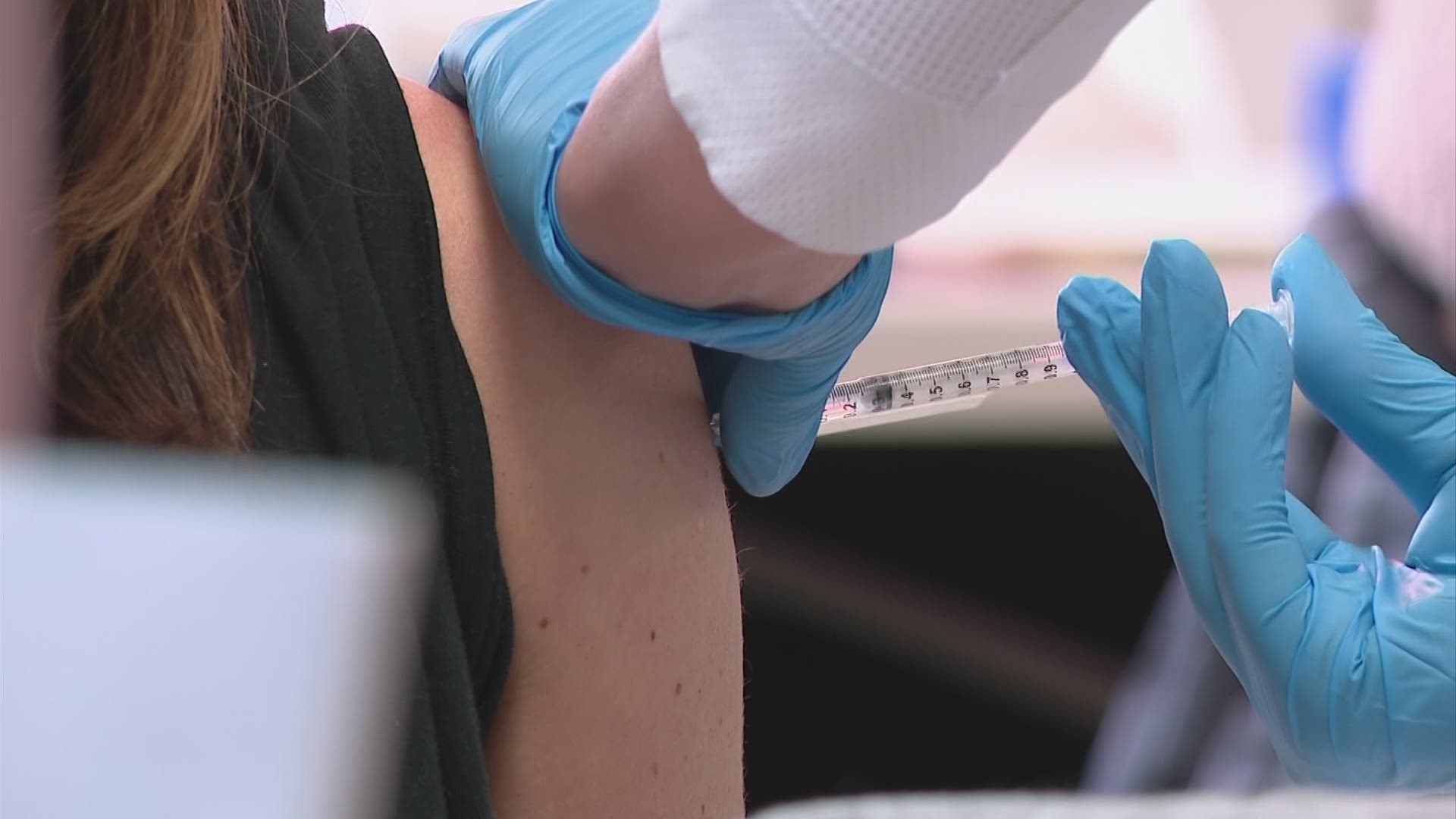 Ohio started its COVID-19 vaccination program two months ago. Some people have decided not to get the vaccine, something doctors say is "rolling the dice with your health."

Sen. Lang, who has beaten cancer and COVID, says for now he's going to pass on the shot.

Lang, his wife, and his 85-year-old mother-in-law, all got the virus in July and recovered.

He says it's what happened to an immediate family member after she got the shot that sealed the deal for him.

“That day she was totally paralyzed...she lost her ability to speak. It came back the following day but it happened within minutes after her taking the vaccine," he said.

The Ohio Department of Health's chief medical officer, Dr. Bruce Vanderhoff, says while side-effects do happen, they are rare and doctors know how to treat them.

“That's why we watch patients for 15 to 30 minutes after they get their shot because it's completely treatable. We know exactly what to do if they get an allergic reaction," Dr. Vanderhoff explained. "We know the vaccines are incredibly effective in keeping you, the person getting the vaccine, from getting sick from COVID-19.”

There are also questions about whether people who have recovered from the virus should get it.

According to a study in the British Medical Journal which regularly tested thousands of healthcare workers, people who have previously been infected with COVID-19 are likely to be protected against reinfection for several months but could still carry the virus in their nose and throat and transmit it to others.

The COVID-19 vaccine is engineered to help train our bodies to detect and terminate the virus before it wreaks havoc on our immune system.

The Moderna vaccine is 94% effective at preventing symptomatic COVID-19, after the second dose. The Pfizer vaccine shows it's 95% effective after two doses.

The shot is also full of controversy.

Dr. James Lyons-Weiler, CEO of the Institute for Pure and Applied Knowledge, argues the newness of the vaccine leaves a lot of unknowns. He says the medical community needs to acknowledge it.

“If we can agree that we don't know, then the public health officials shouldn't say that 'it's not likely to be due to...' The answer is, if we don't know we don't know. This study [Pfizer and Moderna] has to roll out for two years. We don't have any biomarkers about who should get a vaccine and who shouldn't. That would be a wonderful change to vaccine safety science and we can look at risk factors,” he said.

According to the CDC, about 10 or 11 cases per million of people vaccinated experience a side effect.

The CDC reports 70% of people who self-reported after they got the first dose said they suffered pain. 33% reported fatigue, 30% complained of headaches, 23% reported muscle pain and about 11% chills, fever, swelling or joint pain.

The CDC hasn't identified a single case in which the vaccine caused a person's death.

“It is natural for people to have some hesitancy about any new medication or therapy but I want people to be confident that these vaccines are very safe, they are very well tolerated,” said Dr. Vanderhoff.

While the vaccine isn't mandatory, many of those refusing to get the shot say it's about an individual's right to choose. Dr. Vanderhoff says he understands that but also asks people to consider this:

“Think about what this could mean for the quality of life for your life. We can't, as we go through our lives, go entirely thinking for ourselves. I think at some level we as a society function and thrive because of our caring for concern for each other,” he said.

Vaccine Tracking: All this week on 10TV News