The site will be able to administer about 6,000 shots per day and operate 7 days a week for an 8 week period. 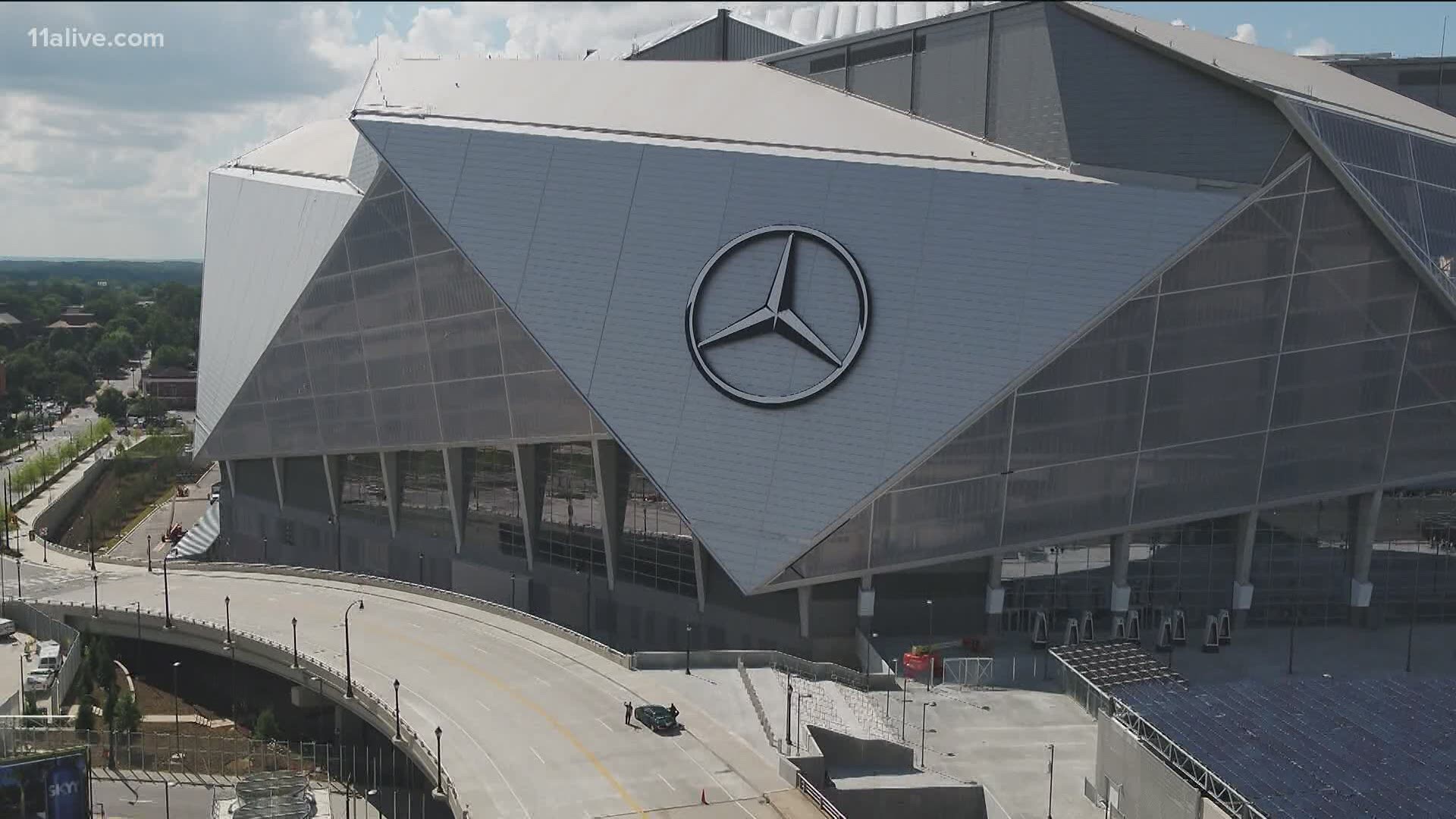 ATLANTA — Mercedes-Benz Stadium has been announced as one of FEMA's mass vaccination sites to provide coronavirus vaccines for what officials called an underserved community.

The stadium was one of two large facilities that was mentioned during Friday morning's White House Coronavirus Task Force briefing.

The site will be capable of administering about 6,000 shots in arms per day -- or about 42,000 doses per week -- and operate seven days a week for an eight-week period.

The White House is deploying federal teams immediately to work hand-in-hand with the state and local jurisdictions, and the site is expected to be up and running in the next two weeks.

The Community Vaccination Center will utilize primarily federal staff in support of state and local governments. Representatives from Fulton County, GEMA, Georgia DPH, FEMA and other supporting partners will be meeting Friday to develop the plans for site setup and operations.

During this pilot period, the federal government will provide limited direct vaccine allocation to the site through FEMA—as we do through federal entities for other federal programs.

The site was identified using a range of criteria, most central to those is the CDC’s Social Vulnerability Index. This tool was created to help emergency response planners and public health officials identify and map communities that will most likely need support before, during, and after a hazardous event.

Site considerations for the Mercedes-Benz Stadium location included its accessibility to and from public transportation – including MARTA Rail (Green and Blue Line GWCC/CNN Center, and Vine City stop), Para-transit (MARTA Mobility), and numerous bus routes – as well as its central location within metro Atlanta, allowing it to also serve eligible populations in DeKalb and Clayton Counties.

The stadium also has the adequate square footage, parking, and infrastructure capacity to meet the minimum requirements for this type of CVC.

"We appreciate the partnership between @FultonInfo, the Biden administration, @GeorgiaEMAHS, @GaDPH, and @MBStadium to get more vaccines administered in Georgia," Kemp said in the tweet.

“Governor Kemp is proud to partner with the federal government, Fulton County, and private partners to vaccinate more Georgians at the Mercedes Benz stadium. By working together at a federal, state, and local level, we can save lives and get Georgians back to normal," Kemp's press secretary, Mallory Blount said.

Atlanta Mayor Keisha Lance Bottoms also said she was very pleased with the move by the Biden administration.

In February, the mayor participated in a meeting with President Biden and a bipartisan group of lawmakers from across the nation at the White House to discuss ways to expand vaccine access to citizens all over the United States.

"Thank you to President Biden and his Administration for delivering on their commitment to the people of Atlanta,” said Mayor Bottoms. “Last month, I had the honor of joining a bipartisan group of governors and mayors at the White House to discuss the needs of our communities, particularly equity in vaccine distribution. Today's announcement further solidifies that the needs of the people of Atlanta remain a priority for the Biden Administration." 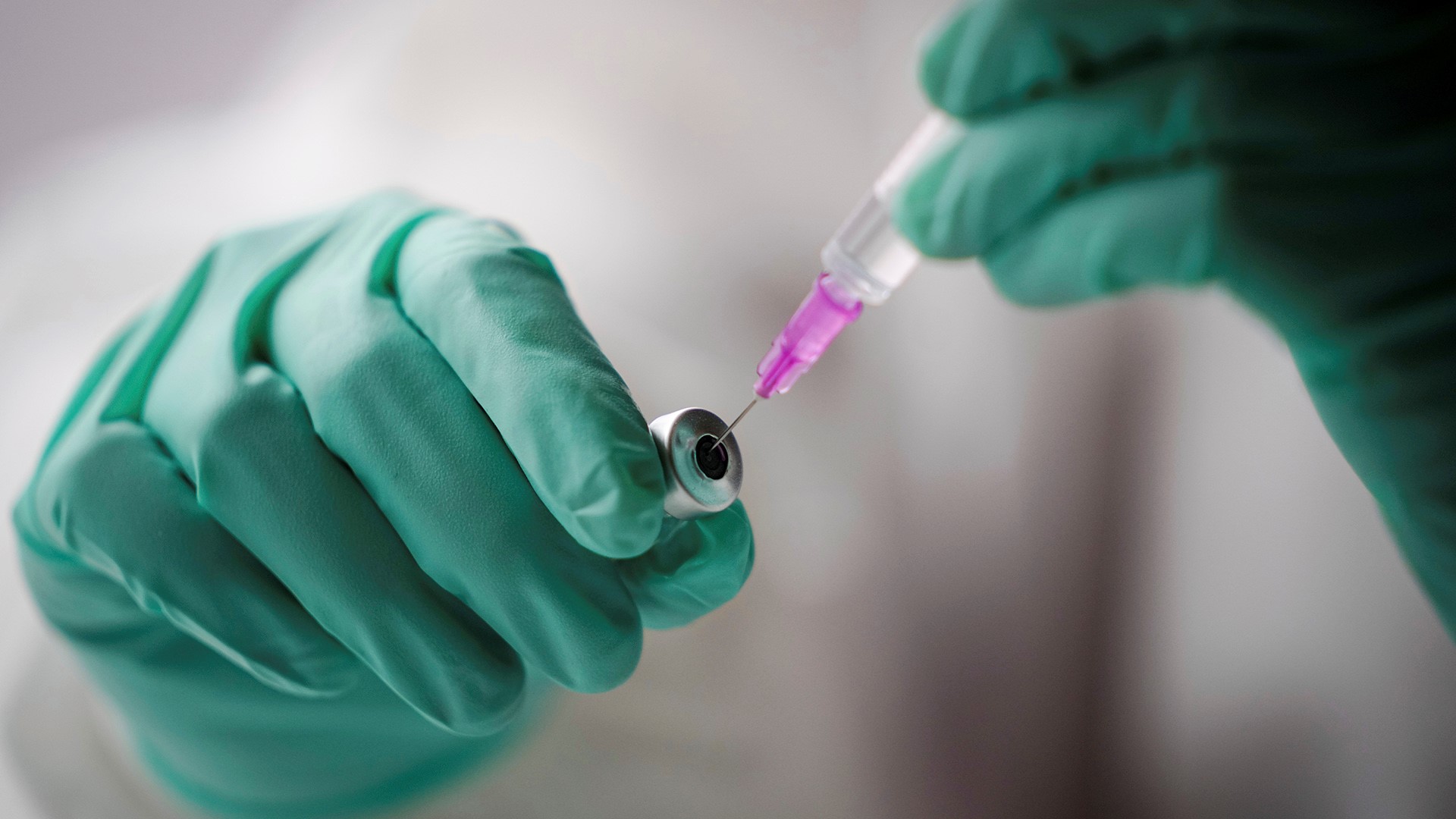 CDC says ages 18 and up should get booster shot