Gov. Kemp urges every Georgian able to get a vaccine to get one

The governor said that so far, Georgia has administered more than 2.7 million vaccines, and are expecting the supply to continue to increase. 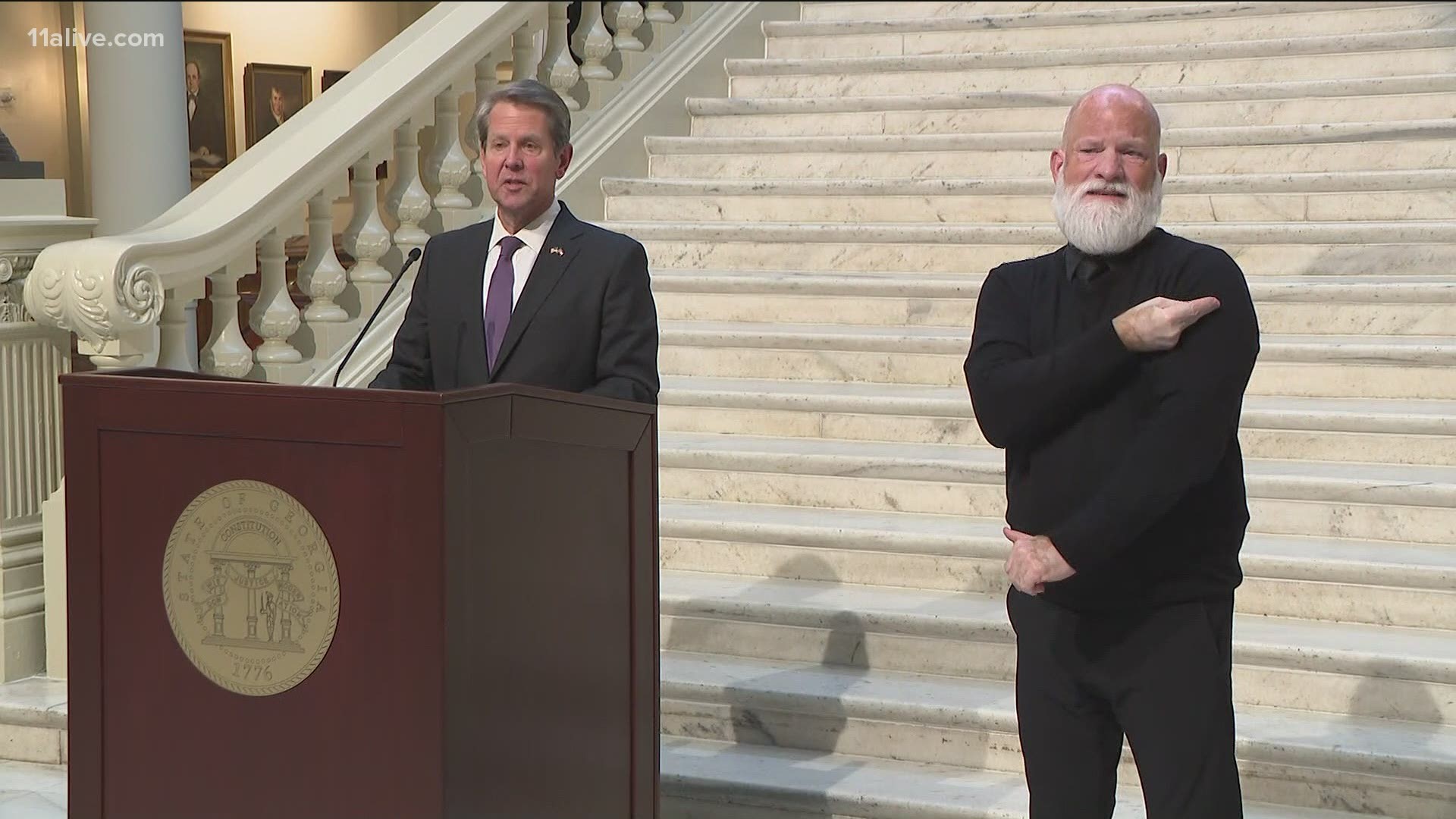 ATLANTA — Gov. Brian Kemp hosted another update on the state's COVID vaccine rollout, Tuesday, in which he highlighted the state's progress in administering doses of the vaccine and urged every person able to get a vaccine, to do so.

During the update, Kemp again played up Georgia's progress in vaccinating the state's most vulnerable - seniors in long term care facilities, early hotspots for the virus - boasting Georgia's rate of 70%, above the national average. And Dr. Toomey added that there were no reported outbreaks at those facilities this week, which she said "tells a story of what we can expect from the state as a whole."

The governor said that so far, Georgia has administered more than 2.7 million vaccines, and are expecting the supply to continue to increase. He said he still feels good about his original timeline for every adult in Georgia to be eligible for the vaccine by early April.

Kemp, while praising the partnership with the Biden Administration, said the state is anticipating a large increase of Johnson & Johnson vaccines during the week of March 29. He said it would "change the ball game" in trying to get more Georgians vaccinated.

Kemp and Toomey said that they are continuing to work to meet the demand for the vaccines - working to reallocate doses from parts of the state where they aren't being used as quickly. Both said they expect the new mass-vaccination sites - slated to become operational on Wednesday, March 17 - to help meet that demand and alleviate the frustration of booking an appointment.

They are also planning to send letters to private providers to make sure that doses sent to them are used within 7 days of them being received.

And on Tuesday, Kemp announced that judges and courtroom staff would now be eligible to get shots, given the "significant backlog" in the justice system.

"We believe it is vial to get third branch of gov back to running smoothly," Kemp said.

The new expanded vaccine access has made an estimated 5 million Georgians eligible for the shot.

Watch a replay of the live stream below.