Gov. Brian Kemp has given a number of public indications he will take the step of expanding access. 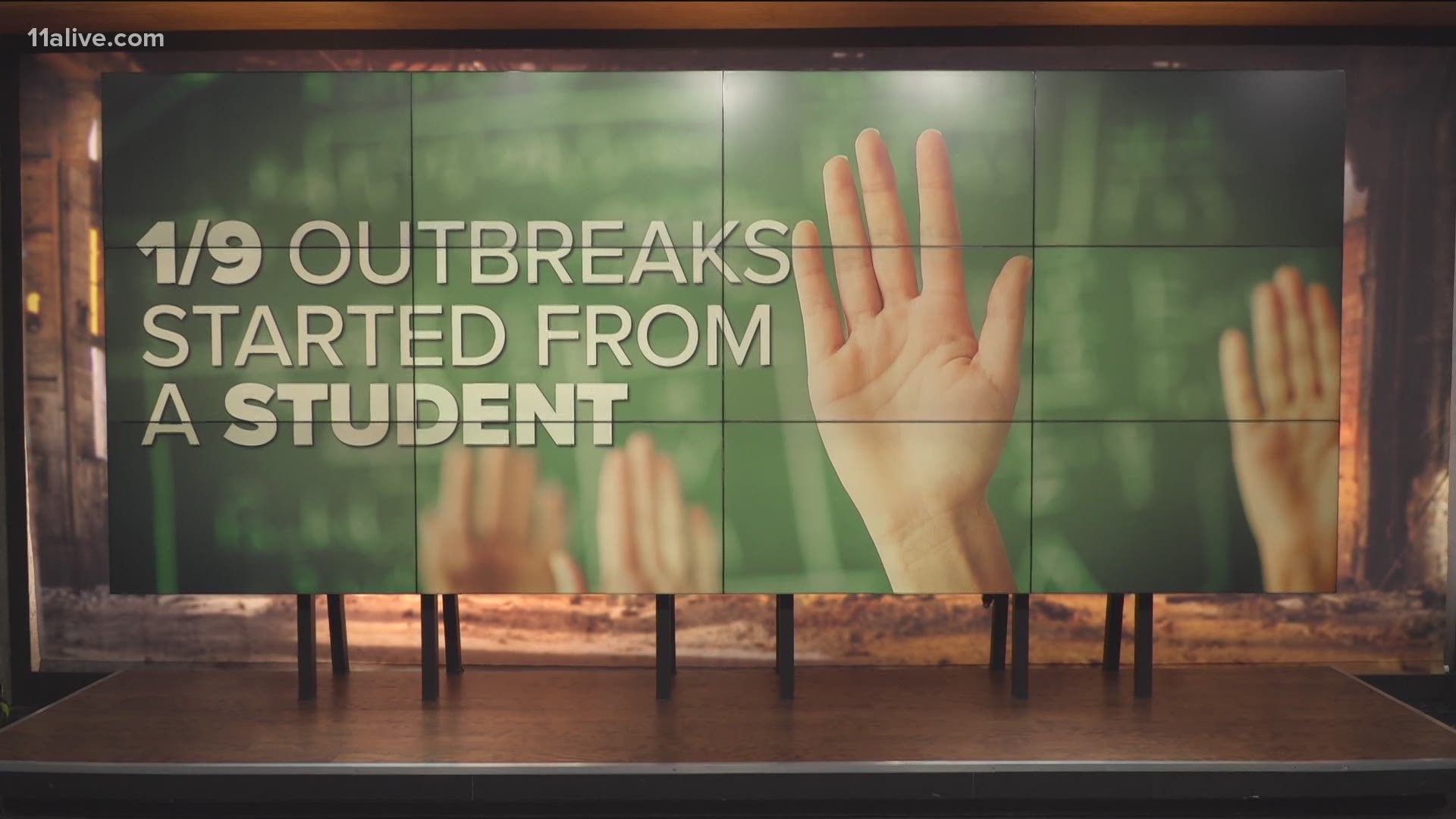 ATLANTA — Georgia is expected to expand COVID-19 vaccine eligibility to teachers in the coming days, after Gov. Brian Kemp has indicated with a number of public statements that the state is mapping out plans to expand vaccine access with educators front of mind.

This week Gov. Kemp said the state's public health team "will be finalizing our expanded criteria in the coming days" after laying out a two-week window in a press conference last week.

He went into detail on how schools are preparing for their staff to become eligible.

"Many superintendents have been actively working on this issue and I greatly appreciate their leadership in identifying ways to partner with other local entities to vaccinate their staff," he said. "We will now be working through that process along with (the Department of Education), Department of Public Health and local education leaders to ensure they have all identified a partner and are ready to get shots in arms as quickly as we can, once we are able to make that call."

He made reference to a survey that showed a roughly even split among Georgia education staff in wanting the vaccine. That could potentially make it easier to incorporate such staff who wish to be vaccinated sooner into the already-expanded pool of those eligible for the vaccine, which currently includes healthcare workers, residents and staff of long-term care facilities, adults 65 and over, and the employees of first responder agencies.

In resisting earlier calls to make teachers eligible, the governor has said the early-January expansion of eligibility - which gave access to adults 65 and over and first responders - created demand that the state's supply could not meet.

However, many in that pool have now been vaccinated, and supply is improving.

A study released this week by the CDC, which examined clusters of COVID spread within Marietta elementary schools, also adds urgency to those calling for teachers to receive vaccinations.

That study found in-school COVID transmission was driven more frequently by educators than students, with half the cases identified resulting from two clusters which "involved probable educator-to-educator transmission during in-person meetings or lunches, which was followed by educator-to-student transmission in the classroom."

The findings suggest such clusters of spread could be choked off with a large population of vaccinated teachers.

The governor has been a proponent of returning students to classrooms, saying on Wednesday that "our students need to be in school in person" according to a tweet by his press secretary.