Individuals will have until Tuesday, March 23 to get their first dose shots. 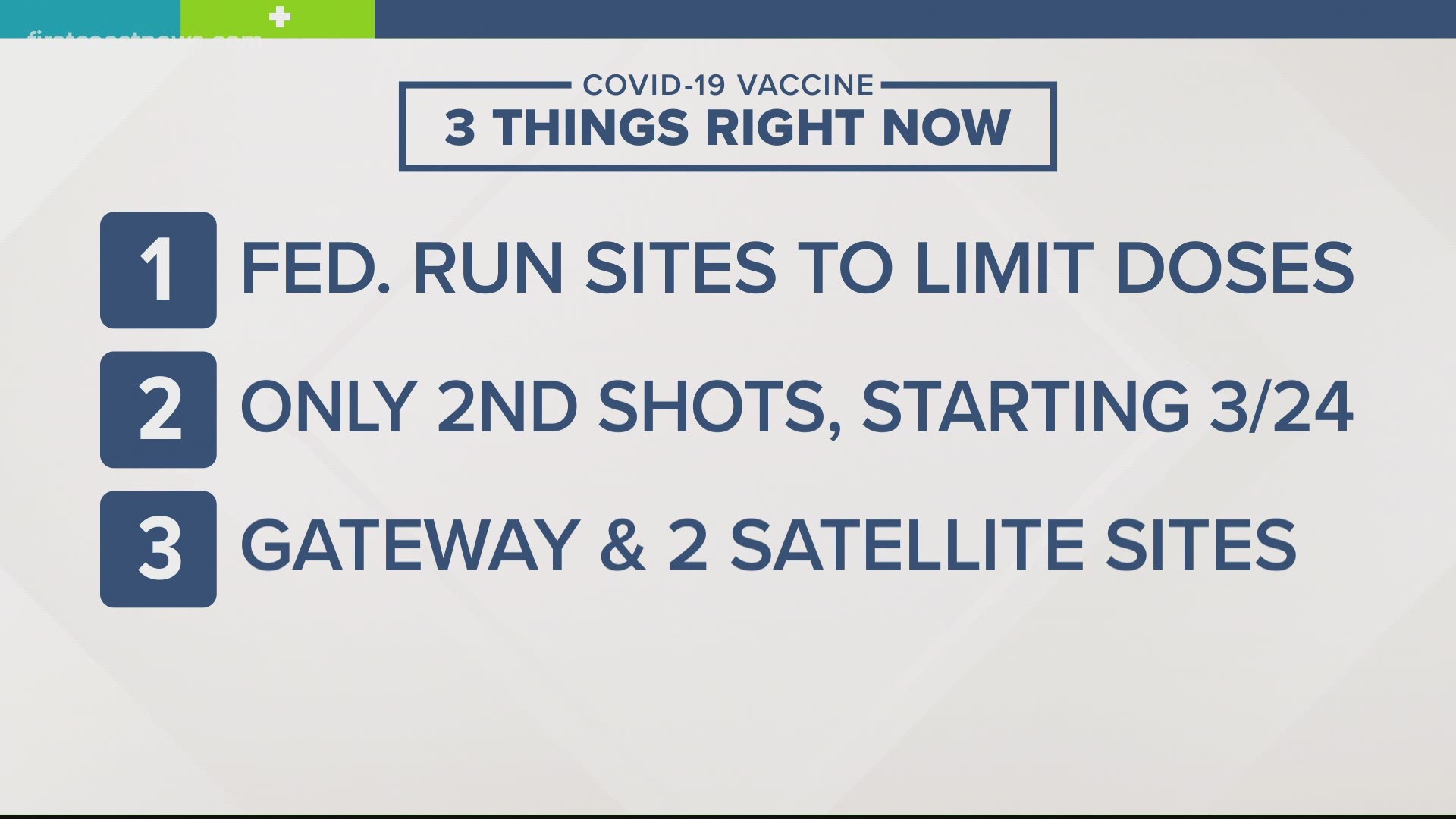 JACKSONVILLE, Fla. — The Gateway Mall federally supported COVID-19 vaccine site, along with its two satellite locations will stop giving first doses of the vaccine and only give second doses starting March 24.

The sites were designed to remain in their communities for only eight weeks. Gateway Mall is currently in its third week of operations. So, to ensure that all individuals are able to receive their second doses before sites stop operations, the state is only offering second doses for the next three weeks.

Individuals will have until Tuesday, March 23  to get their first dose shots at the sites.

Additionally, all satellite sites will return to their original locations over the next three weeks so all individuals who received their first dose at these sites can receive their second doses, according to state officials.

The Florida Division of Emergency Management said it will continue to post the satellite schedule online to reduce confusion.

For the last two weeks of operations from April 14  through April 28 the state is will be offering the one-dose Johnson and Johnson vaccine.

Officials said this will allow individuals who were not able to receive a COVID-19 vaccine the first three weeks to have the opportunity to be vaccinated.

At this time the state is working closely with the federal government to evaluate if these sites can remain open past April 28.

This operation may be extended based on a variety of factors, including, but not limited to, increased vaccine allocations and resource availability.