"With the governor’s announcement this week, it’s now more important than ever that we get these vaccines out,” said Dallas Mayor Eric Johnson. 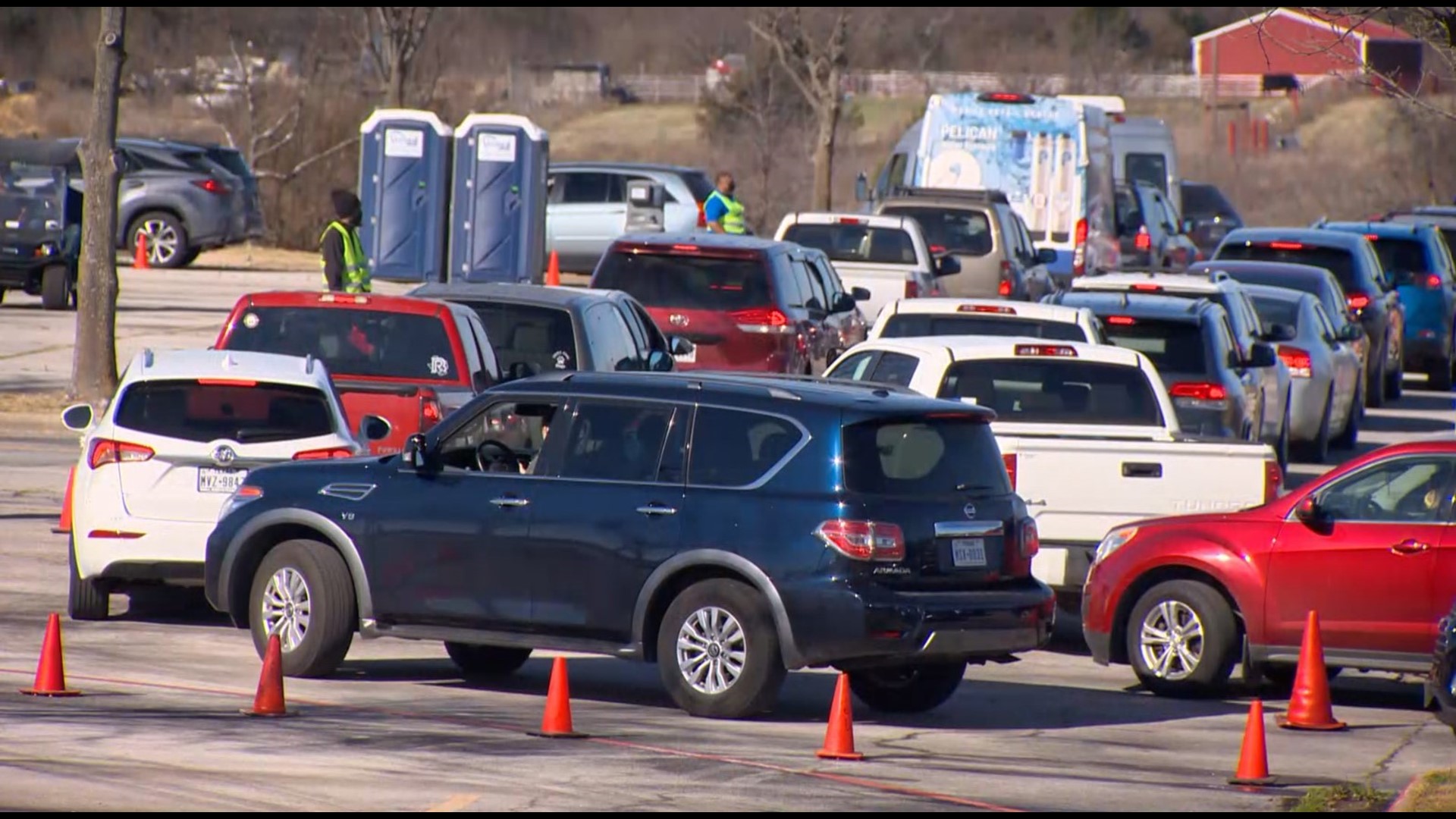 DALLAS — Hundreds of cars lined outside the overflow parking lot at The Potter's House in Dallas early Thursday morning. People waited patiently as the City of Dallas opened its latest COVID-19 vaccination hub.

“We’re going to win the game,” Mayor Eric Johnson said as staff with American Medical Response, or AMR, waited to administer doses of the vaccine.

North Texas residents like Maria Roberson arrived early. She’d been helping her mother register for a dose of the vaccine over several weeks.

"This is the first place that called. That actually gave us an appointment,” said Roberson.

The City of Dallas’ Emergency Operations team said The Potter’s House hub will initially distribute 1,000 doses of the Moderna vaccine per day by appointment.

The site is opening as the city works to phase out its vaccine hub at the Kay Bailey Hutchison Convention Center where doses will continue to be administered, for now.

"With the governor’s announcement this week, it’s now more important than ever that we get these vaccines out,” said Johnson.

The mayor and other city leaders are concerned about a possible spike in coronavirus cases in the coming weeks. Spring break and Easter are approaching, as the governor calls for lifting the mask mandate next week and reopening the state at 100%.

"I’m going to issue an order mandating that masks be worn at all city-owned buildings,” added Johnson.

The mayor said it is not the time for residents to let down their guard. Vaccine registration hubs will continue at sites across the city.

"We’re going to get through this pandemic folks,” said Johnson.

The vaccine distribution hub at The Potter’s House will be open Thursdays, Fridays, and Saturdays by appointment only.