Why countries are halting the AstraZeneca shot

The European Medicines Agency and WHO say the data available do not suggest the vaccine caused the clots and that people should continue to be immunized. 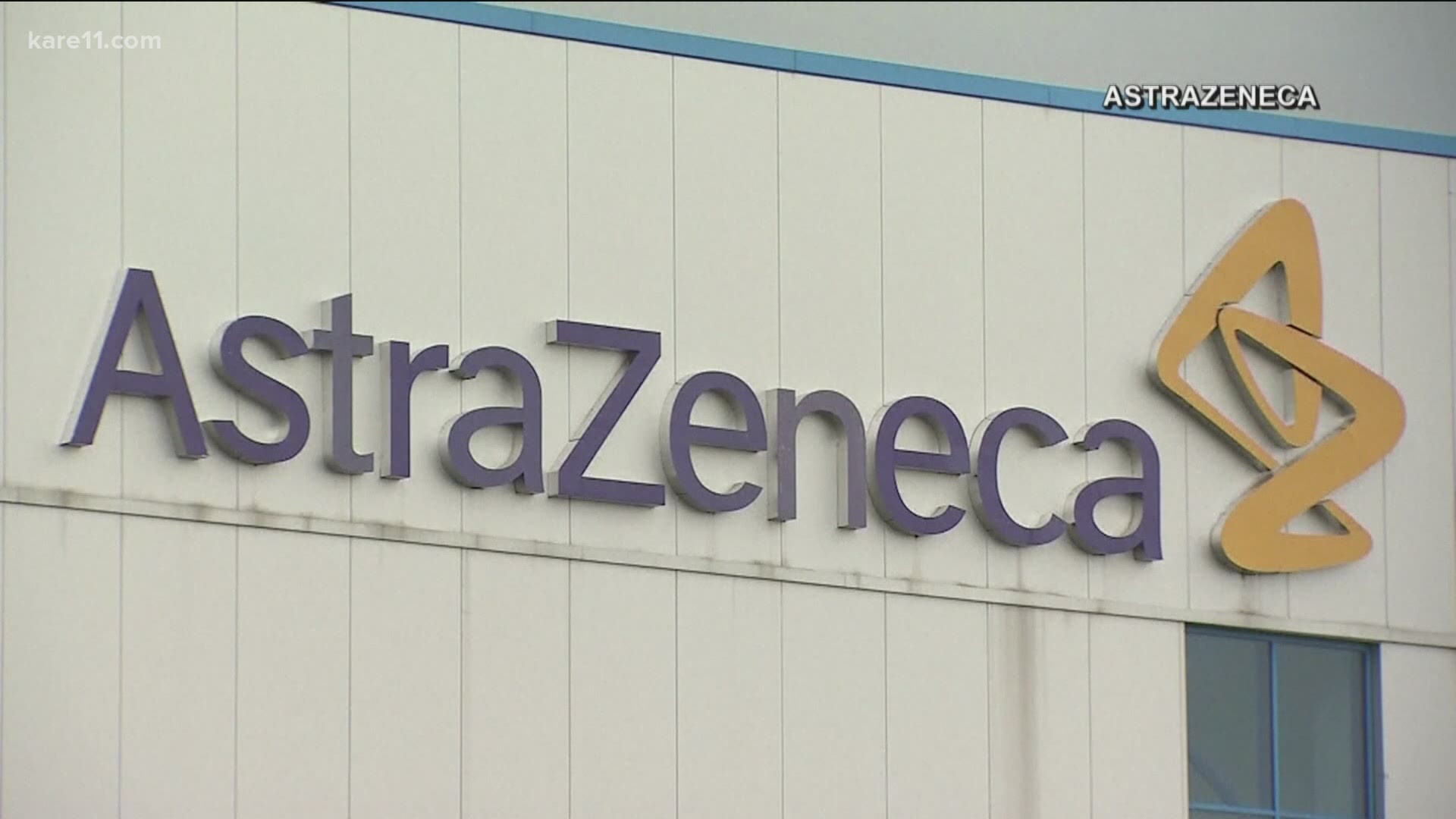 LONDON, UK — Nearly a dozen countries including Germany, France and Italy have all temporarily suspended their use of AstraZeneca's coronavirus vaccine after reports last week that some people in Denmark and Norway who got a dose developed blood clots, even though there's no evidence that the shot was responsible.

The European Medicines Agency and the World Health Organization say the data available don't suggest the vaccine caused the clots and that people should continue to be immunized.

Denmark was the first country to halt its use of the AstraZeneca COVID-19 vaccine last week after reports of blood clots in some people, including one person who developed multiple clots and died 10 days after receiving at least one dose. Danish health authorities said the suspension would last for at least two weeks while the cases were investigated, even as they noted that “at present, it cannot be concluded whether there is a link between the vaccine and the blood clots.”

Norway, Iceland, Bulgaria, Thailand, and Congo soon followed suit. On Saturday, Norwegian authorities reported that four people under age 50 who had gotten the AstraZeneca vaccine had an unusually low number of blood platelets. That could lead to severe bleeding. Shortly afterward, Ireland and the Netherlands announced that they, too, were stopping their use of the AstraZeneca vaccine temporarily.

Authorities in the Netherlands — like those elsewhere — said their suspension of the AstraZeneca vaccine was strictly precautionary.

“We must always err on the side of caution, which is why it is sensible to press the pause button now as a precaution,” said Hugo de Jonge, the Dutch health minister.

On Monday, Norwegian doctors announced that one of the people hospitalized after getting the AstraZeneca vaccine had died. After saying last week they would continue with the vaccine, German officials said Monday they would suspend its use after fresh reports of new problems, based on the advice from its medicines regulator. French President Emmanuel Macron said France too would suspend its use until at least Tuesday afternoon and Italy said it too would stop using the shot after conferring with other European governments. Spanish authorities said they were reviewing the situation.

In response to the suspensions of its vaccine, AstraZeneca said it had carefully reviewed the data on 17 million people who received doses across Europe and found there were 37 cases of people who developed blood clots. It said there was “no evidence of an increased risk” of blood clots in any age group or gender in any country.

“This is much lower than would be expected to occur naturally in a general population of this size and is similar across other licensed COVID-19 vaccines,” the company said.

IS THERE ANY PROOF THE VACCINE IS RESPONSIBLE?

No. The European Medicines Agency says there is “no indication that vaccination has caused these conditions." The EU regulator said its investigation into the reported blood clots had continued over the weekend and that a “rigorous analysis” of all data would be carried out in the coming days. To date, it said there was no evidence there was a higher incidence of blood clots in people who got the AstraZeneca vaccine than in those that didn't.

The EMA said it was convening its expert safety committee Tuesday and would hold an “extraordinary meeting” on Thursday “to conclude on the information gathered and any further actions that may need to be taken.”

In Britain, where 11 million doses of the AstraZeneca vaccine have been administered — more than any other country — there have been reports of about 11 people who developed blood clots after getting a shot. None were proven to have been caused by the vaccine.

Some doctors pointed out that since vaccination campaigns started by giving doses to the most vulnerable people, those now being immunized are more likely to already have health problems. Experts say that could make it difficult to determine whether a vaccine shot is responsible.

Blood clots that form in the arms, legs or elsewhere can sometimes break free and travel to the heart, brain or lungs, causing strokes, heart attacks or a deadly blockage of blood flow.

SO WHY DID THEY STOP VACCINATION?

Any time vaccines are rolled out widely, scientists expect some serious health issues and deaths to be reported — simply because millions of people are receiving the shots and problems would be expected to occur randomly in a group so large. The vast majority of these end up not being connected to the vaccine, but because COVID-19 vaccines are still experimental, scientists must investigate every possibility that the shot could have some unforeseen side effects. The shots are considered experimental because the vaccines were only developed in the last year, so there is no long-term data for any of them.

“People die every day, and we have more than 300 million people globally who have been immunized who will die of other causes,” said Dr. Mariangela Simao, an assistant director-general at WHO.

IS THIS A CONCERN WITH OTHER COVID-19 VACCINES?

The EMA is currently examining whether COVID-19 shots made by Pfizer-BioNTech, Moderna Inc. and AstraZeneca might be causing low levels of blood platelets in some patients, a condition that could lead to bruising and bleeding.

HAS ASTRAZENECA RUN INTO OTHER TROUBLE?

The vaccine has been approved for use in adults in more than 50 countries and has been proven to be safe and effective in research done in Britain, Brazil and South Africa. But there have been concerns raised about how the vaccine data have been released, and some European leaders, including French President Emmanuel Macron, have questioned the vaccine's effectiveness in older people, citing a lack of information.

Britain first authorized the vaccine based on partial results that suggested the shots were about 70% effective. But those results were clouded by a manufacturing mistake that led some participants to get just a half dose in their first shot — an error the researchers didn’t immediately acknowledge. When it recommended the vaccine be licensed, the EMA estimated the vaccine's efficacy to be about 60%.

The data on whether the vaccine protected older adults were also incomplete, leading some European countries to initially withhold the shot from older people.

In the U.S., the Food and Drug Administration suspended a study in 30,000 Americans for an unusual six weeks, as frustrated regulators sought information about some possible side effects reported in Britain.

“All the data we have seen about the AstraZeneca vaccine suggests it's very safe and is saving people from dying of COVID," said Dr. Paul Hunter, a professor of medicine at the University of East Anglia. “But this may be more of a perception problem because every time there is a vaccine issue, we hear the name ‘AstraZeneca’ soon after.”

SO WHAT ARE EXPERTS TELLING PEOPLE TO DO?

The WHO and the EMA — as well as regulators in several countries — say people should continue to be immunized and that the small risks of getting vaccinated far outweighs any potential harm.

“The safety of the public will always come first," said Britain's drug regulator. “People should still go and get their COVID-19 vaccine when asked to do so.”