President Biden said 230 million Americans have now been vaccinated. But if we're talking about people fully vaccinated, the number is much lower. 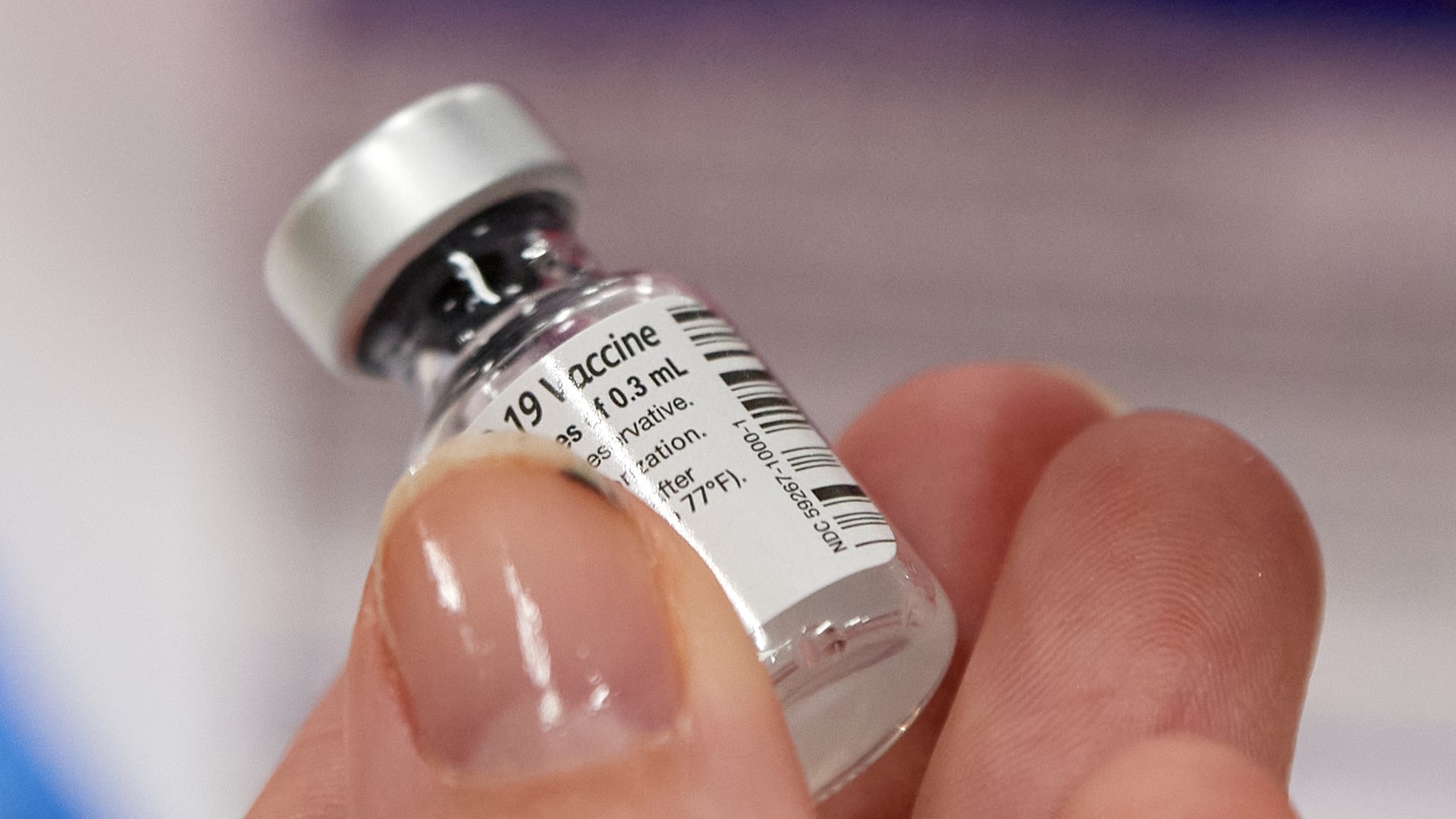 WASHINGTON — President Joe Biden on Monday vastly overstated the number of Americans who've been vaccinated against COVID-19. And when addressing the racial gap in vaccinations, he claimed progress that is not apparent in the statistics.

A look at his remarks in Portsmouth, Virginia:

BIDEN: “When I got elected, I said in the first 100 days we’d get 100 million people vaccinated. I was wrong; we got 230 million vaccinated.”

THE FACTS: No, he misstated both his promise and the results. Biden confused the number of shots administered with the number of people vaccinated -- those who have gotten the single Johnson & Johnson shot or the two shots required for either the Pfizer or Moderna vaccines.

Biden initially promised 100 million shots would be administered in his first 100 days, doubled that goal in late March, and surpassed it before the 100 days were up in late April. But many of those shots were second Pfizer and Moderna doses.

Altogether, more than 148 million people in the U.S. have received at least one dose and more than 107 million have been fully vaccinated — not 230 million. As of Monday, when Biden made his comments, almost 247 million shots had been given, according to the Centers for Disease Control and Prevention. That was up to 249.5 million Wednesday.

BIDEN: “All the talk about how people were not going to get shots or were not going to be able to ... we were told that was most likely to be among people over 65 years of age. But now people over 65 years of age, over 80% have now been vaccinated and 66% fully vaccinated. And there’s virtually no difference between white, Black, Hispanic, Asian American.”

THE FACTS: His claim about racial equity among vaccinated elderly people, also heard last week, has yet to be corroborated by public data. The White House did not respond to requests last week and Monday to support Biden's assertions.

As for the population at large, the racial gap in coronavirus vaccines has been widening, not evening out, according to an analysis of CDC data by the Kaiser Family Foundation. White people were much more likely than Black or Hispanic people to have been vaccinated.

The analysis found that the disparity in vaccination rates for white and Hispanic people grew from 8 percentage points March 1 to 13 points as of Wednesday, and the gap in rates between white and Black people grew from 6 points to 14 points in that time. Asian Americans were more likely than white people to have been vaccinated.

Biden was correct about the large percentages of people 65 and over who've been given shots. If anything, he slightly understated progress on that front. The CDC says nearly 83% have received at least one dose and nearly 70% are fully vaccinated.

EDITOR'S NOTE — A look at the veracity of claims by political figures.

Travis Pittman contributed to this report.