She lost her grandfather to COVID-19. Weeks later, she watched her mom take her last breaths over a screen.

The toll of COVID-19 has devastated one family. 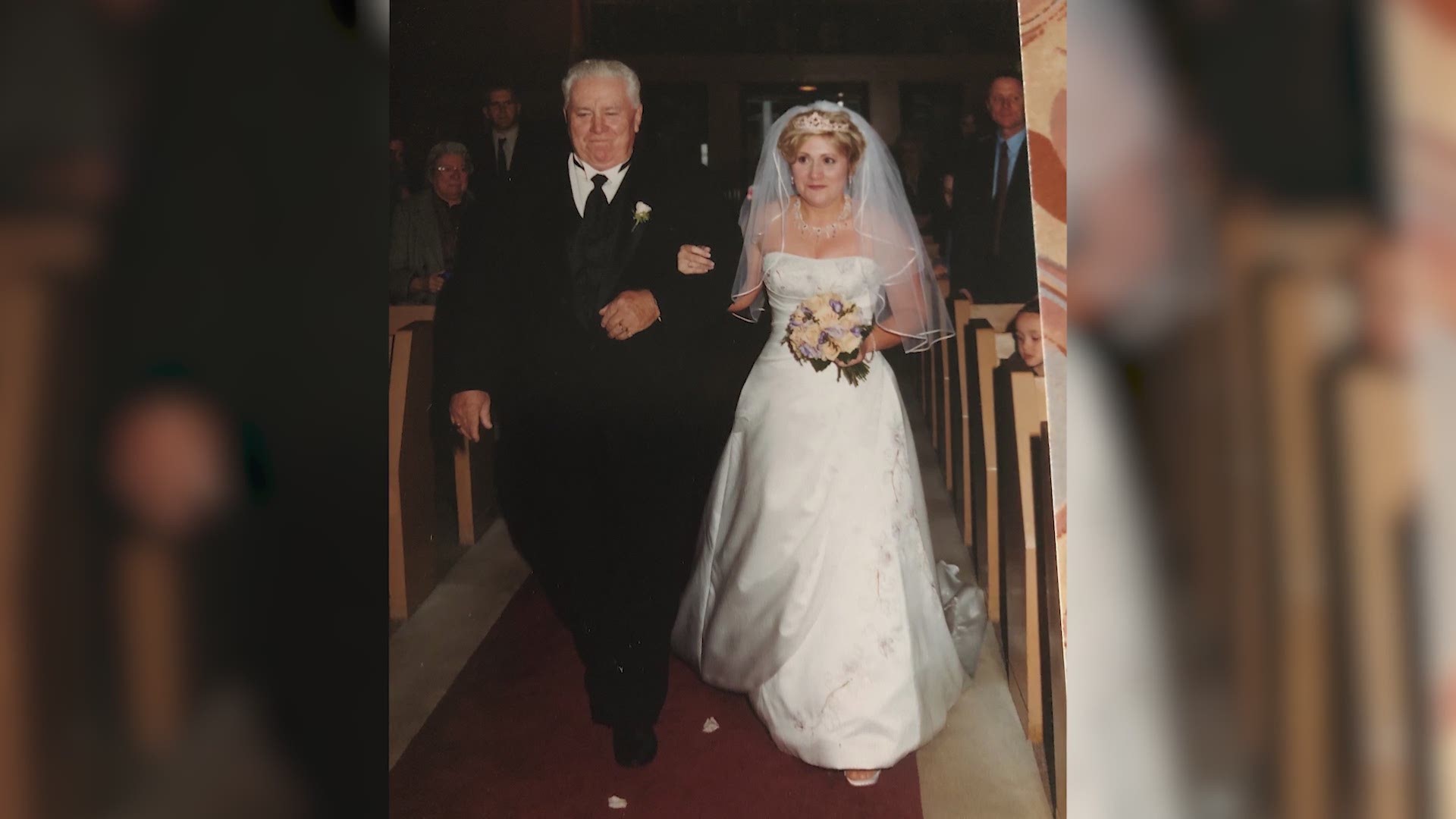 Trina Coleman remembers her grandfather as the center of their tight-knit family.

“My grandfather was my father to me. He walked me down the aisle,” she recalled. “He was just a stand-up guy. He stood in when I didn’t have a father around.”

Warren Coughlin, Sr. was 90 years old when he died from COVID-19, leaving behind not only his grandchildren but also his daughter.

"We just did a whole picture collage of my mom and grandfather, and in almost every picture, they were either eating or at the beach or swimming," Coleman said.

She described how her mother Deborah would decorate his room for holidays, and the family would often bring in cupcakes and pizza for him to enjoy. According to Coleman, “he still had the zest for life.”

That’s why when her grandfather was having respiratory issues, the family didn’t think much of it.

Despite hoping for the best, Coleman’s family was notified that their grandfather was failing. Her mother, a registered nurse, was let into Warren’s facility to say her goodbyes.

A few days after saying goodbye, doctors informed Coleman's mother that Warren had COVID-19. A half-hour later, they called and said he passed away.

One week after losing her father to the virus, Deborah tested positive, as well, and went on a ventilator.

"My mom had six girls. She raised all six of us,”  Coleman said. “She was really now just in the prime of her life, enjoying life."

The hospital called the family. There was nothing else they could do. Gathered together on a Zoom call, Coleman’s family watched her mother die.

"We did a Zoom meeting with the whole family, and we were all able to be there. All they did was shut down the ventilator, and in a few minutes, she went," Coleman recounted.

Coleman and her family are separated by hundreds of miles and unable to grieve together. They haven’t been able to have memorial services for either her mother or grandfather.

"My mom, one of the things she said was, 'Make sure you have a memorial service for your grandpa.' And I can't even do that. I can't honor her wishes," Coleman said.

The toll of COVID-19 has devastated her family.

RELATED: 'We haven't had closure' | Families waiting to have proper military burials for veterans due to pandemic

She told 11Alive she hopes her family’s loss will encourage others to take greater precautions against the virus.

"I hope that it helps people see that this really is a true virus that people need to be aware of,” Coleman said.

“Wear a mask, wash your hands," she added. "Just everyday life - be kind to people. Because you just don't know what's going to happen next."

'We have to choose hope': Hospital chaplain sees the impact of COVID-19 on healthcare workers

It’s like the cards are stacked against us': Homeless population fear shelters for possible COVID-19 exposure

'That’s what you do as a nurse. Our job is to help people'