Democrats have so far rejected a piecemeal approach, saying the next COVID-19 relief bill needs to move as a complete package. Both sides agreed to talk Friday. 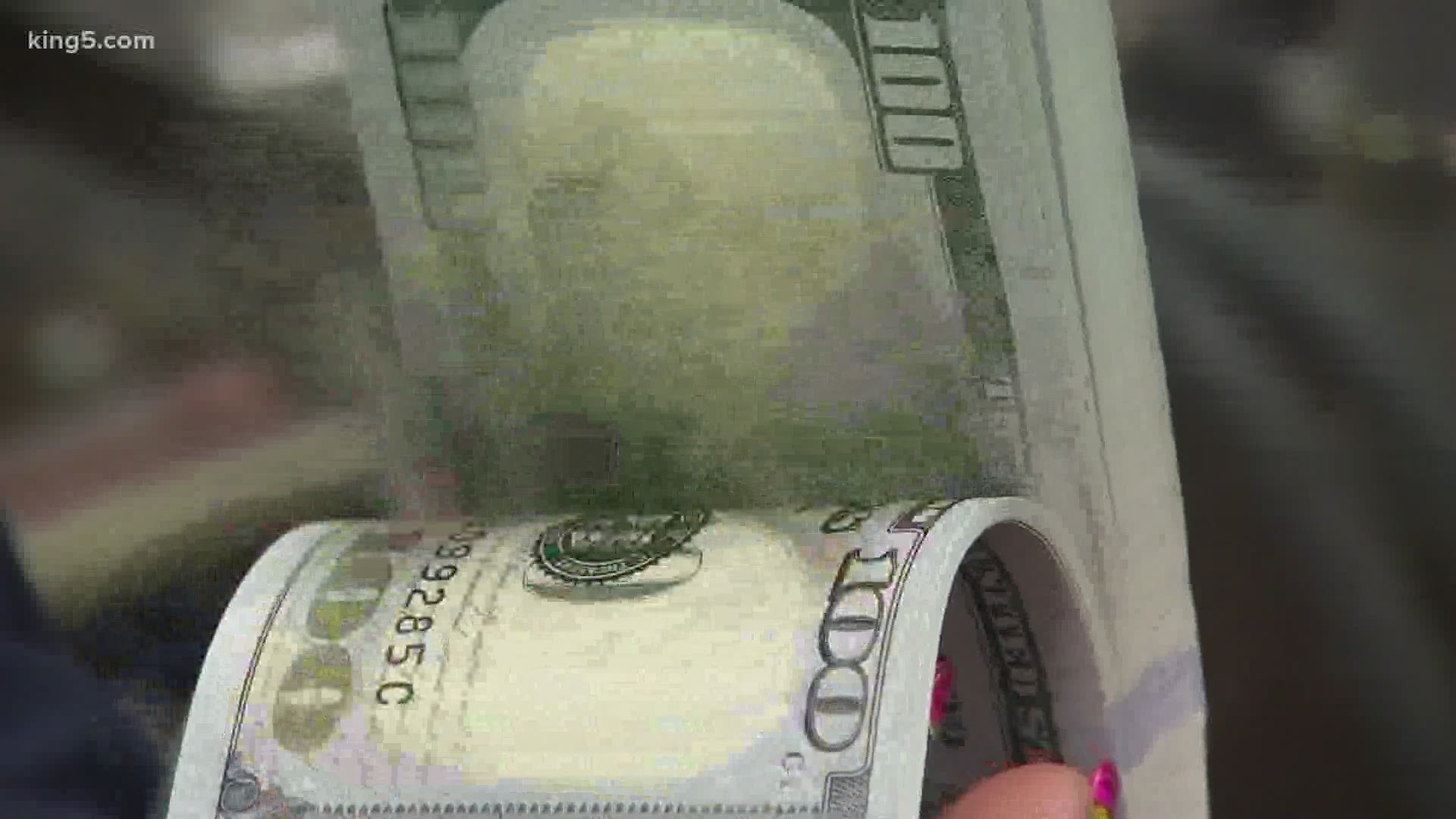 WASHINGTON — With aid expiring, the White House offered a short-term extension Thursday of a $600 weekly unemployment benefit that has helped keep families and the economy afloat during the COVID-19 pandemic, but Democrats rejected it, saying President Donald Trump’s team failed to grasp the severity of the crisis.

Democratic leaders panned the idea in late-night talks at the Capitol, opting to keep the pressure on for a more sweeping bill that would deliver aid to state and local governments, help for the poor and funding for schools and colleges to address the pandemic. Without action, the benefit runs out Friday.

“They want to do one small thing that won’t solve the problem," said top Senate Democrat Chuck Schumer after meeting with Treasury Secretary Steven Mnuchin and White House chief of staff Mark Meadows.

“We have to have a bill, but they just don’t realize how big it has to be," said House Speaker Nancy Pelosi, D-Calif.

Republicans have been fighting to trim back the $600 jobless benefit in the next coronavirus package, but their resolve weakened with the looming expiration of the popular benefit — and as Trump indicated that he supports keeping the full $600 benefit for now.

RELATED: GOP unveils 'HEALS' Act with another round of $1,200 stimulus checks

“We want a temporary extension of enhanced unemployment benefits," Trump said at the White House. “This will provide a critical bridge for Americans who lost their jobs to the pandemic through no fault of their own.”

He added: “It has to be substantial."

During the two-hour meeting at the Capitol, Trump's team offered a weeklong extension. But Democrats have so far rejected a piecemeal approach, saying the next relief bill needs to move as a complete package. The sides agreed to talk again Friday and into the weekend.

Before Trump spoke, top Senate Republican Mitch McConnell adjourned the chamber for the weekend while taking a procedural step that could allow voting on a potential compromise next week. Negotiators for the first time this week reported at least some progress.

“On certain issues we made progress. On certain issues we’re still very far apart," Mnuchin said after the two-hour meeting in Pelosi's office. “The speaker and Sen. Schumer said — and we feel the same way — that it is our objective to try to reach an agreement that’s good for the American people."

There continues to be agreement among Washington's top power players that Congress must pass further relief in the coming days and weeks.

Trump is eager for another round of relief, and it's also a priority for GOP allies like McConnell, as well as Pelosi and Schumer, D-N.Y. Democrats hold a strong negotiating hand — exploiting GOP divisions over whether more aid is even needed — and they are expected to deliver a necessary trove of votes.

Raising the stakes, a bleak government report released Thursday said the economy shrank at a 33% annualized rate in the second quarter of the year, a stark reminder of the economic damage afflicting the country as lawmakers debate the size and scope of new relief.

“This jarring news should compel Congress to move swiftly to provide targeted and temporary assistance to unemployed Americans, employers, and state and local governments, and liability protections for businesses who follow public health guidelines," said Neal Bradley of the U.S. Chamber of Commerce, the powerful business group.

But bipartisan talks have yet to reach a serious, productive phase. Democrats are playing hardball, insisting on a package that's far larger than the $1 trillion-plus measure unveiled by McConnell on Monday. Thursday brought more tit-for-tat.

“They won’t engage. Period," McConnell said as he opened the Senate. “The Democrats are saying, my way or the highway.”

Pelosi and McConnell have an extensive history, however. They often find ways to reach deals, though the process involves intense maneuvering and plenty of cross words.

McConnell showed a willingness in recent days to consider some Democratic priorities, like additional food aid. He and Trump have made plain they are intent on getting a bill.

Schumer continued his daily fusillade against McConnell and Republicans controlling the Senate, noting that McConnell “refuses to go in the room" and join the talks in person, instead transferring ownership of the talks to Meadows, along with Mnuchin, who has been a key architect of previous accords.

In another signal that Republicans are willing to yield on the $600 jobless benefit, Arizona Republican Martha McSally, who is facing a tough reelection race this fall, offered a one-week extension of the benefit on the Senate floor. Schumer blocked the move.

Other stark differences remain between the $3 trillion proposal from Democrats and $1 trillion counter from Republicans. Money for states and cities is a crucial dividing line as local governments plead for help to shore up budgets and prevent deeper layoffs as they incur COVID-19 costs and lost tax revenue in shutdown economies.

It’s clear that Democrats are trying to push an advantage in the negotiations because Republicans are so split over the prospect of additional government spending and jobless benefits. Among the issues sure to gather momentum is a Democratic demand for a 15% increase in food stamp benefits.

Trump appears worried about the expiration of the $600 unemployment benefit boost as well as an expiring federal eviction moratorium on millions of rental units, potentially sending households into devastating turmoil.