Many restaurants set up outdoor seating during the summer, but now they must adapt again ahead of the winter months. 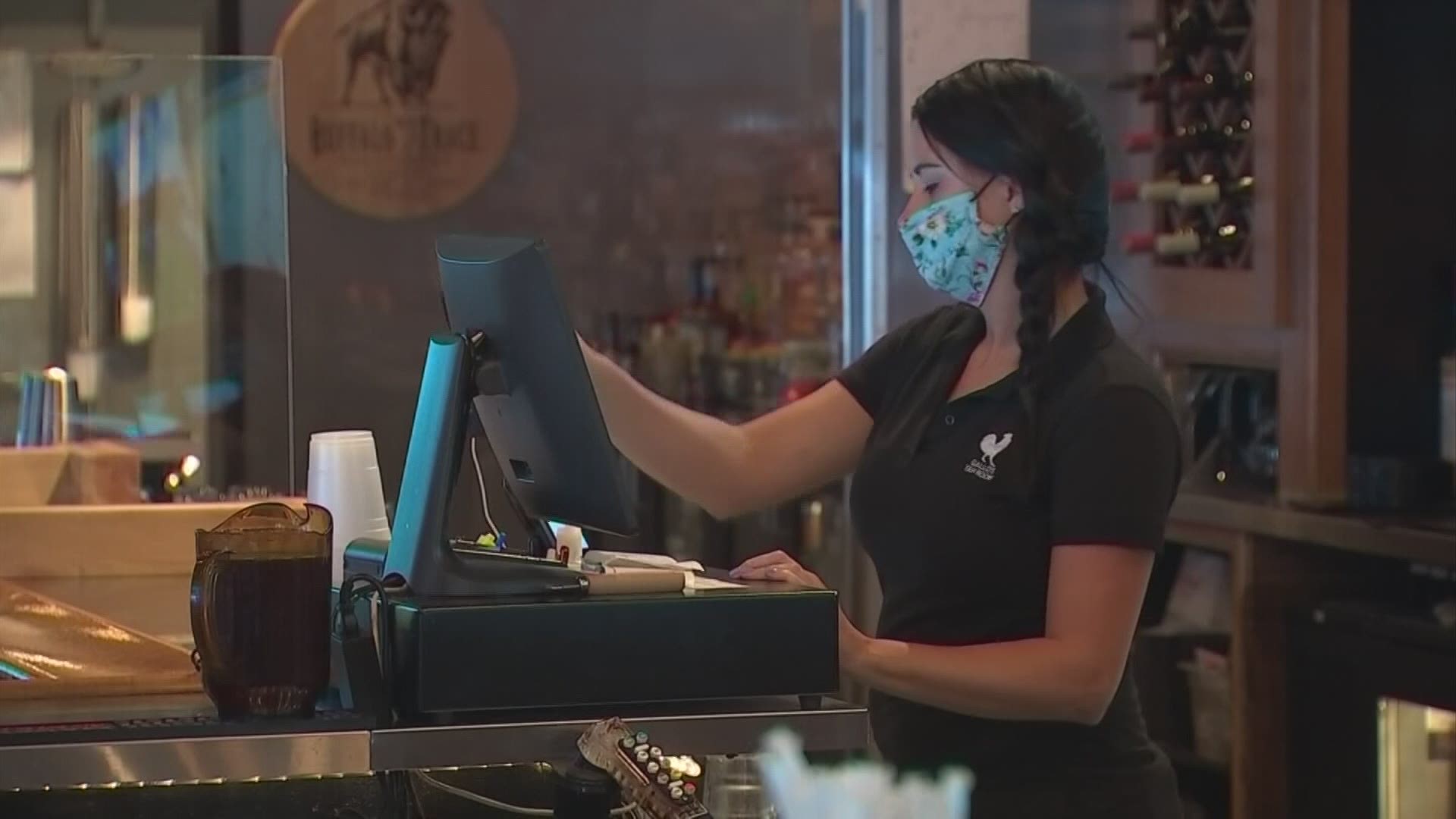 COLUMBUS, Ohio — Not only are restaurant and bar owners worrying about COVID-19, but also colder temperatures.

Many places set up outdoor seating for the summer to follow health protocols.

Now they are having to buy heaters and create new plans again.

“When I heard the bad news about us being in the red, you know, we just look at the staff, we re-double down on our efforts to keep them and guests safe,” said Kyle Hofmeister, co-founder of Gemut Biergarten.

Hofmeister's business is one of the places that is able to seat people outside.

“We got all the heaters in, propane heaters, electric heaters to cover the area. We held off on putting the tent up just yet cause as you know, this past weeks been kind of nice and we wanted to capture these nice sunny days on the patio,” Hofmeister said.

However, soon, the days may not always look or feel as nice.

Wolf’s Ridge Brewing is another place that offered outdoor over the summer. The co-owner said right now, those plans are up in the air.

“The patios still open, but you know, the weather changing and the inconsistency of it has made it really hard to do anything over the past couple of days and we expect that to continue up until the end of the month. We’ve not heard anything from the city whether or not that’s going to be extended," said Bob Szuter.

He is referring to the street dining pilot program in Columbus.

10TV reached out to the city and we were told they are working on having internal conversations in the coming days about the possibility of extending outdoor permits beyond October.

Some owners are hoping for more federal support, more funding.

As for Gemut Biergarten’s owner, he said he’s tried saving a lot of the money he got at the beginning of all of this. Going through another shutdown, he said, is always in the back of his mind.

“We are really pressing all of our elected officials in D.C. to help get that across the finish line, get a second round of the PPP, cause if not you’ll see another big wave of closures. We’ve also been talking to the governor and lieutenant governor, what can we do from the state,” said John Barker, the president and CEO of the Ohio Restaurant Association

The association is also launching a new program next month called "Dine Safe Across Ohio" where restaurants are promoted the week of Nov. 10.

The group is also asking people to consider donating to the Ohio Restaurant Employee Relief fund.