“It's very worrisome. It's very scary. It's trending very quickly in the wrong direction,” the governor said during a one-on-one interview with 10TV's Kevin Landers 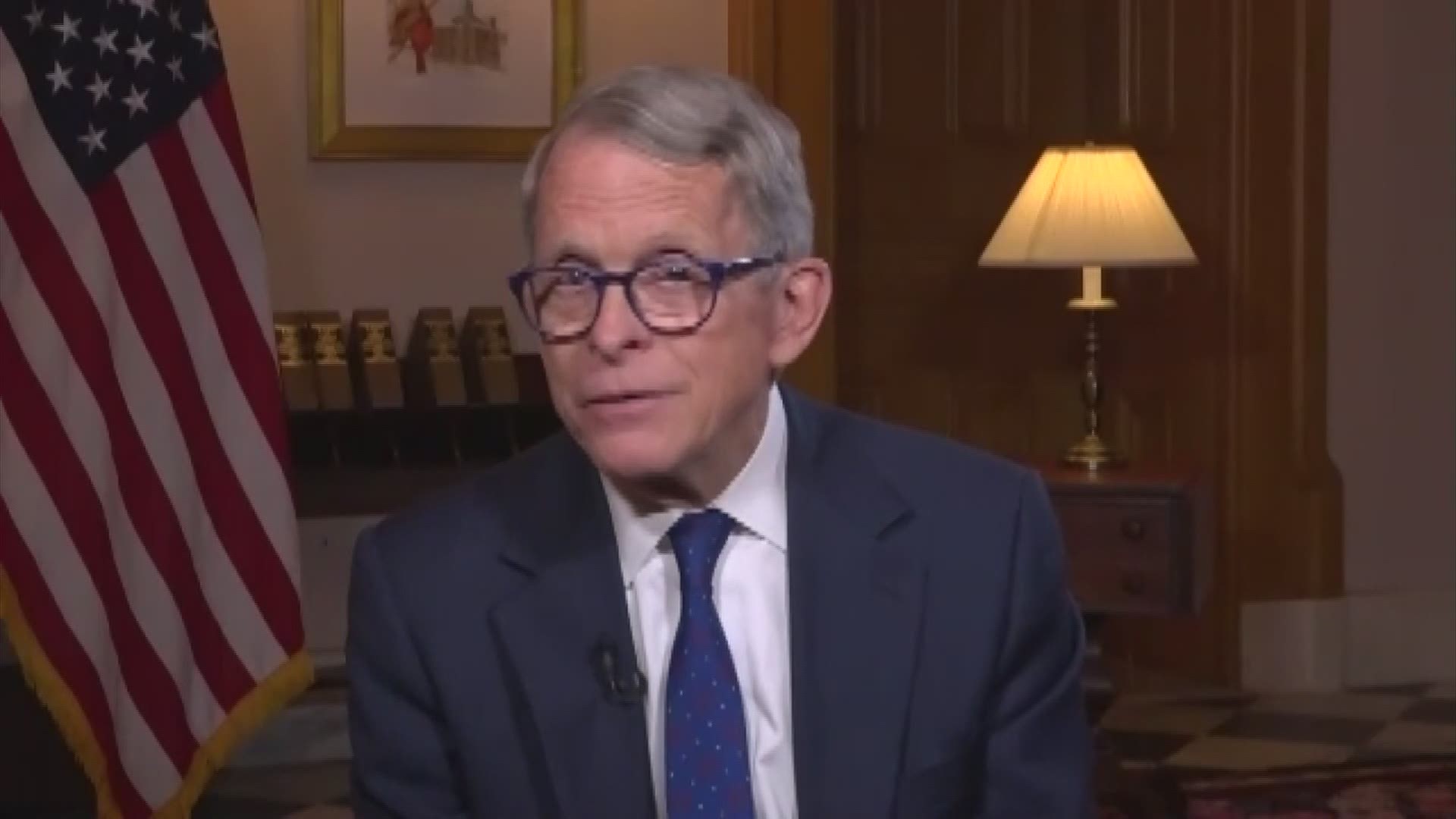 COLUMBUS, Ohio — Ohio Gov. Mike DeWine doesn’t like what he sees with the latest COVID-19 numbers in the state.

“It's very worrisome. It's very scary. It's trending very quickly in the wrong direction,” the governor said during a one-on-one interview with 10TV's Kevin Landers on Monday.

DeWine said Ohio is seeing "tremendous spread" of the virus in rural areas.

The governor listed Ross and Fayette counties as an example, saying the areas avoided much of the spread in the spring but now their numbers are "off the charts.”

In the past three weeks, DeWine said Ohio has gone from an average of roughly 1,000 thousand new cases a day to 2,000 cases per day.

For seven months, DeWine has preached the importance of wearing a mask in public and says now more than ever Ohioans need to mask up.

“I know people are sick of wearing masks, but we are headed into a very tough period of time and every expert says winter is going to be very tough. If we can get mask compliance up to 85 to 90%, we can keep our distance, we will get through this and we will not have to shut things down,” he said.

Meanwhile, college football is about to return this weekend, and the governor says while there won't be fans in the stadium, he worries about social gatherings that could help spread the virus.

“There is a concern. I am concerned as OSU comes back. We are very happy to see them playing again. We just ask people to be careful,” he said.

DeWine said he’s not sure when a vaccine will be made available but believes every Ohioan will have access to it by spring or summer. The state is preparing to distribute the vaccine when it becomes available. He said first responders and those living in congregate settings will be first in line.