'One shot at this season': Ohio State responds to reports of large groups celebrating Buckeyes' return

Ohio State said they believe most people were safe, but noticed others were not following guidelines during Ohio State's first football game of the season. 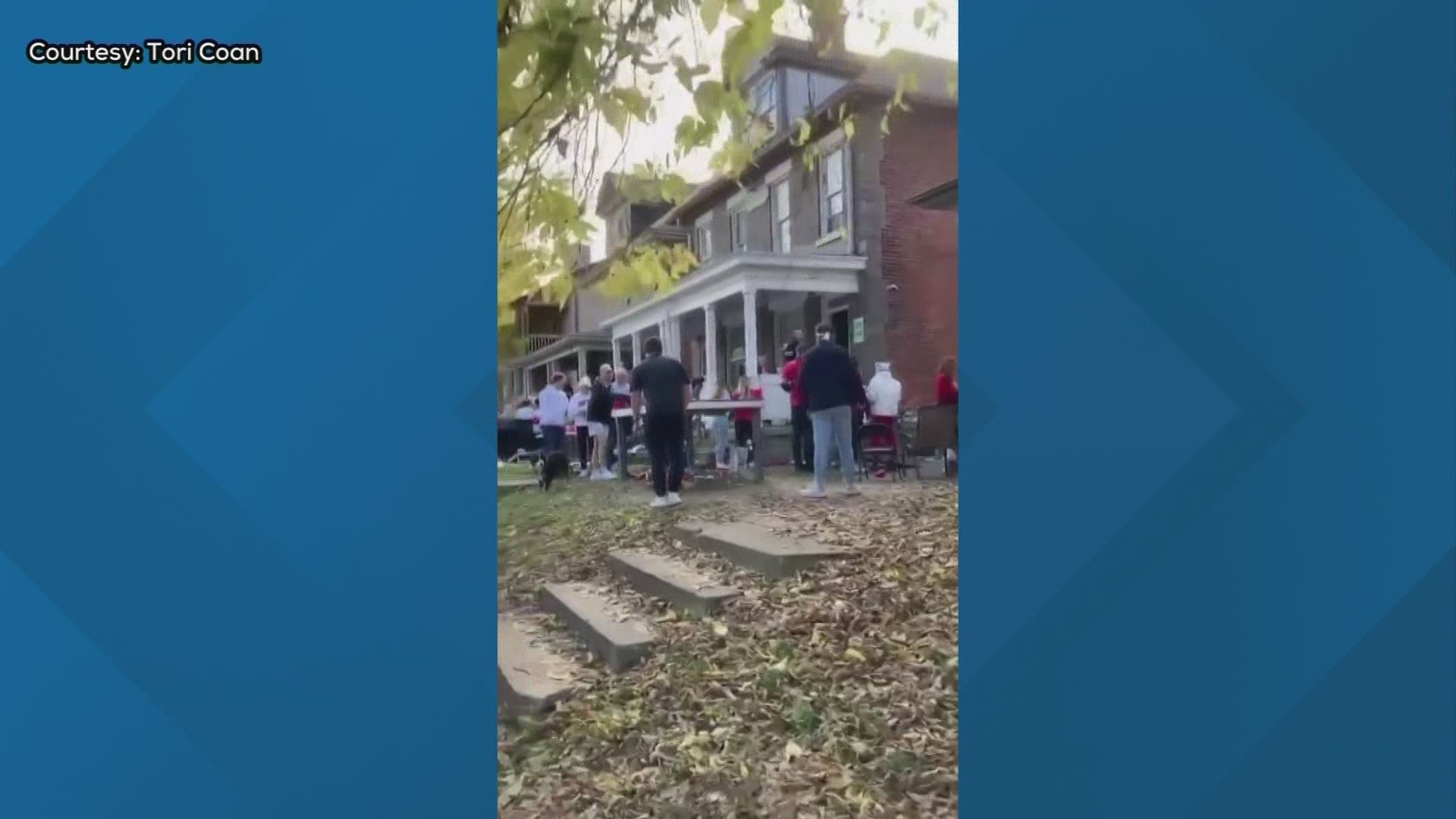 COLUMBUS, Ohio — While Ohio State football secured its first win on Saturday, students had mixed reactions on how others celebrated during the big game against Nebraska.

"It wasn’t as bad as I thought it would be,” Trever Vogel said.

Others, however, had a different takeaway.

“I was really disappointed with how students were taking it,” student Joshua Zentkovich said. “The amount of mass grouping and large non-mask wearing social distancing parties was just unbelievable to me."

He said when it came to the large groups, he saw on lawns near campus, he didn’t see many masks.

“The ones I was able to see, which were a majority, there was no care in the world for that. There was maybe one person in a group of 50 wearing a mask,” Zentkovich said.

Several videos began surfacing online Saturday morning and throughout the day. One woman, who took a few of the videos that spread quickly, said she took them near campus.

"We saw how many people were waiting to get into the bars, getting into restaurants. These massive lines and you know, everyone’s pretty much shoulder to shoulder, standing in line and don’t have their masks on. That’s not to say not everyone didn’t have their masks on, there were plenty of people that did and those people are awesome,” Raymond Tam said.

Tam is an Ohio State alumni. He said he was driving up High Street with his girlfriend on game day and noticed the large crowds of people waiting to get into off-campus bars.

“Obviously game day is huge. it doesn’t matter who we’re playing, it’s so engrained in the culture of Ohio State and Columbus, Columbus becomes a whole different place, everything ramps up on Saturdays during football season,” Tam said.

Tam feels there are still plenty of ways to celebrate, even if that means having to stay home and order food.

“It’s not like people are asking you to not have fun, to not enjoy this. It’s just be a little bit more cautious,” Tam said.

In the videos that have surfaced online, it is not clear whether or not these are students.

Monday afternoon, the Ohio State did release a statement to 10TV:

“While it appears the vast majority of fans cheered on the Buckeyes safely from home, we have seen some pictures of individuals who gathered in large groups without observing proper public health protocols such as physical distancing or wearing masks. We want to remind everyone that we only have one shot at this season, and every member of Buckeye Nation has a role to play in supporting the team and keeping our community healthy. Please make it a point to:

1. Make every game a home game by “homegating” safely and responsibly; and

We want to finish the semester strong and see the Buckeyes play into December and beyond. To do that, we must stay vigilant and follow the safety protocols that have been in place since the start of the pandemic. Ohio State is continuing efforts that have been in place all semester - partnering with Columbus Public Health, area businesses and landlords. We are also continuing our extensive efforts to engage with students off-campus. This past weekend, university staff stopped at more than 200 homes off-campus to reward students engaging in safe game-watching behavior.

More information can be found here.

Students we spoke with told us they understand it’s not easy for the university to track who is doing what, especially off-campus.

“For example, I live in a duplex and the other half of my house, I’ve actually reported them for throwing too large of parties before and the university couldn’t do anything,” Vogel said.