The only county in central Ohio to have a single positive case for the variant is Ross County. 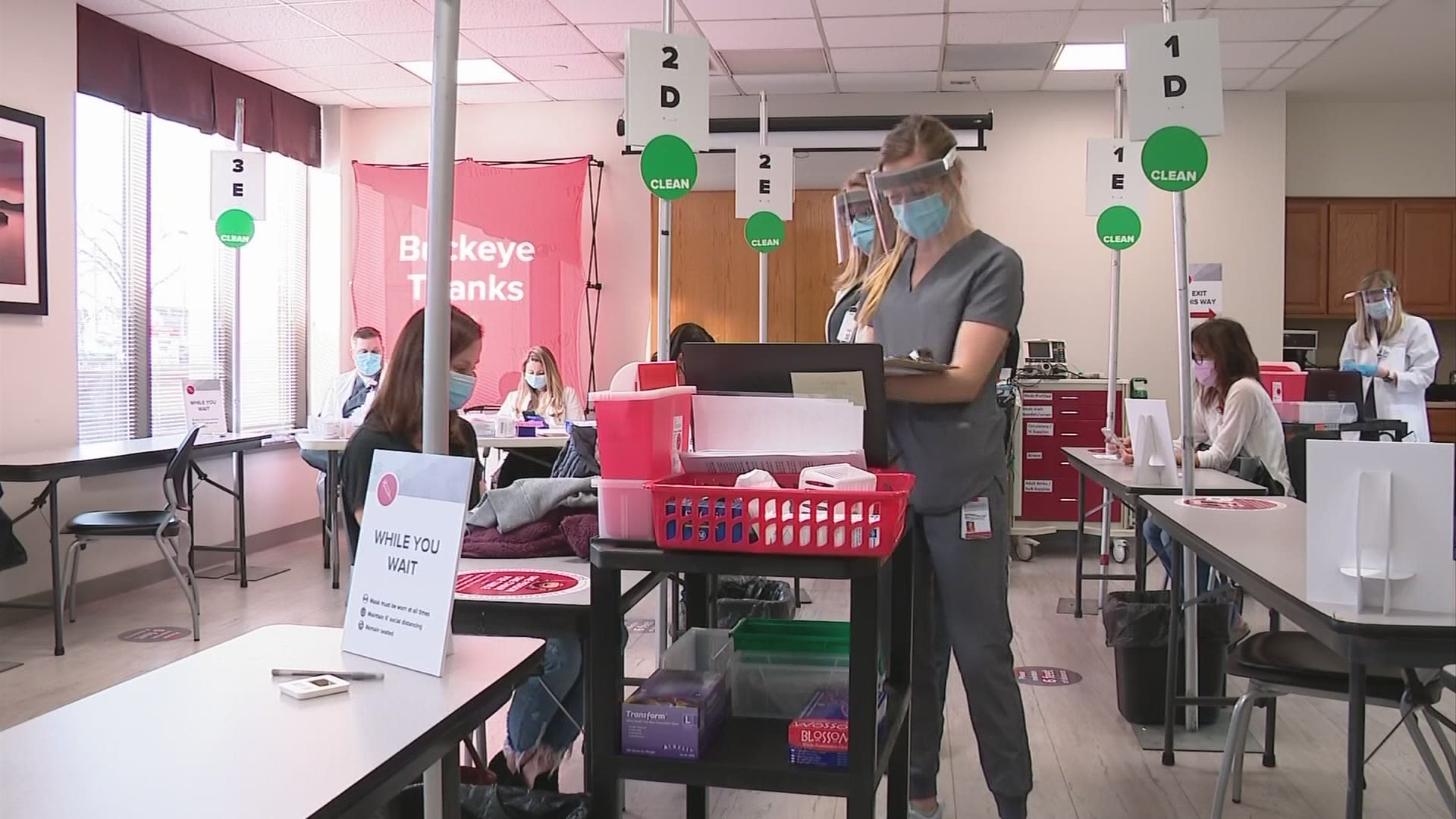 The Ohio Department of Health confirmed several Ohio counties have positive cases of the United Kingdom variant of COVID-19.

The only county in central Ohio to have a single positive case for the variant is Ross County.

The others include Cuyahoga County with four cases, Lorain and Medina County each have two cases and Hamilton and Portage County have one case each.

The good news, according to the state's medical director, is the current vaccines are working to keep more people from getting sick.

“What I'm not worried about is the ability of our vaccines to protect us,” Dr. Bruce Vanderhoff said.

The variant, known as B.I.I.7, immediately became the dominant form of the virus in Britain. Dr. Vanderhoff predicts the same for Ohio.

But Dr. Vanderhoff cautions people not to panic.

“We should not be looking at the arrival of the variant as a cause for undue alarm,” he said.

Because he says, the vaccines are doing their job. However, the variant, he says is more infectious than the one we are dealing with now.

“The way to think about it is, it's stickier it's made itself better able to stick to the receptor on our cells that it needs in order to infect us,” he said.

The CDC is tracking several variants detected in the United States, you can view the map here.

He says the best way to keep the virus from winning remains by wearing a mask.

“A mask only works if you have it on. We want people wearing a two-layer cloth mask or a commercial medical mask or k-95 mask,” he said.

Dr.Vanderhoff says while he is still waiting to get his vaccine, he is encouraging others who qualify to get it because he says if there is one thing about the medical community is certain of: ”The variant is not just going to lie down and go home,” he said.

Editor's Note: This story was updated to correctly state that Dr. Bruce Vanderhoff said anyone who qualifies *should get the COVID-19 vaccine. A previous version erroneously stated the doctor suggested otherwise.