Billy Stratford is living in a Newark long-term care facility, separated from his wife back home in Mt. Vernon, with strict visitation restrictions back in place. 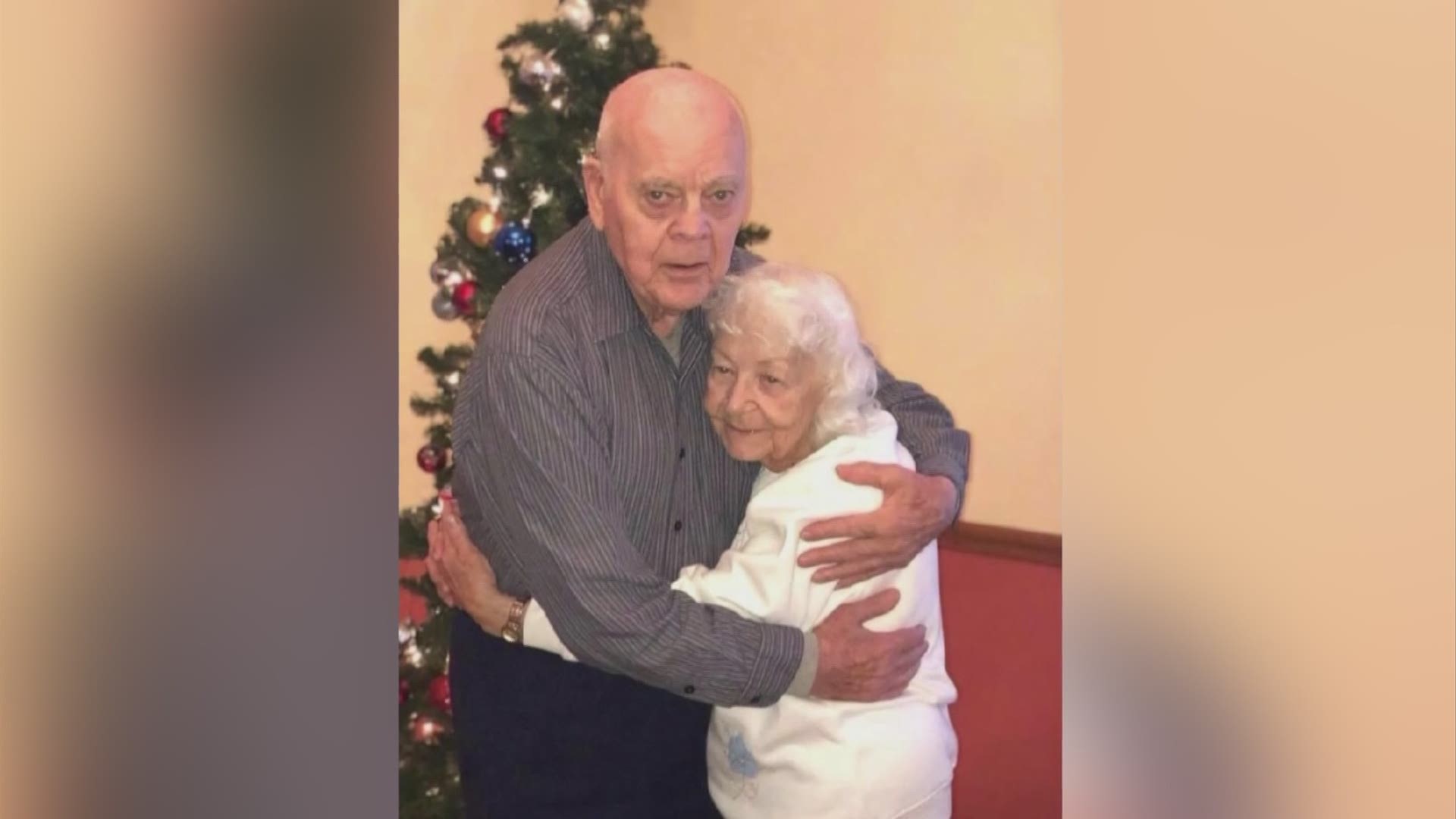 March 11 was the last time Donna Stratford touched her husband of 69 years.

She lives in Mt. Vernon, but her husband Billy lives at Altercare, a long-term care facility in Newark. She says it’s the best plane for him to receive the care he needs for his dementia.

“I can’t hardly stand it because I can’t see him,” she said.

That meant celebrating their 69th wedding anniversary this past May apart from one another.

“We couldn’t do anything this year,” she said. “My family came and spent some time with me because they knew how lonely I was. But I didn’t get to see him.”

On other occasions, Stratford has been able to visit her husband, but it has not been the same. She says he sometimes doesn’t understand the visitations or why he can’t leave with his wife.

And, while the nursing staff assures her he quickly forgets any pain that might cause, Stratford points out she does not. The pain stays with her long after she leaves.

“When he would come out, and he would start toward me, they would guide him to the other side, and I had to turn my head to cry because, if he’s seen me cry, it would upset him,” she said. “But we couldn’t even touch hands, we couldn’t get a hug or anything.”

Visitation at the facility did open up again back in August, but after a period of time where both inside and outside arrangements were made, the facility is once again essentially locked down, as are many others, because Licking County is back in the red on the Ohio Public Health Advisory System.

Stratford says she would like to see Gov. DeWine ease the restrictions, allowing some sort of visitation, even if it meant dressing up in full PPE for each visit.